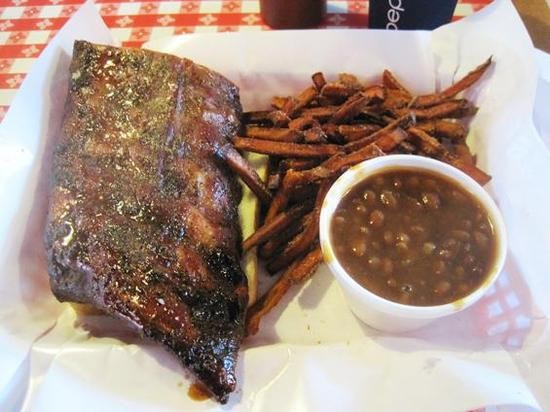 The magazine is currently running an online poll for the "Most Life-Changing BBQ Ribs". Pappy's faces competition from eight other barbecue joints, including such well-known spots as the Salt Lick in Driftwood, Texas, and the Rendezvous in Memphis, Tennessee.

At last check, however, Home Team BBQ of Charleston, South Carolina, was running away with the vote.

I have yet to find the poll's closing date, but if you want to support Pappy's -- or you're a partisan of one of other barbecue spots -- you should probably vote sooner rather than later.