"Alice's Restaurant" on KSHE: Less Than a Day Away! 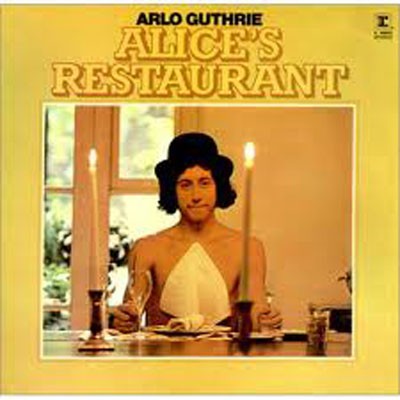 You can keep your Turkey Day Game. Hell, you can keep your turkey. For generations of St. Louisans, Thanksgiving Day's sweetest meat is served at noon when Arlo Guthrie's "Alice's Restaurant" settles in for its beloved annual eighteen-minute residency at KSHE 95.

But even Balis isn't sure when KSHE started playing the song: As a tradition, it was already firmly in place by the time he got to the station in 1976. "Alice's Restaurant Massacree," the song's official name, is the first track from the album Alice's Restaurant, which was released in 1967 -- the same year KSHE 95 hit the air. (Conspiratorial side note: Has anyone ever seen Rick Balis and Arlo Guthrie in the same place at the same time?)

We've always wondered what the DJ does in the studio after he drops the needle on this eighteen-and-a-half minute opus. So many options. In that time frame, you could fly halfway to Chicago! You could listen to "Runnin' with the Devil" almost six times! If you're anything like us, you could open and finish the day's inaugural beer! We have a call in to KSHE to see if one of its DJs will let us in on their little secret.

UPDATE: Though a KSHE DJ hasn't yet responded, Balis did: "What does the DJ do during the broadcast of 'Alice's Restaurant'? Heck, somebody has to peel the potatoes for my mashed potatoes!"

We'd recommend doing so with a cold one.

In the meantime, whet your appetite with this: