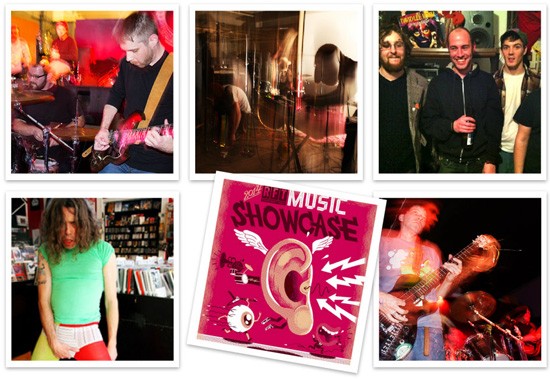 Britches' snotty noise-rock brings to mind the no-wave movement of turn-of-the-'80s New York, when bands like the Contortions and Theoretical Girls combined punk rock with atonality and jarring textures. Where those bands reverse-engineered noises from conventional rock instruments, Britches capitalizes on the infinite sonic palette provided by modern-ish technology. Head-scratching tones ("Is that a wind sample or some kind of phaser?") create chaos over droning, mechanical-but-not-electric drum beats, and singer Martin Reutter has the panache of a cult leader -- that is, when he's not screaming his balls off. -Ryan Wasoba

Catholic Guilt masterfully manipulates sound and environment, often incorporating costumes and props with ritualistic properties that temporarily transform venues -- and basements -- into mystical temples for the criminally insane. Sean Burk, Joe Stein and Nick Zengerling share a relaxed psychic connection onstage, riding each other's weird entropic trips on an ever-rotating set of instruments. Catholic Guilt has rejected the tedious tyranny of song structure and setlists; no two performances are alike. This commitment to spontaneity demands some reciprocity from the group's fans -- audiences must abandon preconceived expectations of what a show should be, allowing the synapse-scrambling stylings of Catholic Guilt to invade their brains. -Jenn DeRose

A purveyor of rock both chopped and warped, the Conformists' sets tend to play out like a series of musical inside jokes, but not necessarily for fun -- the band shows what an alternate future might look like had the Jesus Lizard and Melvins rose to mainstream fame. But even in that context, the Conformists would still be a sideshow. Songs hit with considerable heft, feeling massive and heavy without the masculine pandering of modern metal. Drummer Pat Boland brings a surgeon's precision to the kit, matching the band's texture with sharp, specific beats while both guitar and bass occupy bold tones within wiry riffs. Repetition is present, but mostly meant as a tool to confuse, and before the listener catches on to the act the band has moved on. Recommended for the A.D.D.-addled child within us all. -Joseph Hess 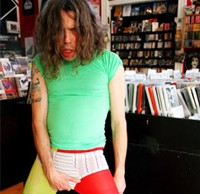 We can count the number of no-wave cults in St. Louis on one hand, with one finger. Skarekrau Radio resembles some sort of rock band perverted by cross-dimensional forces. The drums are force fed into a morphing body of guitars while vocals flow like free-form poetry. The resulting songs feel loose-fitting but rarely devolve to complete, atonal noise. There are hooks to be had here, and while some sing-song chorus might creep out from under the muck, Skarekrau Radio remains an acquired taste. And what of its cultlike shows rife with bare skin and debauchery? Drink the Kool-Aid. You might like it. -Joseph Hess

Fervent riffing wraps guitars in an audible conversation where tone and texture take precedence over musical notes. That isn't to say Yowie isn't musical -- the structure tends to reflect classical forms over modern rock. While both sinewy guitars manage to fill out a full body of sound, the drums glue the chaos with busy beats. Yowie invokes blank stares from the casual showgoer -- is it free jazz or prog-rock? It's neither, you yuppie. The band represents something stalwart for St. Louis: In 2014, new music can still be completely original. -Joseph Hess