The Dive Poets, one of St. Louis finest purveyors of fiddle and strum, will be playing in support of Futurebirds tomorrow night at Cicero's. To preview the show, the Poets has released the first song from its upcoming full-length. It's called "Some Great War" and was recorded at Sawhorse Studios.

Futurebirds, which has released and reissued two separate EPs this year on Autumn Tone Records, has played both Bonnarroo and Austin City Limits this year. The show tomorrow is $10 and starts at 9 p.m. Thomas Hardy of Dead Confederate and local Royal Smokestacks round out the bill. Listen to "Some Great War" and check out the poster designed by Dive Poets' Karl Eggers. 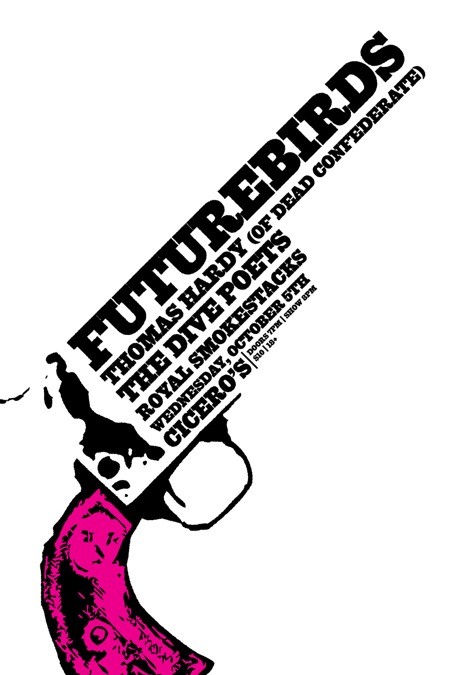 Note: Christian Schaeffer, who writes for RFT Music, played piano and organ on this recording.