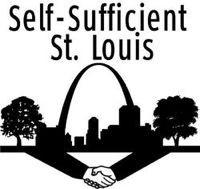 Self-Sufficient St. Louis is holding a fundraiser event on Sunday for the Dave Hagerty Community Garden. Sunday's fundraiser will be at Off Broadway, which neighbors the Garden. Admission is a $10 donation and will feature performances by Ellen the Felon and the Mattranome, The Airliners, Syna So Pro and Langen Neubacher, who is also the founder of SSSTL. Local artist Judy McClure is donating artwork to be auctioned off, and Chelsea Halloway, a tattoo artist from St. Louis Tattoo Company is donating a certificate for $50 off $100 or more of tattoo work to be auctioned off. Sleepy Kitty Arts will have commemorative screen prints commemorating for sale as well.

SSSTL founder Langen Neubacher said she decided to name the community garden after Hagerty, who was very involved the in organization, after he died in a hit-and-run accident the night before one of the first fundraising events for the garden. The space for the garden was donated by Off Broadway.

"The mission of Self-Sufficient St. Louis is to enable neighborhoods to become self-sufficient by utilizing sustainability and building community," Neubacher says. "Our idea with the garden is that we're going to try to learn how to develop a community garden really well so we can go help other people." The organization also hopes to develop education classes on sustainable living, which would be open to the community.

The garden, designed by SSSTL co-leader Brandy McClure, features native Missouri flowers and grasses as well as sunflowers, originally from Hagerty's personal garden. "Sunflowers have kind of become one of our symbols," Neubacher said.

SSSTL is funding the garden by donations as well as grants, including some from Gateway Greening, a local organization that helps to build community gardens. "They donated a lot of our soil and material for beds and almost all of our plants," Neubacher said.

SSSTL also received a Native Plants Grant from the Missouri Botanical Garden which gave the Dave Hagerty Community Garden native Missouri plants, flowers and grasses, which are designed to attract "beneficial flies and bees," to the garden, according to Neubacher.

Though Neubacher graduated from Webster University with a degree in social work, she has always had an interest in sustainability. "WhenI really think about it, I guess I've always been into it to a degree before I knew what sustainability was." After working on organic farms in Washington and Oregon through Worldwide Opportunities on Organic Farms (WWOOF), Neubacher returned to St. Louis, ready to utilize what she had learned while working as an organic farmer.

The Dave Hagerty Community Garden is always looking for volunteers and accepting donations for the garden. Those interested are encouraged to e-mail Neubacher. More information can be found at the SSSTL website.