Where To See This Year's Best Of St. Louis Music Winners 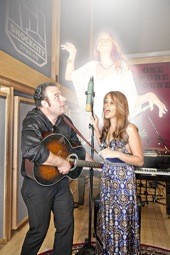 By now you've probably seen this year's Best Of St. Louis picks. Your new favorite band might be in there somewhere, and to help you find out for sure, we've tracked down each winner's next show. Many of them are playing this weekend. And between the three outdoor festivals on Saturday and the usual embarrassment of musical riches that seem to be going on lately, you can even see a whole bunch of these folks for free. So get those calendars at the ready...

Best Punk Band Black for a Second Thursday, October 6th at Cicero's with the Chill Dawgs.

Best Side Project The High Dives No upcoming shows.