Golden Curls: Read the Review and Listen to the Warm Fiction EP 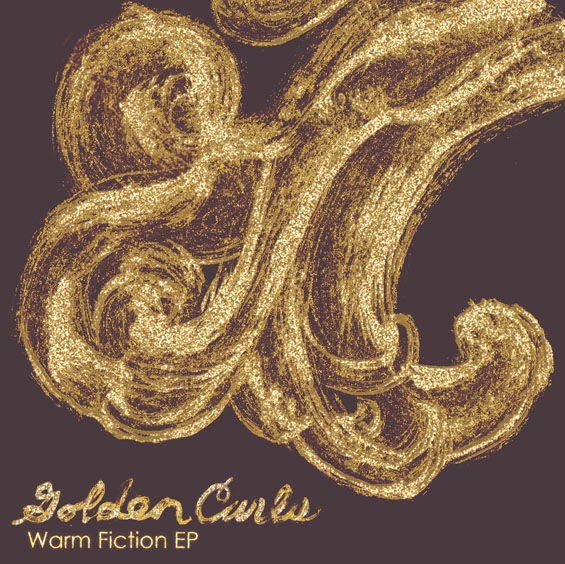 Singer and keyboardist Sarah Downen began writing songs over the Internet with guitarist/keyboardist Noah Blackwell last year, and the resulting songs, released as Golden Curls, are soundtracked for the violet hour. The diaphanous quality of these songs comes from a few simple sources -- Downen's soft, snowy vocals, ambient analog-sounding keyboards and a respect for aural white space. Many of these songs lack a defined rhythmic center, and when coupled with big swaths of reverb and echo-effected keys, that makes for a purposefully disorienting ride.

Warm Fiction's opening track "Moon Maiden" takes a few centrifugal rotations to establish its bearings, but Downen and Blackwell rarely lose sight of their north star, even when the poles are shifting. Whether or not you get seasick, though, will depend on your constitution and willingness to surrender to the sway and thrum. The thin, clicky drum-machine track on "Your Girl" keeps a steadier tempo as synthesizers drift in and out of phase and glockenspiels twinkle like rhinestones.

These more compact compositions serve Golden Curls the best; more drawn-out songs, such as "In the Cards," do the band few favors. At six minutes, the opening organ drones and thin rhythmic pitter-patter aren't enough to support Downen's sweet but thin vox; the off-tempo keyboard arpeggios only push the song further into shambles. Like most debut albums, there's a sense of discovery for the musicians -- learning how their voices meld, learning how best to corral the synthetic and the acoustic -- but it makes for a steep learning curve. The reverie at the end of the EP-closing title track gives a nice preview of what's possible for this new duo. An unfussy piano section sets the table for a shimmering, pitch-bent synth line that mirrors the double-tracked gossamer vocals. It's beauty for the sake of beauty, and that's a good enough note on which to wrap up the EP.