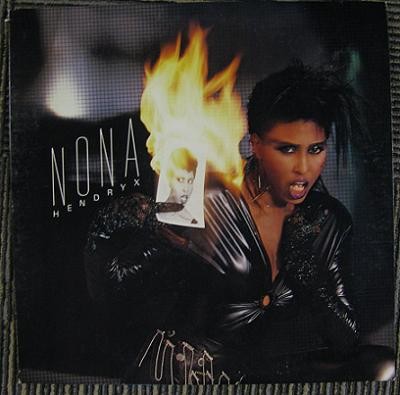 What it sounds like: Diana Ross crossed with “Like A Virgin”-era Madonna over the same disco funk synthesizer beats currently being recycled by Ghostland Observatory and !!!.

Best Track: “Living on the Border.” Soaring keyboard riffs and heavy bass synthesizers open this song and provide a dark tone that matches the lyrics -- which, remarkably, aren’t that bad. “Some people think that they should be/ the conscience of society/ telling me and telling you/what to wear and what to do/ see I don’t mind what you do/ as long as I can do the same to you.” When a snaking, reverb-drenched guitar solo comes in, I can’t help but think that this is the exact same thing MGMT is doing right now. They just kindly left out the disco part.

Worst Track: “Transformation.” This one tries to have the same serious lyrics/ disco-funk combo as some of the other tracks, but ends up falling flat. We get a creaking, methodical synthesizer and then snappy three word lines about “transformation” that are straight-up teenage diary material, “On to off/ push to shove/hate to love/ in and out/it’s all about/they’re just transformations/variations/alternations/deviations.” It gets really good when backup singers start giving emphatic an emphatic, high-pitched “Hoo!” in between each rhyme. For instance: “Life to death/weak to strength (hoo!)/cash a check/change your sex (hoo!)”

Interesting Facts: Via Wikipedia: Nona Hendryx is most famous for being one-third of the ‘60s R&B trio Labelle, who scored a hit with “Lady Marmalade” and launched Pattie LaBelle’s solo career. Hendryx claims she was the primary songwriter for Labelle, penning such hits as the fantastically titled “Going Down Makes Me Shiver” from the 1976 album Chameleon. Patti blamed Nona’s “mental health breakdown” (mental health issues? With cover art like this? I for one am shocked.) for Labelle’s break-up in 1976. After the split, Nona spent her time putting out solo albums no one heard and doing session work for the Talking Heads.

She dropped Nona in 1983 and got some marginal R&B and Dance chart success with the songs “Keep it Confidential” and “B-Boys” (both of which were utterly forgettable.) She then moved on to doing soundtracks, most notably Jamie Lee Curtis’ Perfect and Eddie Murphy’s classic Coming to America. She got nominated for a Grammy in 1985 for her song “Rock This House” which featured Keith Richards on guitar. After that it was nothing but forgettable New Age albums and greatest hits compilations. Now she writes plays and finished up her fifteen minutes by appearing on the third season of The L Word.