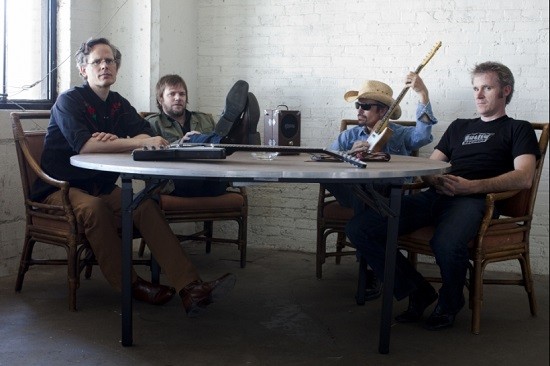 In this week's print edition, Ben Westhoff, music editor of our sister paper the LA Weekly, wrote of the Bottle Rockets and the new reissues of two of the band's albums -- one self-titled, the other The Brooklyn Side. Those re-released records are available today from Bloodshot Records. In the meantime, we have quite a treat: A rare, unreleased 1991 demo version of the Rockets' "Indianapolis," with backing vocals from none other than Jeff Tweedy (Wilco) and Jay Farrar (Son Volt).

There is one thing all of these musicians had in common back then -- the seminal alt-Americana act Uncle Tupelo. The group would later disband under legendarily acrimonious terms, but you wouldn't know it from this recording, wherein all involved perform together in perfect harmony. The track is stripped down (no drums to be heard) and beautiful; a song about life on the road and the troubles that come with it.

You can hear the track below. Also, be sure to catch the Bottle Rockets at Off Broadway on Saturday, December 7.