Joplin Benefit Album Gets its Start on Twitter, Comes Out Tomorrow 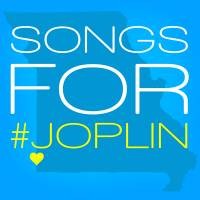 Zach Becker is what you'd call a big-picture person. The 29-year-old, currently somewhere between looking for jobs and considering a return to college, frequently comes up with big ideas, but there's some question about how often they come to fruition. Two days after Joplin was devastated by tornadoes, Becker was hit with his most recent one: a music sampler.

"As some of the panoramic pictures were coming through, you just can't look at that and not feel something," Becker says. "I looked at it and really wanted to do something but didn't know how."

It might sound like a strange idea to call a "big" one, but Becker's mix of music, Songs for #Joplin, will go through several stages of production before it hits the Internet Friday as a way to donate money toward the Joplin disaster. The early stages of the process hinged on a phone call to Derek Webb, co-founder of NoiseTrade, a music distribution site, who agreed to let Becker use the site to publish the sampler and walked him through the rest of the steps: finding artists, signing paperwork and guaranteeing a partnership with a charity.

The project, like quite a lot of things seem to do today, found its footing on Twitter. Becker tweeted his intentions three times before Webb retweeted the message for him, after which his phone didn't stop ringing for three hours. After two days, Becker's inbox included 25 songs.

The final 18, from bands including Sleepy Kitty and Beth Bombara, were chosen based on lyrical content, flow and sound quality, and some of them will be available for the first time on Songs For #Joplin. On Friday, the album will go live at NoiseTrade.com/songsforjoplin, and those who wish to donate have the option of giving anywhere between $1 and $100 through PayPal.The proceeds will go to United Way, chosen because the charity has a branch in Columbia.

"When I spoke to United Way, I spoke to a lady named Lee, and I wanted to confirm that there was no overhead being taken," Becker says. "She more or less told me that United Way is breaking their usual rules and throwing 100 percent to the people in Joplin."

The album's inclusion of a hashtag -- the symbol of all that is cheesy, awesome and interesting about Twitter -- is a reflection of how it began. "It's part being tech-savvy and clever and part making its place in history -- if there is a place," Becker says. "We live in a world where, because of the Internet, everything is local.The global community is at our fingertips, and there's no excuse to ignore this."