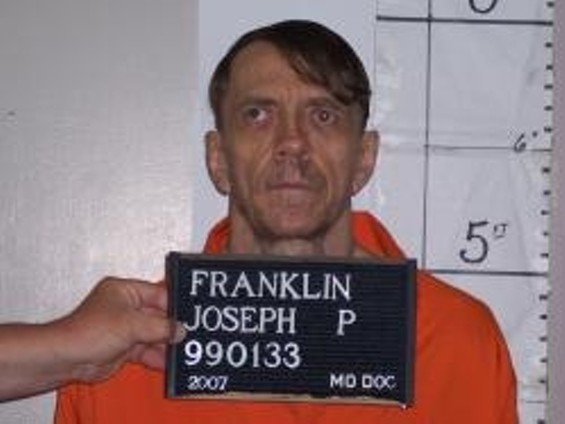 Yesterday, a federal appeals court issued the latest ruling in a legal battle involving a group of Missouri's death row inmates and Hustler magazine founder Larry Flynt. The decision reverses a lower court's order barring Flynt from joining in two suits filed by the condemned men -- one argues that the death penalty is cruel and unusual punishment, while the other challenges Missouri's execution protocol, arguing that its method of procuring the lethal injection chemicals is a violation of the state's drug laws.

Flynt wants to be named a plaintiff in the legal proceedings so he can fight for access to sealed records that could shed light on Missouri's secretive execution process.

"This was an ongoing case. We're just sticking our nose it in, frankly, to find out why those records are sealed," says Tony Rothert, legal director of the ACLU of Missouri and the attorney representing Flynt in this matter.

Rothert says that as the inmates' cases -- which were filed in 2009 and 2012 -- moved through the courts, the ACLU noticed how many of the records and court dockets were sealed from public view. That included the deposition of an anesthesiologist who was somehow involved -- Rothert says anesthesiologists are barred from participating in state executions.

"It was hard to know what was even happening in the case," says Rothert.

Flynt became involved in 2013, as the execution date for the man who put him in a wheelchair drew closer. Flynt was shot and paralyzed by Joseph Franklin, a former white supremacist. After Franklin was arrested for a 1977 shooting death outside of a synagogue in Richmond Heights, he confessed to many other crimes, including shooting Flynt. Franklin said it was because Hustler published photos of an interracial couple in its pages.

Despite that, about a month before Franklin's death, Flynt wrote a column called, "Don't Execute the Man Who Paralyzed Me":

In all the years since the shooting, I have never come face-to-face with Franklin. I would love an hour in a room with him and a pair of wire-cutters and pliers, so I could inflict the same damage on him that he inflicted on me. But, I do not want to kill him, nor do I want to see him die.

Ten days before Franklin's execution, Flynt filed motions to intervene in the death penalty lawsuits and unseal the secret documents. When Franklin was executed on November 20, 2013, a lower court denied his motions, saying Flynt had no special interest in the case now that Franklin was dead. Flynt re-filed, saying Franklin's death in no way diminished his interest as either a victim or a publisher.

Today's ruling in the Eighth U.S. District Court of Appeals reverses the lower court's order barring Flynt from joining the lawsuits. Of the sealed documents he's after, the ruling says, "There was no indication in the public record why these docket entries were sealed, nor any explanation of what documents, or types of documents, were sealed."

"In any court case it's important that the public know what's going on so we can keep a check on the court system and make sure it's working properly," says Rothert. "That's even more heightened in this case because it involves challenges to Missouri's execution protocol."