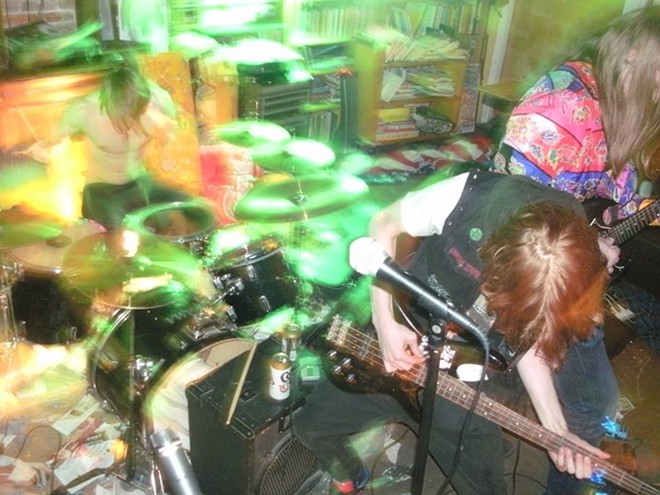 Photo by Dove Fleetwood
Catch Sunwyrm and more than 90 other acts at the RFT Music Showcase this Saturday, June 18.
The 2016 Riverfront Times Music Showcase will be held this year on Saturday, June 18 in the Grove! By the numbers, this is the largest all-local music festival in St. Louis history with nearly 100 bands booked across 9 venues. From now until then, we at RFT Music will be making our cases for every act nominated for an RFT Music Award, so that you will be able to make a fully informed decision with regards to your vote. Read on and get yourself acquainted, and we'll see you at the showcase! Persh
click to enlarge

The inclusion of “shoegaze” as a category this year is partly thanks to a phenomenon of younger musicians romanticizing music of the '90s. Persh technically fits this bill, as its members were born around the same time as those most influential records. But while nu-gaze outfits begin and end with the distorted wooziness of My Bloody Valentine, Persh recalls bands like Slint and Slowdive, who opted for cleaner guitars and slower tempos. The band’s only released track, the instrumental “Jet Black Hickey,” feels like a song that would have appeared on a 1995 Modest Mouse EP. The fact that a band with so little music online and so few shows under its belt earned this nomination speaks volumes about its quality and its potential. 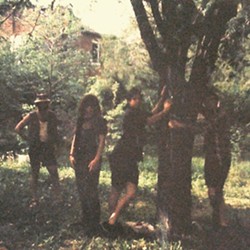 Partial transplants from Columbia, Missouri, the members of Rip Rap have built a sound that’s years ahead of their level of experience. The band's 2012 release Young Creeps effortlessly brought a filthy, solid-gold sound with hints of Troggs-style familiarity while throwing down the gauntlet for fresh, stainless-steel pop. The tastefully placed harmonies of bassist Sam Pounders and guitarist Thomas Sallings weave in and out of leads that could seemingly sustain for days. Rip Rap is rounded out with additional instrumentation from drummer Colin Immenschuh (Little Big Bangs) and Dan Fister on additional guitar. The combination of the four provides a respectful amount of negative space, leaving room for the music to breathe while the songs themselves shine. With a new album in the can, the band should deliver great things in the near future. 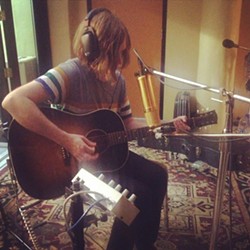 One of the great recent bands to notch time in St. Louis’ history books, Troubadour Dali ended with a nice little collection of recordings, with the spiritual thread of that act picked up by bassist/songwriter Kevin Bachmann in Summer Magic. Supported live and in the studio by a variety of talented players, including some other Dali alumni (Natalie Huggins, Andy Kahn, Benjamin Marsh, Danny Mayo and Mike Schurk), Summer Magic has played a small number of shows while hinting at a killer first record (a few tracks are already on SoundCloud). Once complete, the band’s debut album should be one of the highlights of 2016, the group’s blend of jangly pop, psych and shoegaze hinting at quality influences from the ‘70s to today.

Photo by Dove Fleetwood
Catch Sunwyrm and more than 90 other acts at the RFT Music Showcase this Saturday, June 18.

O’Fallon, Missouri, psych-punk trio Sunwyrm takes the name of an eight-legged, light-emitting creature from the Dungeons and Dragons universe that’s able to turn its entire body into pure energy in battle. With that suggestion in mind, it’s easy to hear Sunwyrm’s sludgy, psychedelic blasts as explosions of pure sonic energy, utterly devoid of material nature and unable to be fully comprehended by the physical senses. Since starting the group last year, vocalist and guitarist Forrest John, bassist and vocalist Zack Broeker, and drummer Zac Strickland have created earth-trembling stoner-rock in the tradition of Kyuss and Fu Manchu, filtered through the DIY ethos of the St. Louis punk scene. A heaping helping of mind-bending guitar effects puts the finishing touches on Sunwyrm’s fantasy and sci-fi inspired sound, most recently captured on the band's Pep & Cheese EP, recorded in only two days as part of SIUE’s “48-Hour EP Challenge.” 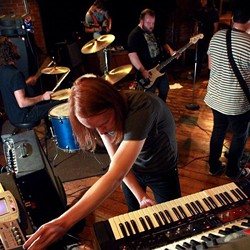 In the seventeen years since its inception, Tone Rodent has morphed from a solo avant-noise project to a five-piece rock band, blazing a winding trail through stylistic explorations and a revolving cast of musicians along the way. The story of Tone Rodent begins in 1999, when Adam Watkins needed a name for the ambient drone recordings he created as an extension of his visual art studies at the Kent Institute of Art and Design in Canterbury, England. Seventeen years later, Tone Rodent lives on as a five-piece, self-described “space, psych and drone” rock band comprised of Watkins on vocals and guitar, Mark Early on keyboards and synthesizers, Jeff Robtoy on guitar, Tony Pupillo on bass and Duane Perry on drums.