EDM May Be Dead, But St. Louis' Underground Scene Is Stronger Than Ever 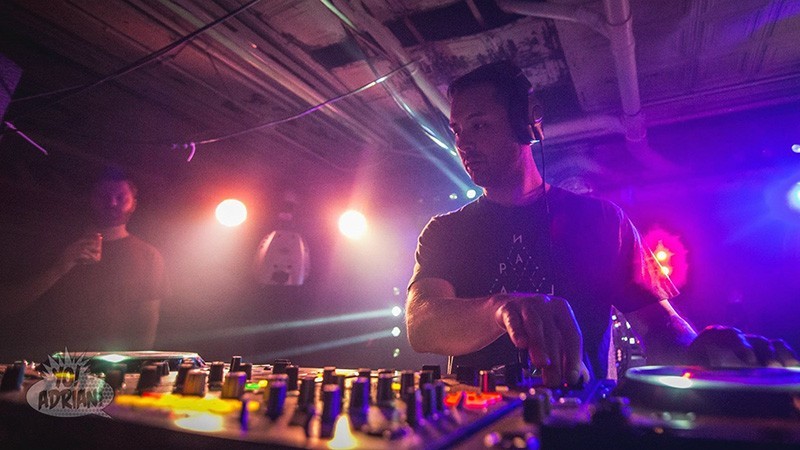 By Sunday, July 3, it's been raining incessantly for days. The bleak weather has put a literal damper on the holiday weekend. Come nightfall, the city finally sees a break in the downpour, prompting some to hit the pool or the bar. For others, there is only one destination in mind: the City Museum.

Here, the rooftop has been transformed into an electronic music fan's paradise. The dance floor pulses with blue and purple lights while disco tunes preach love. The modest crowd of 100 isn't interested in the DJ spinning in the corner, though his set is memorable; they're watching a fire spinner performing on the dance floor. After ten minutes of expert spinning, weaving and bobbing, the crowd disperses and the fire spinner joins them, as much an attendee of the event as he is one of the performers.

This event is called Nightchaser, and it's a monthly disco gathering that brings local DJs to perform using solely vinyl records. This event has found homes all over the city, with the City Museum only its most recent landing pad.

These days, an electronic festival that doesn't lead to arrests, deaths or at least a few injuries is almost unheard of in the national press. Yet here in St. Louis, an event held at an adult playground went off without a hitch. Patrons were able to drink to their hearts' content while climbing through enclosures and riding the neon Ferris wheel all night long. There was no tweaking, half-naked teens shoving their way through the crowd, and nothing but smiles and respect for the performers and attendees alike as the night unfolded.

For true fans of electronic music, the tag "EDM" can be a tough pill to swallow. This blanket term brings to mind drug use, mainstream festivals and laptop DJs screaming "everybody fucking jump!" to a crowd of sweaty, scantily dressed young adults.

While this may be appealing to those who gravitate towards the party lifestyle, it is not even close to representative of the electronic genre as a whole. There is a definite divide between mainstream EDM and non-commercialized music, otherwise known as the underground. And as the debate rages over whether EDM is too far gone, behind the scenes, true dance music is thriving.

Those who come strictly for the party may be disappointed to find a laidback atmosphere at underground events, devoid of copious drug use and pounding bass. But while those folks exit the scene almost as quickly as they enter, there are still more than enough supporters to fill rooms across the city, making for exciting evenings in any number of subgenres.

Disco is just one example. Producers of techno, house, drum and bass, and everything in between bring their talents to local venues every month without fail. One such producer is Tony Bove, otherwise known as T/LEC.

Bove has been involved in music scenes all over, finally settling in St. Louis almost ten years ago. He's no stranger to the area's underground, with his own production company, Napalm, getting its start six and a half years ago — and still going strong today. Its foundation is something that typical EDM shows have placed on the backburner over the years: the music.

"The quality of the music is No. 1 to me," Bove says. "I don't try to push any gimmicks to make people come to shows. I let the music stand on its own."

Bove's sound is a mix of techno, house and deep, but is constantly evolving — something he points out as being a huge theme in the underground. He is constantly seeking to emulate the newest, freshest sound that is taking over the electronic world at any given time. For that reason, his style changes with each passing year.

Napalm's monthly events bring the most innovative local and national DJs to St. Louis. They are smaller than your typical show, with simple production that puts the music at the forefront. They take place monthly at Upstairs Lounge, a venue that is home to many underground events. This month's show will take place on Saturday, July 30, bringing nationally known Mark Starr to St. Louis. With music released on OWSLA (read: Skrillex's label), this DJ is sure to bring big sound, proving that the underground is just as talented as (if not more than) the bigger-name DJs of EDM.

With the underground, promises of expensive light shows and massive venues aren't necessary to spark interest. The music itself is all people need to come out, and a tight-knit community has formed as a result.

"The community vibes are also very important," Bove says. "Upstairs Lounge definitely has more of an underground vibe, but everyone who goes there loves it and has been going there for over twenty years now."

Two decades is no small chunk of time. EDM may be a fad that fades as the years go by, but underground dance music has and always will be evolving. It may be different than it was in the past, but with nostalgic events like Nightchaser and innovative production companies like Napalm, it never disappoints.

And Nightchaser and Napalm are far from the only events to be represented in St. Louis. Names such as Future Ex Wife, Spin Cycle, RECESS, Seletka and more are familiar to fans of the underground scene and are easy to learn about thanks to social media, which gets those underground events out there for people to see and newcomers to enjoy.

You needn't be an insider; the underground community is always welcoming for those that have an interest in exploring new types of electronic music.

"It's a natural progression," says Bove. "People's tastes mature over time and they start to like the underground stuff more. The vibes and music are different, so you must have a real interest in it. If that's the case, you're definitely going to enjoy it."