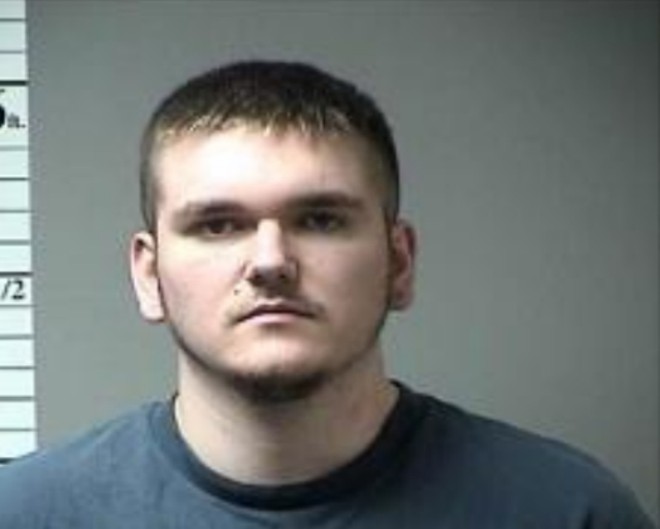 A St. Peters man tortured and killed cats he got off of Craigslist, authorities say.

Kaine Louzader, 20, has been charged with two counts of felony animal abuse.

St. Charles County police say they began tracing a series of dead animals back to Louzader after someone spotted the driver of a white Toyota Camry dumping mutilated cat carcasses along Wild Deer Lane.

The 20-year-old lives in a small house on the suburban side street. When police confronted Louzader, he admitted he was the driver. He also revealed that he had been torturing cats to death during the past five months and discarding their bodies around the neighborhood, police say.

Public records show no criminal cases in his past. The cover photo of his Facebook page is a Bible verse: "Be still and know that I am God."

Court records describe nightmarish acts. In a probable cause statement, St. Charles County police Sgt. Jeff Ochs says Louzader told him he found his feline victims through ads on Craigslist. Some he bought, others were free.

The accused torturer would bring the cats — some of them still kittens — home to Wild Deer Lane where he strangle them or stomp on their heads in his bathroom or on the back patio, police say. He would dismember some of the animals, lopping off their heads or removing their limbs before he scattered them outside.

Police investigating the initial tip about the driver of the Camry discovered a dead cat and three mutilated kittens, documents say. And Sgt. Ochs writes that he noticed scratches on Louzader's forearms, wrists and hands when he interviewed him on May 9.

At first, Louzader claimed it was from an elderly patient at a hospital where he works. But the scratches didn't look like they came from a human, and he eventually admitted they were from a cat, probably the last one he strangled, Ochs writes.

Louzader was charged by St. Charles County prosecutors on Friday and is being held in the county jail. He is supposed to undergo a psych evaluation, but after that, could be released to his parents on house arrest.