Privatization of St. Louis' Airport Belongs on the No-Fly List 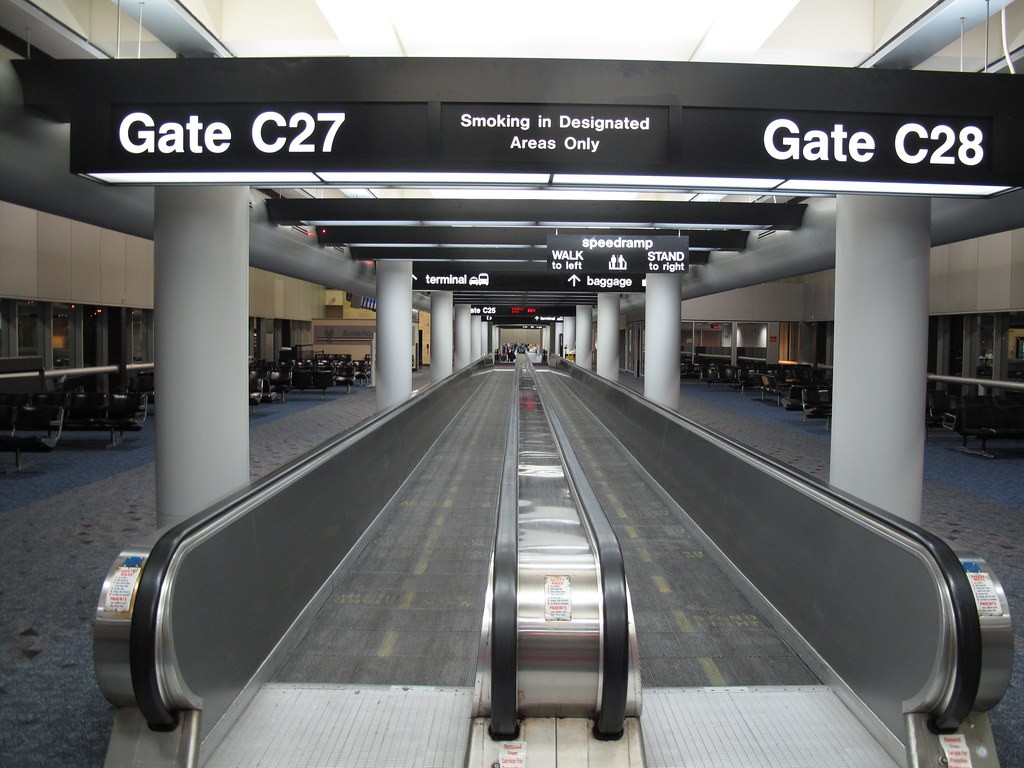 If they awarded a Stanley Cup for government chicanery, the city of St. Louis might be preparing for two parades this week.

While we all pray for the Big One, let's not overlook the dazzling skill with which the city's political ruling elite is skating around and through the safeguards of accountability, landing thunderous checks to anyone trying to play defense against Team Airport Privatization.

Privatizing Lambert, either through sale or an effectively eternal lease, is an idea former Mayor Francis Slay sprung on St. Louis almost literally as he walked out the door. Slay served 5,844 days as mayor, from 2001 to 2017. On day 5,818 of that tenure came the first bombshell public report that the city was applying for a federal pilot program on privatization, apparently without the knowledge of anyone outside of Slay's inner political circle.

Slay would later reveal (to this newspaper) that he began working on the idea quietly after having been approached in late 2015 by David Agnew, a former Obama administration official who had moved on to an Australia-based investment firm. Slay said he became convinced St. Louis needed to do "something big and bold" for the airport, but knew the city could not afford the costly process of moving the idea forward.

Yet it appears that not even his respected airport director, Rhonda Hamm-Niebruegge, whom Slay appointed and has rightly praised, was in the loop. Think about that for a minute: You're mayor, and some guy who's left the federal government for a private-sector airline industry job comes to you with this complex idea, and you don't engage your key expert on it? You just wing it and start the application process yourself? Really?

Is it any wonder the timing of Slay's bombshell was so clearly designed to be kept out of the 2017 mayoral election? It came two weeks after the candidate endorsed by Slay, Lyda Krewson, won the Democratic primary that effectively elected her.

In the ensuing two years, we've learned that Slay and some associates stand to reap untold personal windfalls should privatization become reality. And, of course, the process is being bankrolled by Slay's chief political benefactor, billionaire Rex Sinquefield, who has kindly invested millions in a bevy of consultants for the purpose of advising the city as to whether it should proceed.

Sinquefield recoups his kind gift to the city only if the answer to the "question" of privatization is "yes," earning this project the coveted "Boss Tweed Civic Achievement Award" annually presented on Riker's Island. Slay's narrative is that Sinquefield was simply the passive benefactor who agrees to support this wonderful effort only because, as Sinquefield's right-hand lobbyist, Travis Brown, previously told the RFT, he's "the patron saint of St. Louis."

Turns out it's just coincidence that St. Rex wants to use the proceeds of a sale to fulfill his sacred mission of eliminating the city's earnings tax. (Slay admits that Sinquefield happily noted that the windfall from leasing the airport would mean eliminating the tax, which Sinquefield hates with all his being.) It might also facilitate Sinquefield's goal of ramming "Better Together" down our throats — a civic zombie whose death has been greatly exaggerated, by the way.

If you believe anything that Slay or Brown — or for that matter, Krewson or aldermanic president Lewis Reed — has to say on this subject, you need not line up to buy the airport. Just see me: I'd like to offer a better deal selling you the Gateway Arch.

Make no mistake about this much: The skids are greased. The city's political class, dutifully owned by King Rex (he has the receipts), is not pondering whether to privatize the airport. It may still be pondering whether the deal can be pulled off, but the focus is on how, not why.

The most recent example came last week from city Counselor Julian Bush, who argued that a bill requiring a citywide vote on airport privatization — sponsored by Alderwoman Cara Spencer — would constitute an unlawful delegation of power. Bush did allow that voters could pass a charter amendment requiring voter approval of privatization, which would in turn be followed by still another vote on a privatization plan. And even as he dispensed advice, Bush noted that his office hadn't gotten around to a "complete review" of one of the most weighty legal issues in city history, which pretty much tells you everything you need to know.

The charter-amendment process, conveniently, would almost certainly amount to slamming the barn door shut long after all the horses were running freely to safety. As Spencer pointed out, privatization could be a done deal well before voters were afforded two elections to weigh in on whether to allow it. The city might as well schedule a ballot measure for 2069 to ask future voters whether their grandparents' generation was wise to try to cash out the airport half a century earlier. Spoiler alert: The results would be ugly.

The airport is not broken. The fact that the bottom dropped out of passenger counts after 2001 is due to a complex stew of population trends, corporate headquarters migration, the vagaries of airline economics and more. Sad as it is to see the passenger decline and our mostly unused white-elephant billion-dollar runway, privatization isn't fixing any of that.

And the airport's managers are not the problem. Lambert itself is financially healthy, generating some $6 million annually in net proceeds. That money goes to the city in a way not permitted of its counterparts (thanks to a federal exemption in this regard). Its revenue-bond rating was just increased to "A" by S & P Global Ratings. Its long-term debt is substantial but manageable. Comptroller Darlene Green, one of the only city leaders with the courage and decency to stand up to this nonsense, is refinancing city debt effectively, including a refunding of 2009 airport bonds that she projects will save $20 million in interest.

Even more importantly, Lambert has vast potential if the region could get its economic act together: It could anchor a development complex known as an aerotropolis, an assemblage of business facilities near an airport that can capitalize on its efficiency in serving customers and suppliers across the nation and world. The aerotropolis concept has become quite the juggernaut in Chicago, Atlanta and other such cities that we are too smart to emulate.

If, as privatization advocates claim, selling or leasing Lambert represents an enormous pot of gold to would-be international investors, it's almost certain that the airport's real estate and economic development potential is part of the mix. If that weren't true, the only way a private entity could maximize more profits would be to squeeze airlines, which, in turn, would pass higher costs to the flying public. That's us.

The world of airport economics is an extremely complex subject, far above the pay grade of almost any of us, city politicos included. But here are three broad principles that are more accessible: One, get-rich-quick schemes don't get you rich; two, if sophisticated investors are willing to shell out $1 billion or more to buy something from a government, it's worth far more than $1 billion or more; and three, often the best deals are the ones you don't do.

No other major city in the continental U.S. has a privatized airport, for good reason, and St. Louis has no reason to be the first. If Slay and Sinquefield get their way, we'll be singing the blues.