Kim Gardner's Tisaby Troubles Are No Match for the Drama of Gardner vs. Greitens 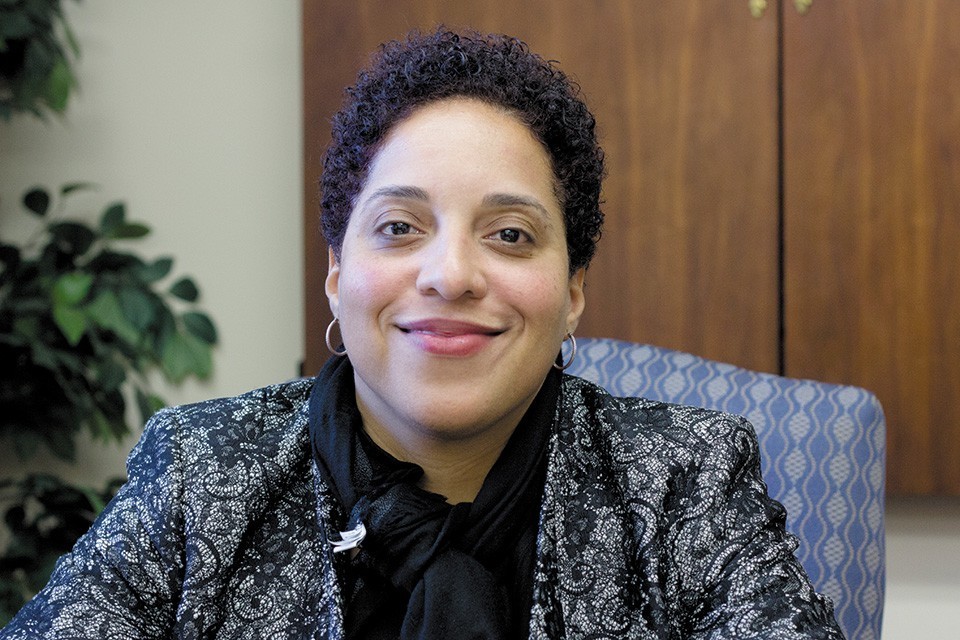 DANNY WICENTOWSKI
Kim Gardner is in the hot seat.

For a brief shining moment, the clash of political disrupters seemed like the coolest thing ever.

Ah, for the days of Gardner v. Greitens. Never had we seen a locally generated topic more riveting and salacious and dark and emotional and disgusting and ironic and trivialized and overblown and kinky — all the elements for the perfect news story of our time.

The star of the show was Governor Eric Greitens, he of the blazing résumé exceeded in its splendor only by the boundless ego that he brought to his quest to disrupt state government and the ruling Republican elite with platitudes so thin that his entire agenda was scribbled on a single spanking ruler. Also, he was a bully.

In the other corner, Circuit Attorney Kim Gardner, who won a landslide 2016 election victory in St. Louis as a very different sort of disrupter. Her mission was to overhaul a broken criminal justice system decimated by centuries of racial injustice. Unlike Greitens, Gardner brought a long list of specific solutions, none of which mentioned prosecution of kinky sex crimes or helping Republicans remove tumors from their own body politic.

But then came that glorious day of January 10, 2018, when KMOV broke the story featuring the secretly taped conversation between the angry husband and the crying wife telling him she had been photographed, nearly nude, while blindfolded without her consent and blackmailed in the basement of the happy home of Greitens, the governor who had run for office as "Ultimate Family Man." Greitens confessed to the affair — emphasizing that it took place before he took office, as if that was exculpatory — but he steadfastly denied all the fun parts.

Still, Greitens had accomplished something no one had achieved in two centuries: He made Missouri state government exciting. And that was even before we learned the jilted husband's lawyer got paid with a suitcase filled with $100,000 in cash. What politician wouldn't want a part in the drama that would ensue? On the first day the news broke, state Senator Rob Schaaf (R-St. Joseph), one of Greitens' many Republican foes, gleefully declared, "Stick a fork in him." We in the media sure lapped it up.

Gardner immediately joined the fray. It was, after all, within her jurisdiction that the woman, a hairdresser who would become known as K.S., had allegedly been victimized. Standing up for the rights and safety of women was certainly part of Gardner's DNA, and prosecuting an alleged scumbag for violating the privacy and threatening the safety of a woman — even one with whom he had a consensual affair — would be consistent with her values and job description.

On the other hand, it's hard to imagine Gardner would have bothered with this case had the defendant been John Q. Public. The woman didn't want the story known, much less to press charges. Most of the sex had apparently been consensual. There was no physical injury. In a city wracked with thousands of violent crimes, this wouldn't have become Topics A, B and C in the circuit attorney's office without Greitens' star appeal.

But Gardner proceeded, and on February 22, 2018, a grand jury indicted Greitens for felony invasion of privacy. Just four days later, the state House of Representatives formally opened its own investigation of Greitens. For the next three months, the story consumed state government and dominated the news, culminating in Greitens' resignation effective June 1.

Gardner ended up as a footnote to the story, rather than a co-star. Whether her decision to proceed was an act of political courage or bowing to pressure or exploiting the situation remains to this day a point of much contention. Maybe it was all of the above. But this much is certain: Gardner's part in the drama was that of a tragic figure: Her investigation ended in disaster.

It's still hard to know what happened. Since taking office a year earlier, Gardner had been engaged in all-out war with the police department, so the cops weren't willing to lift a finger, other than the middle one pointed at her, when she sought their assistance with the case. Or maybe she didn't ask them at all. No one seems to know anything for sure: It's just a question of which side you choose to disbelieve less.

In any event, Gardner was left to investigate on her own. She did have an office presumably stocked with investigators, but for some reason didn't trust that team to handle the case. That's still a mystery. This was not, after all, a highly technical matter.

There was, however, a formidable obstacle: Greitens had assembled a legal dream team, featuring respected — and highly connected — local attorneys Jim Bennett and Ed Dowd. And he added Scott Rosenblum, arguably St. Louis' most feared defense attorney. As one wag suggested to me: "If you find a dead body in your house, you want to call Jim Bennett. If you put it there, you want to call Scott Rosenblum."

This was not going to be easy for Gardner, and maybe that's why she assumed her office would be overmatched. But her fateful decision to outsource the investigation to a former FBI agent, William Tisaby, would prove arguably as bad a decision as Greitens made to open his home to his hairdresser.

For whatever reason, Tisaby (and/or Gardner) managed to botch things so badly that the prosecution became the defense in the case, with perjury allegations flying and Gardner facing the prospect of having to take the stand as a witness. Maybe that was the genius of Greitens' all-star team; maybe it was deserved. All that's known for sure is it ended up in an indictment unsealed last Monday against Tisaby for evidence tampering and six perjury counts.

On one hand, it's a big deal when a prosecutor's office is targeted in a criminal probe (including having its servers seized by police). The indictment is a significant news story.

But it's also an anticlimactic one. The big story is over: Greitens is long gone.

In retrospect, Gardner's move to prosecute was helpful to the Republicans in giving them extra political cover, but not essential. They were going to take Greitens out politically even had she not acted. Remember, this story started with a TV news report, not some initiative on Gardner's part.

And Greitens went down for a myriad of reasons unrelated to his basement recreation. His own party despised him from day one (he had, after all, run as its disrupter). He faced serious allegations of misusing his veterans charity's funds for political purposes (one that Gardner would also charge him with). More ominously, there was the danger of Greitens' misdeeds leading to a probe of his world-class, nefarious use of dark money. That could have gotten ugly.

There is some speculation that the Tisaby indictment is intended to get to Gardner — his attorney, Jermaine Wooten, said as much last week — but my sources tell me that since she was never under oath herself, it's unlikely that Gardner would personally face charges related to the investigation. In any event, given the resentment in the African American community to the continued attacks on Gardner, indicting her would make race relations significantly worse than they already are, which is saying something. Not a great plan.

Conversely, there's much to question about the probe itself. At best, the optics are awful: Gerard Carmody, the special prosecutor named by Judge Michael Mullen to handle the investigation, was Dowd's childhood friend and former law partner. Presumably that violates no law, but how, if I might inquire as a layperson, is that possibly OK?

And then there's Gardner's claim that Greitens' lawyers threatened her with career ruin if she proceeded with the case. She's wondering why there's no special prosecutor looking into that. Maybe she should nominate one of her former law partners for the task.

That said, here's my vote for no more lawyer fights, in either direction.This story ended a long time ago for most of us, the day that Eric Greitens, the star of the show, was written off the script. And if you really can't get enough of this stuff, I've got a radical thought: Work on the next election.

Presuming that Gardner is not run out of office by the legal system — and she's certainly not going to resign — the next chance her foes will have to remove her as circuit attorney is August 4, 2020, the date of the Democratic primary that's essentially a general election, given the extinction of Republicans in the city. If anything, the ongoing efforts to torment her will likely serve to galvanize support for her in the African American community, which helped her win 47 percent of the vote in a four-way race last time.

That would be ironic. But I still don't find this anywhere near as interesting as the clash of the disrupters.

Eric Greitens 2: The Tisaby Chronicles is just another boring sequel.