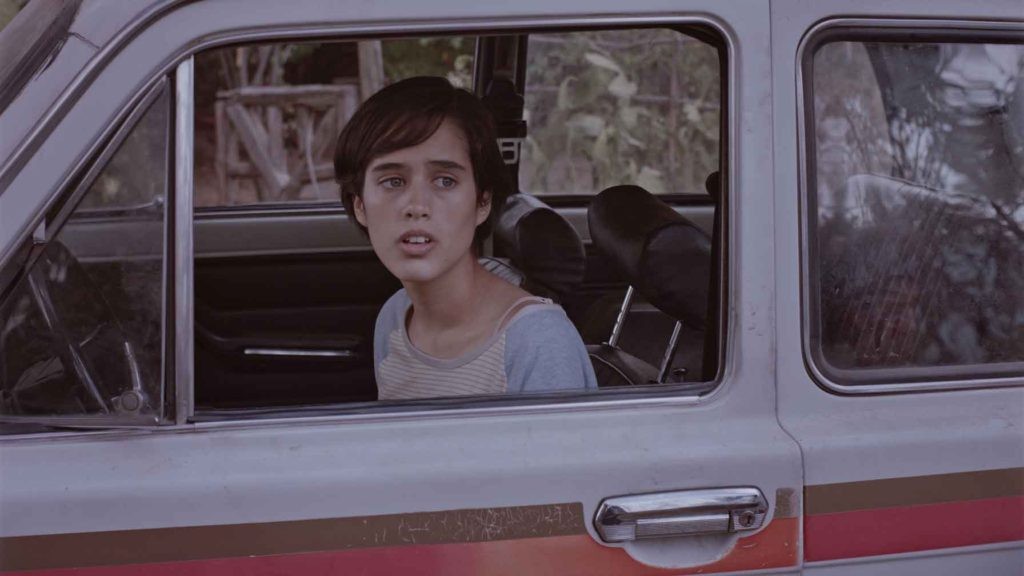 COURTESY OF KIMSTIM FILMS
Sofia (Demian Hernández) is a young woman coming of age in a new Chile.

There’s a seductively relaxed quality throughout Too Late to Die Young, a sense that director Dominga Sotomayor is willing to simply wander alongside her characters as a casual observer. Although they face off-screen threats and emotional conflicts, Sotomayor regards them with a cool distance, favoring natural details over dramatic reactions. In a way, her film could be compared as a variation on the historical and political themes of Alfonso Cuarón’s recent Roma, but casual and intimate where Cuarón’s film was epically expansive.

The film takes place in a kind of makeshift commune outside the Andes where a small group of families are on vacation during the holidays, repairing houses, using power from portable generators and car batteries and doing their best to ignore the outside world. At first, it seems strange, like some kind of middle-class utopianism or even a fantasy setting, but there’s a political subtext. The film takes place in the summer of 1990, just as democracy was returning to the country after the defeat of Augusto Pinochet. The cities were still in turmoil and what appears to be a kind of flight from reality for the film’s families is actually their effort to restore stability, to reclaim a normal life after seventeen years of dictatorship.

Sotomayor divides her attention among several members of the community, from the small children who treat the woods as a playground to their parents, distracted by property maintenance and other mundane concerns, before centering on the restless and rebellious Sofia (Demian Hernández). Sofia is a sixteen-year-old girl who, one senses, would be just as uneasy living in the suburbs as in this rural setting. (Sofia talks about moving away to live with her mother, a pop singer in a nearby town, not quite grasping that Mom has left the family far behind.) This is a film about not fitting in, about the discomfort of being an outsider and not understanding why, and Hernández, who has the sullen tomboy look of the young Kristen Stewart, captures Sofia’s nervous energy and confusion perfectly. 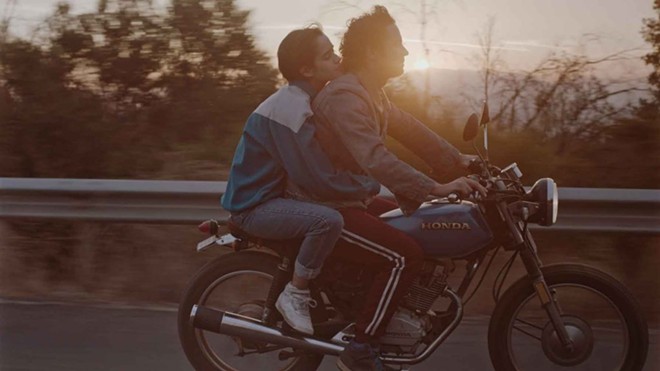 Sotomayor’s screenplay is less a structured narrative than a series of carefully captured incidents. Sofia smokes with intensity and flirts with the local bad boy, Ignacio (he’s older and has a motorcycle), while oblivious to Lucas, the love-struck neighbor right at her side. Fires are started and repairs are made. A family dog gets lost. (A long, striking shot shows the dog running and running until the camera simply drifts away from her; Sotomayor repeats this visual effect when Sofia takes her first ride with Ignacio.) The vacationers all come together for a New Year’s party where Sofia plays an accordion and sings a soft, plaintive version of The Bangles’ “Eternal Flame.” Everyone falls into an alcohol- or drug- induced haze, and emotions run free.

The events and emotions – family squabbles and misdirected crushes – are hardly new, but much of the charm of Too Late to Die Young comes from seeing such recognizable human behavior, presented with such honest, open charm. Sotomayor (who was only four years old in 1990, for those trying to read autobiographical elements into the film) frequently turns her camera on the commune’s children, dancing and pretending to act like the adults around them. From their mimicry to Sofia’s confusion, she’s created a vivid picture of innocence in flux, its boundaries always changing.
© 2022 Riverfront Times