Stranded near the northern tip of Alaska, Joshua Rowan knew what he had to do.

"I stripped down to my boxers and a T-shirt, in the Arctic, fully expecting what was about to happen," the 44-year-old recalls. "Luckily, it went relatively quick."

He had been lured astray by a herd of musk oxen. Rowan, a longtime St. Louis photographer and artist who spends months at a time traveling and living out of a high-top van, had in the previous days followed a desolate Alaskan road called the Dalton Highway to its northern terminus near the unincorporated oil town of Deadhorse. He was now on his way back south, eager to make it through the mountains before the late summer snows could trap him uncomfortably close to the Arctic Ocean for the winter.

He had seen reindeer, caribou and grizzly bears on the trip, but the otherworldly sight of the shaggy-haired musk oxen persuaded him to pull over and grab his camera. It had been a while since he had spotted any of the tractor-trailers that are the main travelers of the Dalton, hauling oil alongside the Trans-Alaskan Pipeline System. Rowan figured it would be fine to leave his mud-caked Ford Transit parked on the road and walk down the slope from the highway into the tundra for a better view.

"Sure enough, inside of a minute, here comes this eighteen-wheeler, great big oil truck," he says.

He hopped back behind the wheel of the Ford and tried to edge off the road to make room, but quickly felt the van sliding down the steep shoulder.

"The more I tried to get back onto the road, the more it was slipping down off the road into the boggy tundra," Rowan says. "I'm like, 'Crap, let's hope somebody comes along before too long.'"

He was in luck. After a short wait, another tractor-trailer stopped to help. The driver instantly recognized the problem and set about finding a tow chain. Rowan's task was to crawl down in the muck and somehow get far enough under the sunken van to find a place on the frame to hook the chain. It was messy, and he did not want to ruin any more clothes than necessary. After stripping down to the essentials, he went to work.

"I got like half of my face and the back of my head down in this mud to get up underneath my vehicle, and I'm just so freaking dirty, but we got it right back up on the road within like five minutes," Rowan says. "But it was about a day and a half from anywhere to get to wash off properly, so I just had to have a half face of mud going back up over the mountains."

He tells the story on a recent afternoon in the comparatively bland surroundings of a Panera Bread in Fairview Heights, Illinois. He has been home a few weeks and will leave in three days for Scotland. He is dressed simply but nicely in a gray flannel and dark jeans. His longish salt-and-pepper hair is pulled back. The restaurant dining room is filled with the low din of a couple dozen other customers.

Over the years, Rowan has begun executing a plan that lets him spend less and less time in places like this and more time in the wilder spaces of this country and others. The goal, simplified, is to travel more. He would like to spend as much as half of his life on the road. There remain practical challenges to making that happen, but he is making progress.

He has twice driven the length of the southern border wall to see and document the land and communities there in case the president gets his way, and they are separated by a matte black wall.

He has walked among the ethereal rock formations of Goblin Valley, photographed motorcycles illuminated in the fluorescent glow of a pool hall in the Dominican Republic and captured the ghostly green light of Icelandic nights.

Lots of people dream of doing this, and probably have ever since the majority of humanity gave up the nomad life and settled down. They feel the wanderlust and imagine ranging freely across the land, but they do not actually go. They have car payments and mortgages, offices where they are expected and children to drop off at school. Rowan, who is not so different from them, can detect their yearning in their reactions to the photos he posts online from his travels. What is it that makes him go, and the rest of us stay? 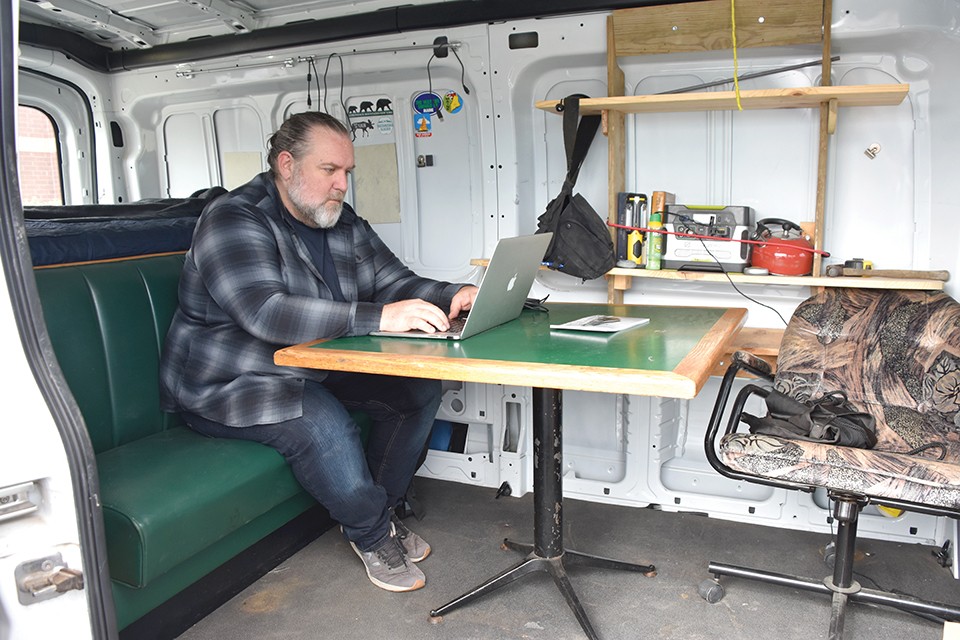 When he was a kid growing up in rural southern Illinois, Rowan and his family did not travel.

A subscription to National Geographic was about as close as he came to seeing anything more exotic than St. Louis. He remembers that his uncles once took a cross-country motorcycle trip. He did not have any experience with anything like that, but he knew they were out exploring in a place that was different from southern Illinois.

"One of them had taken a Polaroid camera with them, and they showed me this photo of a mountain," he says. "I know that somewhere that ended up resonating through me. I don't remember consciously going, 'When I grow up, I want to take that trip and see that mountain or go chase that thing down,' but just that one little act planted a seed somewhere in me."

However, it still would be years before it grew into anything more. After a short stint in community college, Rowan became a tattoo artist. He had always been interested in art, and tattooing spoke to his creative impulses. He developed a particular talent for creating "flash," the designs that shops post on their walls for customers to consider before committing ink to skin. In his twenties, Rowan moved to St. Louis and worked at shops around the city where his coworkers were a crop of other ambitious artists.

"We were all drawing our butts off and making flash," he says.

The reasons he first started to branch out to other cities are a little hazy. A slight competitive streak may have had something to do with it, but he says he was motivated primarily by the need to make some quick cash. He recalls wanting some extra money to take a girlfriend on an outing at one point and scrambling to cover a tax bill at another. Traveling was just the means to an end. Whatever the reason, he took a quick trip to Florida in the early 2000s, carrying a sheaf of his work in hopes of selling designs to tattoo shops there. He was not sure what to expect.

"It was scary," he says. "Tattoo people are scary sometimes."

Ultimately, however, they were fellow artists — and they liked his work.

"I found out I could take off and drive around the country and spend a couple days dive-bombing tattoo shops ... get a chunk of money in my pocket and then disappear for a couple of week out in national parks," he says. 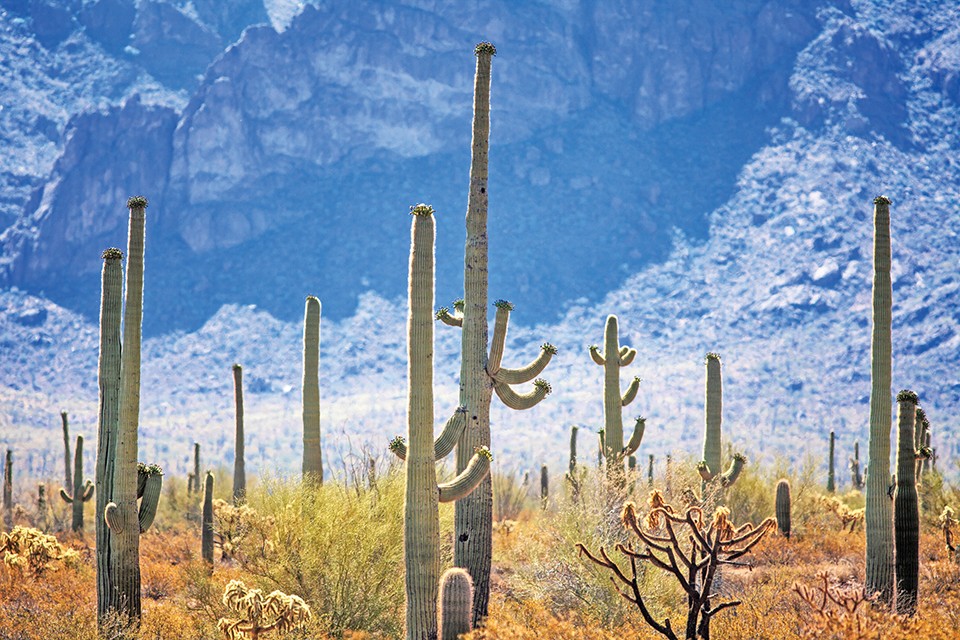 That is how he started traveling. In 2003, he managed to stay out on the road for three months, traveling up the West Coast from San Diego to Seattle with pit stops at Kinko's or FedEx stores to make more copies of his artwork to sell in shops.

"Really, by the time you're out for a month, you notice something is happening to you. You've really settled into the ways and the mode of what traveling and being out there requires."

In the beginning, Rowan had many of the same tethers that keep most people from straying too far from home. But he has slowly, consciously stripped much of that away. He no longer tattoos. It did not make sense to keep a chair at a shop if he was going to be gone much of the time. He initially shifted entirely to freelance design and illustration work. Along with the flash he sold at shops and through a catalogue company (he estimates he had designs in fully half of the tattoo parlors in the United States at one point), he maintained a roster of maybe 40 clients for whom he drew posters or labels or whatever was needed.

He could do a lot of the work on the road, but it also required an incredible amount of coordination. In 2012, he started illustrating and designing on a contract basis for 4 Hands Brewing Co. The St. Louis beermaker was looking for someone with a tattoo artist's flair, and Rowan was that guy. You have seen his work if you've ever picked up a 4 Hands can or bottle. Among the dozens of beer designs are little chocolate peanut butter monsters for the Absence of Light stout, a grinning skull for a red IPA called Snake Oil and midway performers advertising the brewer's annual Lupulin Carnival.

It soon turned into enough work that he could pull back from the chaos of handling dozens of clients. It simplified things, and that made it possible to travel more. These incremental steps get him closer to his goal. He makes a change, which frees up time and resources to travel. He makes another change and travels a little more. He calculates that in the past four years he has spent a total of one year on the road.

His newest strategy is selling $12 monthly subscriptions to books of his travel photos. They are about the same thickness as a National Geographic, and he imagines a collection of them building up on bookshelves, just as the yellow spines of the magazines had in his youth. Ideally, he would travel and then return home to ship a new edition every two months. He is not there yet, but he can imagine it.