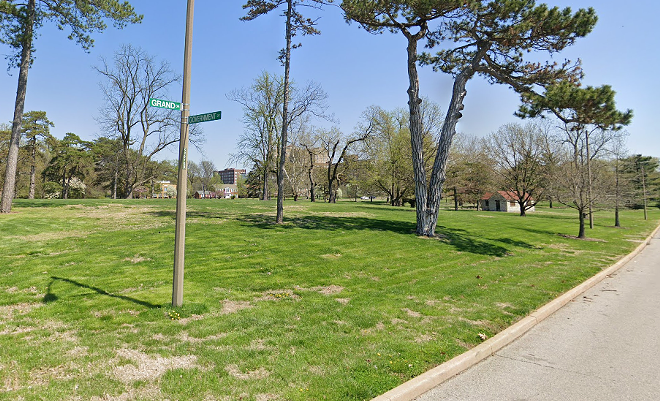 VIA GOOGLE MAPS
The robbery happened on Monday morning near 5175 Grand Drive inside the park.

A man was robbed at gunpoint in broad daylight Monday morning after stopping to check on his vehicle in Forest Park.

The brazen daytime robbery happened around 10:45 a.m., police say. The victim, 29, says he pulled over that morning within the park near 5175 Grand Drive to inspect his car.

That's when, according to police, a man armed with a gun emerged and demanded the victim remove his personal belongings from his pockets and leave them in the vehicle.

The suspect then told the victim to run away, while he and a female accomplice attempted to steal the vehicle, according to police. There was just one problem: The victim had held onto his car keys, and they were still with him when he fled the scene.

The victim ran to the 5300 block of Pershing Avenue, where he called police. When they arrived on the scene the vehicle was still parked where the victim had left it, but his belongings — and the suspects — were gone.

Police describe the armed man as 30 to 35 years old, 5' 8" to 5' 9" tall, with a medium complexion and a thin to average build. He was reportedly dressed in a gray peacoat and a black hat at the time of the robbery.

The woman who was with the armed man is described by police as 24 or 25 years old, 5' 1" to 5' 2" tall, with a medium complexion and a thin build. She was reportedly wearing a black hat and a dark tan coat at the time of the robbery.

Police do not have any arrests in this case, and the investigation is ongoing. The victim was not injured during the robbery.