Just Mercy Tells a Vital Story About Our Courts, but Glosses Over the Worst of It 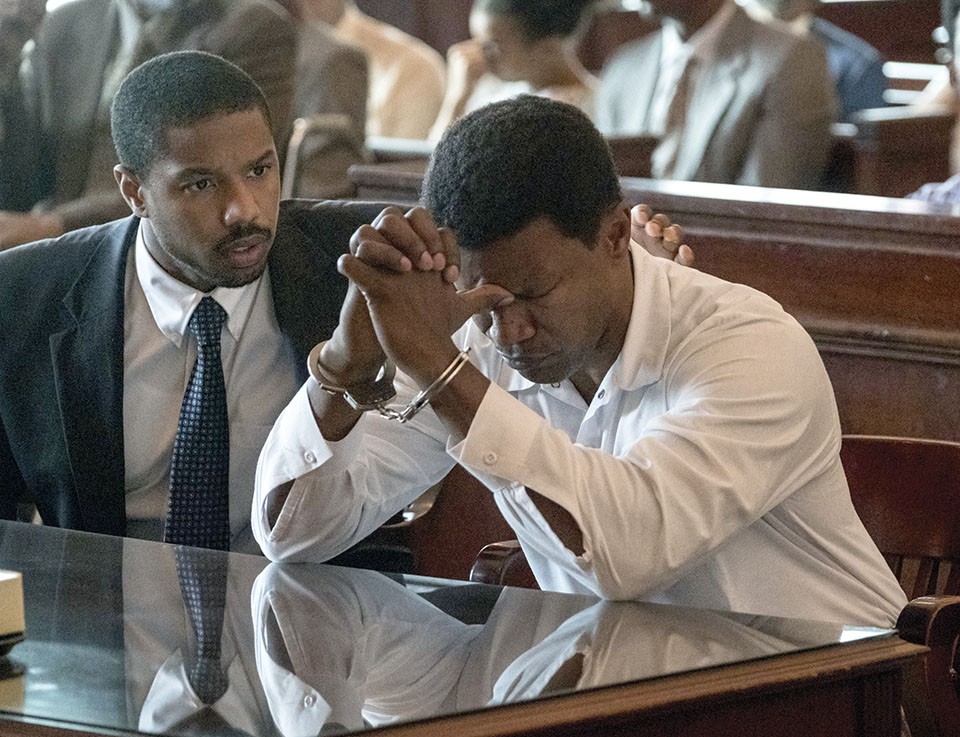 Capital punishment holds such a respected place in our eye-for-an-eye civil landscape that it seems unlikely to face any serious challenge soon. Though shunned by two-thirds of the world, our flawed but final judicial practice is a safe and politically expedient issue, embraced when necessary by lawmakers on all points of the political spectrum. (As governor of Arkansas, Bill Clinton took time to approve an execution while in the middle of his 1992 presidential campaign, an extreme example of a "tough on crime" stance.)

It's also unlikely that Just Mercy, the film adaptation of Bryan Stevenson's deservedly acclaimed memoir, will change laws, reverse unjust sentences or activate spinal development in our morally lazy political leadership. But if it reaches a few new viewers, inspires a few discussions or even gets a few more copies of Stevenson's book into reader's hands, it will have helped raise awareness of a subject too often ignored.

Stevenson founded the Equal Justice Initiative, a non-profit organization that provides legal assistance to the large number of prisoners currently sitting in death rows who have been subject to illegal or unfair sentencing. His book is both an account of his own career and a discussion of several aspects of the juvenile system and its misuse. In alternating chapters throughout the book, Stevenson describes the case of Walter McMillian, an Alabama prisoner accused of murder and facing execution after a trial process that included false testimony, an indifferent judge and a sheriff's office that showed little interest in investigating the crime.

Director Destin Daniel Cretton focuses primarily on the McMillian story, condensing much of the background material for dramatic purposes. It's an understandable decision and an effective one, but it places Stevenson, played by Michael B. Jordan, in the center of the film as the hero and real-world Atticus Finch. (McMillian's trial took place in Harper Lee's hometown, Monroeville, which makes the comparison inevitable.) Stevenson's wide-ranging argument against injustice is reduced, for better or worse, to an audience-friendly narrative, a conventional courtroom drama (is there any other kind?) that hits most of its emotional targets while still allowing some of the book's outrage to seep in.

Cretton moves through the details at a steady pace, allowing even the compressed events to make an impact. The scenes showing the stages of an execution are grim and disturbing, although the same events in the book are even worse. The sense of prison life's grim monotony is strong and the cast — Jordan, Jamie Foxx as McMillian, Rob Morgan as a condemned inmate and Brie Larson as Stevenson's assistant — is excellent. There's also an eccentric performance from Tim Blake Nelson as an unstable witness, taking scene-chewing "Southern" stereotypes to an extreme.

It would be easy to dismiss Just Mercy as a rather toothless form of activism, a film that lets its audience feel outraged and/or self-righteous for a few hours before it sends them home. There is some truth to that: A movie can tell stories and raise issues, but it can't act on them. Admittedly, Just Mercy is a story that deserves to be told, whether in print or on screen, because Bryan Stevenson is a real-world hero.