Rise of the Gamers 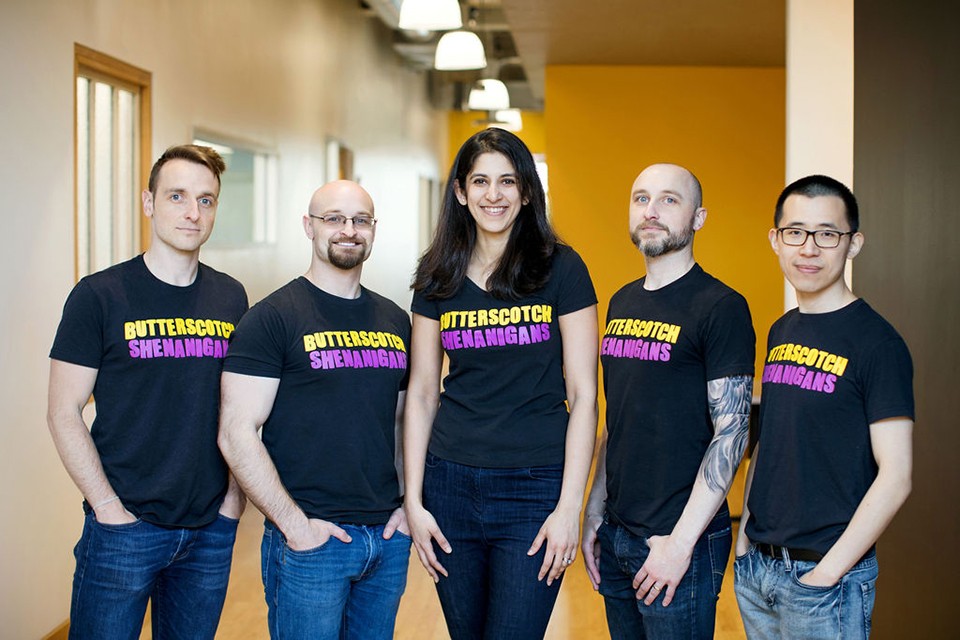 Making a video game requires a highly specific technical background in much the same way that yodeling requires a highly specific kind of bicycle seat. Often, game designers have no formal education in computer science or programming. Sam Coster, co-founder of St. Louis game studio Butterscotch Shenanigans, has a psychology degree from Washington University. His brother Seth dropped out of law school to join him at the sibling-staffed startup based in University City.

Oh, and Sam and Seth's other brother, Adam, came onboard after defending his dissertation in cellular and molecular biology. For all of them, the software and design skills that came along the way are like "acquired powers."

"All of us got into this laterally," Sam Coster explains. "We're all using the weird range of skills that we have. None of us are trained in any of the things we do."

With a staff of five, Butterscotch Shenanigans is one of St. Louis' brightest burgeoning game studios, producing the hit RPG crafter Crashlands, which made Time's list of best games of 2016, and launching the studio's bona fides in St. Louis and beyond. The studio's latest game, "Levelhead" — an ambitious take on the make-it-yourself platformer genre currently dominated by Nintendo's "Mario Maker" series — was recently showcased at Microsoft Xbox's London's X019 event. Next year it will be available for download to the 9.5 million users of Xbox Game Pass subscription service. (Think Netflix, but for games.)

But Coster points out that St. Louis' game development scene isn't comparable, yet, to tech hubs like San Francisco, Seattle or Austin. St. Louis does have one outpost from a major studio, Riot Games, which maintains an office in Clayton. (The company, based in Los Angeles, employs more than 2,300 people in 23 offices around the world.)

"The independent game scene here has grown up to this point, and there's a missing piece to the puzzle," he says. "We've definitely answered the question of whether we build an innovation hub in a non-established anchor city. Our question now is, where might we find the next talent, as we continue expanding in the future?"

One solution lies in St. Louis' growing startup scene, whose tech workers and students present a pool of potential for studios looking for talent. There's also a homegrown pipeline: In 2014, the same year Webster University started offering a major in game design, the college also hosted the first PixelPop Festival, a gaming event that aims to showcase the city's indie game scene and support network for would-be game developers.

"People assume there's not a lot of game-development things in the Midwest, but one of our goals at PixelPop is just making people aware that this community exists; they don't have to travel across the country," says Mary McKenzie, a co-organizer of the festival and a developer herself at the St. Louis-based studio Volcano Bean.

A former costume-designer, McKenzie and her husband founded Volcano Bean in 2014. They started "simple," she says, first with a matching game called "Where's My Goblin?" Then came a second simple game, "Sleepy Kraken," which gave her the practice to polish her skills with important game design software called Unity.

"We found that we really enjoyed it and loved it; it pulled on all of our skill sets," McKenzie says of the game development process. "You don't have to start making commercial games to see if you like it without a huge time commitment."

Currently, McKenzie and Volcano Bean are in the midst of their latest game, which is adorable but not at all simple. The game is called "Battlecakes," a "snack-sized RPG" featuring pastry characters and classic RPG gameplay that also gives players a rare choice: to approach the game's dessert-strewn battlefields with the logic of whacking at the thing until it dies, or to forgo a fight entirely and befriend your foe instead.

At this point in the development, McKenzie and her team have put playable versions of the game online and offered it at public demos. They're deep in the rigors of play-testing.

"It's very humanizing," she says of the process.

"People think about making video games and assume it's not for them; they could not do that," she concludes. "It takes a giant leap of faith."

For St. Louis, the game development scene is looking to string together a combo of similar leaps. The next level, perhaps, will take double jumps.

Just because video games are on your PC, handheld or console, doesn't mean you're exempt from appreciating the arcade classics of yesteryear. Thanks to these local game bars, there's never been a better time for adults to see if they can handle a pint and a round of Galaga.

Ditch Princess Peach and make your own castle at Two Plumbers Brewery + Arcade (2236 First Capitol Drive, St. Charles; 636-224-8626). An arcade bar that went all-in on the concept, here you'll find a wide selection of craft beers and dozens of options for arcade and board-game lovers.