Rage Against the Machine Postpones Tour as Coronavirus Cancellations Continue 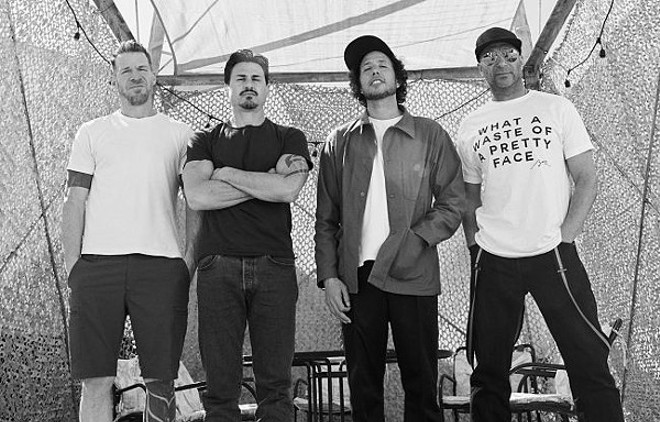 VIA THE ARTIST
Rage Against the Machine's May 16 stop in St. Louis will not go on as planned.

Rage Against the Machine's highly anticipated St. Louis stop — the band's first in more than twenty years — has been cancelled as the absolute bloodbath that is the live music industry today continues to be devastated by coronavirus concerns.

"Due to the current outbreak and ban on public gatherings we are postponing the first part of our tour (March 26th-May 20th) with Run the Jewels," the band writes in a statement. "The safety and health of those who come to our shows is of utmost importance to us. All previously purchased tickets will be honored for newly scheduled shows. As it stands, the July and August tour is still on. We will be in touch soon about rescheduled dates."

The show's postponement follows several other high-profile cancellations as the industry reels from bans on large gatherings due to COVID-19. Pearl Jam, the Zac Brown Band, Arlo Guthrie, Bob Weir and Wolf Bros, Galactic and Anna Burch all announced earlier this week that their shows will not go on as planned.

Following an announcement by city officials that gatherings of 1,000 or more people are banned in St. Louis, the Fox Theatre announced that all of its March shows would be postponed. The Chaifetz Arena has announced it will close its doors and host no shows through the end of April.

Live Nation and AEG Live have both recommended all concerts in the United States be postponed through the end of March, affecting dozens of tours, so more cancellations are sure to roll in.

The Rage Against the Machine one is notable, though, for the fact that it extends all the way through May — St. Louis was set to host the band on May 16. It doesn't bode well for this situation to get under control quickly.