St. Louis Is No Longer Under Curfew, Mayor Krewson Says 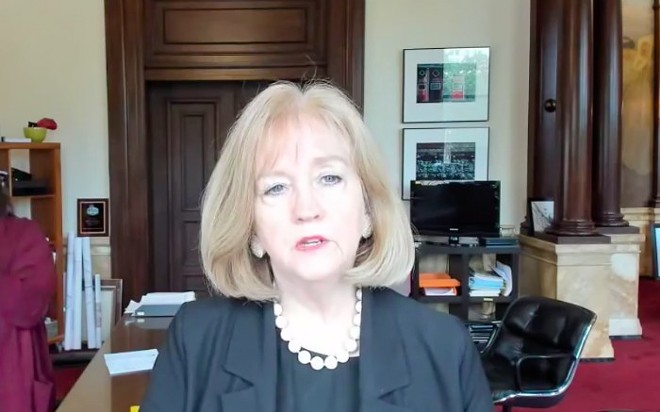 SCREENSHOT
Mayor Lyda Krewson announced today that the curfew has been lifted.

Citizens of St. Louis may now return to business as usual in the hours between 9 p.m. and 6 a.m., Mayor Lyda Krewson says, as the city's curfew has been ended.

"The citywide curfew is lifted effective immediately," Kreswon writes on Facebook. "I thank all the residents and businesses that chose to respect the curfew these past several nights. As a City and as a country, we are listening and changing through non-violent protests and self-expression as we navigate these challenging times."

The curfew was initially set in place on Tuesday, following a violent night of riots in St. Louis that resulted in four police officers being shot and one retired police captain, David Dorn, being killed while protecting a north city pawn shop from looters. Police say more than 60 businesses were damaged and/or burned as well.

Police now have a suspect in custody in the killing of David Dorn — 24-year-old Stephan Cannon has been charged with murder in that case.

Meanwhile peaceful protests condemning police brutality and systemic racism have continued in the St. Louis area over the weekend, resulting in a partial shutdown of I-70 in St. Charles on Saturday and a crowd of thousands marching in downtown St. Louis on Sunday.

The protesters are seeking reform in policing across the nation following the death of George Floyd at the hands of police in Minneapolis, as well as the arrest of the officers who killed Louisville resident Breonna Taylor, who was shot by police who conducted a no-knock raid of her home in search of two drug suspects who were already in police custody at the time. No drugs were found in Taylor's home.