Suspect in Triple Killing of South St. Louis Woman, Kids Is in Custody 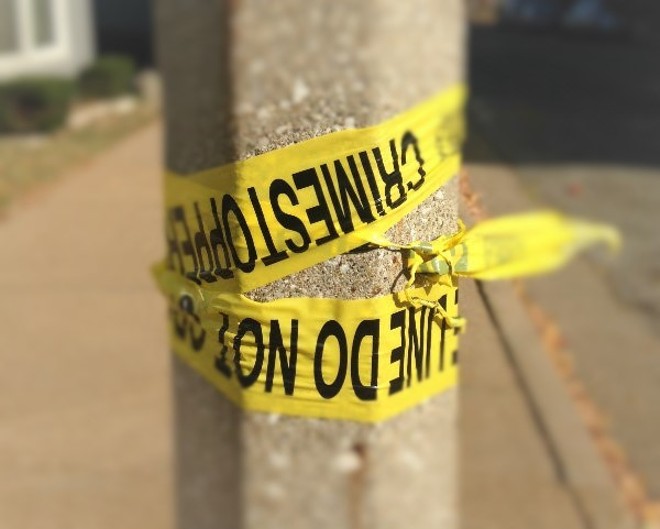 
St. Louis police say they've taken into custody a suspect in this morning's triple murder of a mother and her two young children.

The shooter, whom police haven't named, is a 34-year-old man. Police have release no details about him.

Officers responded minutes before 7 a.m. to a home in the 4100 block of South Grand for a report of gunfire. Inside, they discovered what St. Louis police Chief John Hayden described as a "gruesome" scene. A 30-year-old woman had been shot to death along with her daughters, ages eight and one.

"There's a lot of disturbing evidence inside," Hayden told reporters gathered in a parking lot near the Dutchtown crime scene. "It's very disturbing. I'm sure it's traumatic, traumatizing to the officers who went inside."

Police haven't released the names of the victims, but family speaking to the St. Louis Post-Dispatch identified the mother as a home health aid named Kanisha Hemphill. Her oldest daughter is Journey, and the youngest was known by her nickname ReRe, the newspaper reported.

The family told the Post-Dispatch they suspected the shooter was Hemphill's ex-boyfriend.

Police were still investigating this afternoon and asked anyone with information to call the department's homicide division at 314-444-5371 or, to remain anonymous and possibly receive a reward, CrimeStoppers at 866-371-8477 (TIPS).