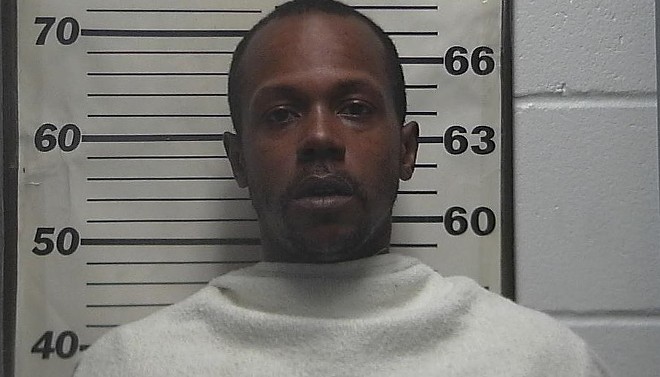 
The ex-boyfriend of a south St. Louis mother has been charged with three counts of first-degree murder in her death and the killing of her kids.

Ronald Marr, 34, was arrested on Thursday in Effingham, Illinois, as he allegedly tried to skip town on a Greyhound bus.

Police say he shot 30-year-old Kanisha Hemphill and her two daughters, ages eight and one. The youngest was his own child.

Officers responded just before 7 a.m. Thursday to a report of gunfire at Hemphill's home in the 4100 block of South Grand Boulevard in St. Louis' Dutchtown neighborhood. Inside, they discovered the bodies of the mother and her children.

It's not clear what led up to the shooting. Even before Marr was named  by police, Hemphill's brother told the St. Louis Post-Dispatch he suspected the ex-boyfriend immediately because of past conflicts between the former couple.

In court documents filed by prosecutors in the St. Louis Circuit Attorney's Office, St. Louis police Detective Katherine Rund wrote that a witness heard gunfire on Thursday morning and then saw Marr leaving Hemphill's home. Rund says Marr then ditched his cell phone and bought a new one along with a bus ticket. He was intercepted by Effingham, just over 100 miles away from St. Louis.

In Rund's probable cause statement, she argues Marr is a danger to the witness and has already demonstrated himself to be a flight risk.