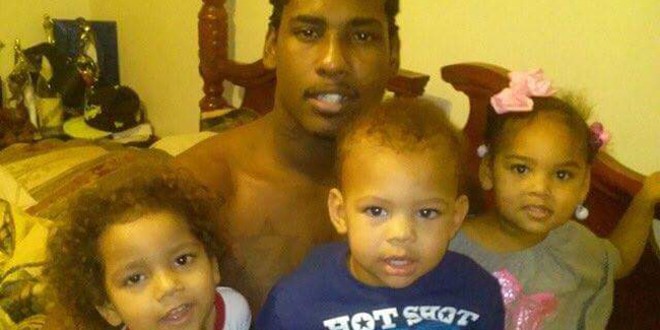 No one will face criminal charges in the death of Tory Sanders, who died in 2017 after he was tased, pepper-sprayed, pinned down and choked by jailers during a mental health episode in a notorious rural Missouri jail.

State Attorney General Eric Schmitt announced today that staff from his office conducted a review of the case and concluded there wasn't evidence to support a murder charge, the only charge available due to the statute of limitations.

“The death of Tory Sanders is tragic and heartbreaking, particularly for his family and his loved ones, and my heart goes out to them," Schmitt said in a news release.

Sanders was 28 when he took off from his home in Nashville and apparently took a wrong turn on his way to see family in Memphis. The married father of eight traveled throughout the night before running out of gas in Missouri's Bootheel region. He eventually made his way early in the morning to Mississippi County where he asked a gas station worker to contact police because he believed he was wanted on a warrant back home. He was, but it was a misdemeanor — not something local cops would hold him on for extradition.

As the day went on, Sanders's mental health seemed to be deteriorating, according to accounts described by the Attorney General's summary and a civil lawsuit filed by his family. (Relatives previously told the Riverfront Times he suffered from depression.) Sanders reportedly refused to leave the jail and clashed multiple times with jailers, who at different times shocked him with a stun gun. A Mississippi County sheriff's deputy let Sanders use his cell phone to call his mother.

"They're trying to kill me," Sanders reportedly told his mother. Sanders was checked out twice by a counselor, who recommended during the second visit that he should be placed on a 96-hour mental health hold. Sanders was to be transferred for psychiatric care at a nearby hospital, but he never made it there.

Confrontations with jail staff grew increasingly violent that evening as he refused to leave a cell, and jailers called local cops to respond with pepper spray, which they blasted through an opening in the cell door. Sanders was able to snatch the keys from one staffer during a pepper spray episode, according to the attorney general's summary.

In a cell phone video recorded by a jail nurse, Sanders shouted that he was going to be raped and killed and Mexicans were trying to kill him, according to the attorney general. Sometime after 6 p.m., more than eight hours after Sanders entered the jail, staffers decided to go into the cell to get him. The attorney general says Sanders fought with them, holding off multiple attempts by jailers. They responded by unleashing so much pepper spray that they all had to go outside for fresh air.

That's about the time when then-Sheriff Cory Hutcheson arrived. In theory, Hutcheson's actions with the sheriff's office and jail were supposed to be administrative only. He was facing charges in unrelated cases after he was caught tracing the cell phones of his former boss, Missouri state troopers and a local judge. He would eventually plead guilty in a federal case and be sent to federal prison, but while the charges were pending, he was supposed to be stripped of any hands-on law enforcement action. However, at 7:18 p.m. that day, Hutcheson led nine people — a mix of jail staff and cops — into the cell in what turned out to a final confrontation.

The group piled onto Sanders. The attorney general says Sanders, "exhibiting extreme strength," tossed them aside and kept fighting, biting one man's thumb as people in Hutcheson's crew threw punches. One person kneed Sanders to the ground where jail administrator Sally Yanez squeezed his neck, choking him out. The attorney general says Hutcheson was also near Sanders's head. In the civil lawsuit, some in the cell said the sheriff jammed his knee against Sander's neck. The 28-year-old went limp and never recovered. He died shortly after.

"This is a gentleman who was having a medical emergency, not someone who was being charged with a crime," says attorney Samuel Wendt of Wendt Law Firm, who is representing Sanders' family in a civil lawsuit.

Sanders died three years before George Floyd was killed by Minneapolis police, who held him down and kneeled on his neck. Floyd's killing, recorded on video that soon went viral, sparked mass protests across the country. But Sanders's death, which his family and a medical examiner blamed on a knee to the neck, played out in a sparsely populated corner of rural Missouri and never received a fraction of the media coverage.

Then-Attorney General Josh Hawley reviewed the case and decided against filing murder charges. At the time, he left the door open to lesser charges, but Wendt says they never pursued anything else.

"They did nothing," he said.

Instead, Hawley left office midway through his term after beating Claire McCaskill for a seat in the U.S. Senate. The statute of limitations for lesser charges has since expired, which left murder in the first or second degree as the only remaining options. Schmitt says he put two of his office's most experienced attorneys on the review, but they ultimately concluded they couldn't prove that Hutcheson and the others intended to kill Sanders.

"Obviously, they're incredibly devastated, not only by his loss, but by the Hawley administration's decision not to press charges originally and now by the Schmitt administration's" decision.

The attorney general's report cited the conclusions of two medical examiners who blamed "excited delirium" and cardiac arrest for Sanders's death. It's a controversial diagnosis. Wendt points out that it pops up as a cause almost exclusively in police-custody deaths. It is not recognized as an actual condition by American Medical Association, American Psychological Association or World Health Organization.

A toxicology report found that Sanders had meth and cocaine in his system, which the attorney general's report suggests also contributed to his death.

It's not clear, however, how recently he would have taken any drugs. He arrived at the gas station about 4 a.m., according to a worker there who told the RFT in 2017 that Sanders seemed calm and friendly. Sanders entered the jail about 10 a.m. and had his final showdown with Hutcheson and the others more than nine hours later.

A third medical examiner hired by the family came to a different conclusion after reviewing the case. She suspected the cause of death was really asphyxiation as a result of him being choked out in the cell. That wasn't conclusive enough to merit charges, according to the attorney general.

The civil lawsuit in the case is still pending. Wendt says one of the issues involves surveillance video from inside the jail. The attorney general's summary says there is no footage from surveillance cameras showing the inside of Sanders' cell. That may be true now, but Wendt says it wasn't always the case.

One camera was aimed down the hallway and would have given a partial view into the cell, the attorney says. After Sanders' death, the Missouri State Highway Patrol conducted an investigation and requested the footage from jail cameras that day. Hutcheson, described by adversaries as a tech whiz, gave them a thumb drive that included a couple of hours of video from two cameras, but not the one that could have shown what happened in the cell and at the door. Asked the next day by an investigator for all the footage, he said he'd provide it in a couple of days.

VIA COURT EXHIBIT
The view from the camera would have shown the door to Sanders' cell and, when the door opened, a partial view inside.

By the time the highway patrol got ahold of the DVRs, the camera's footage from the time of the incident was gone. Wendt says they suspect Hutcheson, the only one with the password for the DVRs, or someone else wiped the recording. Wendt filed a motion in the civil suit asking a judge to find that Hutcheson destroyed evidence.

"[The camera] didn't magically stop recording during the time Tory Sanders was involved in this horrible situation," Wendt says.

The civil suit is still pending. There is a tentative settlement with Charleston, the city where the jail is located, but the case continues against Mississippi County and Hutcheson who is now out of federal prison.

Wendt has become familiar with Hutcheson through past suits and says the jail and county are almost certainly better off now that he is no longer working in law enforcement.

Sanders's death was just one of multiple incidents at the jail during Hutcheson's tenure, first as the jail administrator and later as sheriff.

In 2018, Mississippi County and Charleston settled a lawsuit with a young mother who died of an overdose in the jail. Video showed jailers laughing and mocking her as she lay dying, according to a suit brought by her relatives, who were also represented by the Wendt Law Firm.

In another case, the ACLU filed a suit on behalf of a former inmate, who was pregnant and undergoing severe complications. The suit claimed she was refused medical care and was eventually transferred to a correctional facility across the state where her baby was stillborn.