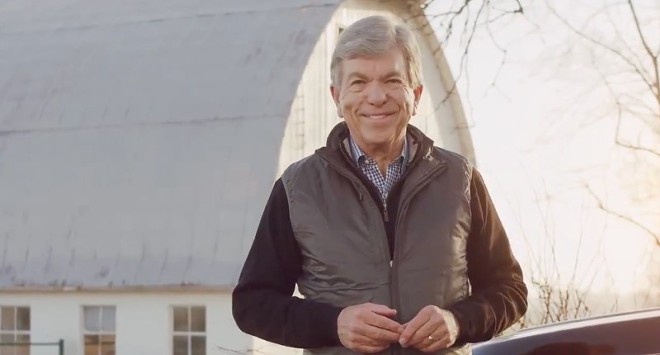 SCREENSHOT
U.S. Sen. Roy Blunt spoke in front of a dairy barn to announce he isn't running for re-election.


Sen. Roy Blunt announced today that he's not going to run for re-election.

Missouri's 71-year-old senior senator gave no reason for hanging it up, but the bombshell announcement is sure to open a wild campaign to replace him. Former Missouri state senator Scott Sifton, a Democrat, had already announced plans to challenge Blunt, and ex-Missouri Governor Eric Greitens has been following some sort of weird, multistep plan to resurrect his reputation — mostly recently suggesting he might challenge Blunt.

Thank you, Missourians, for the opportunity to work for you and a better future for our state and our country. pic.twitter.com/1GjX74zhZB


But Blunt's exit means the race will be wide open, ensuring more will join the field. An establishment Republican, he was virtually unbeatable, as he modestly noted while recounting every victory. In recent years, he'd played the straight man to Sen. Josh Hawley's insurgent-summoning careerism. Blunt managed to give enough support to Donald Trump to keep the ex-President from targeting him, but not so much as to earn the full fury of the left.

In his video address, Blunt spoke in front of a dairy barn where he said his parents milked cows, spooling out a parable about hard work and finishing the job.

"In almost 12,000 votes in the Congress, I'm sure I wasn't right every time," Blunt said, forcing a chuckle. "But you really make that decision based on the information you have at the time."

He wrapped up by thanking his family and supporters.

"Most importantly, thanks to Missourians, whether you voted for me or not, for the opportunity to work for you and a better future for our state and our country."