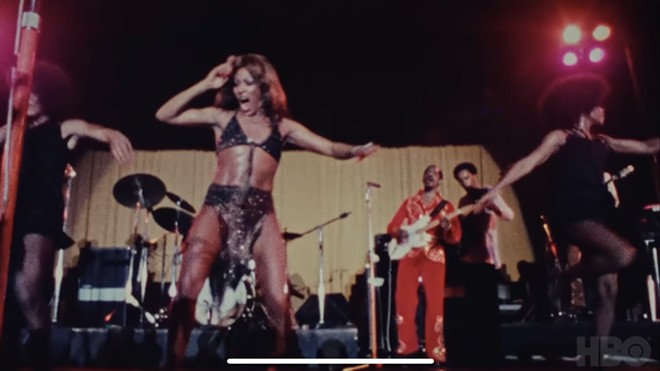 We’ve been worshiping at the altar of Tina Turner for decades here in St. Louis, but thanks to a new documentary airing this weekend, the whole world is about to learn all there is to know about the Queen of Rock & Roll.

This weekend, HBO is debuting TINA, which aims to be the definitive account of Turner’s life. The documentary is almost two hours long and includes interviews with Oprah Winfrey, Angela Bassett and Kurt Loder,

Born Anna Mae Bullock, the entertainment icon got her start in St. Louis playing venues like the legendary Club Imperial on North Tucker Boulevard. From there, she went on to split with Ike Turner (famously only asking for her name in the divorce) and left him in her dust, becoming an international superstar who earned unprecedented success.

RELATED: Amazing Photos That Show Club Imperial in Its Heyday

Her ambition, her pain and her ability to bounce back are highlighted in this film, along with disclosures about her current health situation as she nears the end of her life. Reviewers have said that TINA is essentially a goodbye film from her to her fans, where she sets the record straight about her life on her own terms.

“With a wealth of never-before-seen footage, audio tapes, personal photos, and new interviews, including with the singer herself, TINA presents an unvarnished and dynamic account of the life and career of music icon Tina Turner.

Everything changed when Tina began telling her story, a story of trauma and survival, that gave way to a rebirth as the record-breaking queen of rock 'n' roll. But behind closed doors, the singer struggled with the survivor narrative that meant her past was never fully behind her.

Directed by Dan Lindsay and T.J. Martin, the documentary charts Tina Turner's early fame, the private and public personal and professional struggles, and her return to the world stage as a global phenomenon in the 1980s.


You can catch TINA starting this Saturday, March 27 at 7 p.m on HBO and HBO MAX.

The trailer is below.