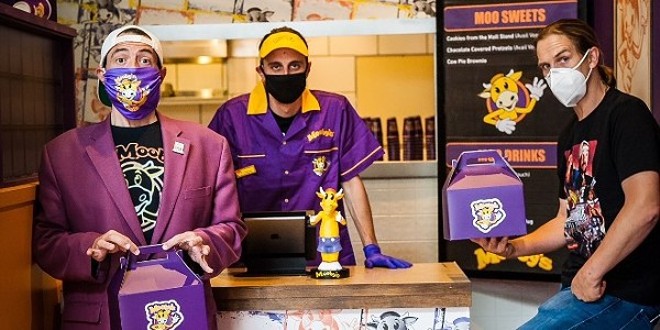 Mooby's fans, the wait is over: The pop-up restaurant based on the fictional restaurant that appears in several Kevin Smith films has announced details of it's St. Louis stop. The event will take place April 21-May 3 at Good Buddy's Tasty Soups & Sandwiches (1115 Pine Street, 314-300-8686) and will feature a Mooby's branded beer collaboration with local brewery 2nd Shift Brewing.

Details of the pop-up were released this morning at 6:15 a.m. for those who previously signed up on the event's website for early access to information and tickets. Sales open up to the general public this morning at 11 a.m.

For $29 a ticket will get you a Mooby's Meal, which includes a Moo Main and a Salt Lick Side, as well as a time slot to enjoy the immersive Mooby's experience. Mooby's-2nd Shift beer, additional sides, desserts and merchandise can be purchased either in advance or at the event.

As promised the Mooby's pop-up menu includes such iconic dishes at both a beer and plant-based version of the Cow Tipper burger, the Cock Smoker Chicken Sandwich, the Cow Dong Vegan Beyond Brat, Hater Totz, Onion Rings to Rule Them All and Honey Habanero Cow Balls. Mooby's will also serve a variety of sweet treats and beverages. The 2nd Shift event beer is available for purchase as a four-pack.

In addition to general Mooby's branded merchandise, organizers of the event have created St. Louis-specific items, such as St. Louis Cowdinals tee-shirts and a St. Louis-themed postcard, which depicts the Mooby's cow playing the piano under the Arch.

For more information and to purchase tickets, visit www.moobyspopup.com. 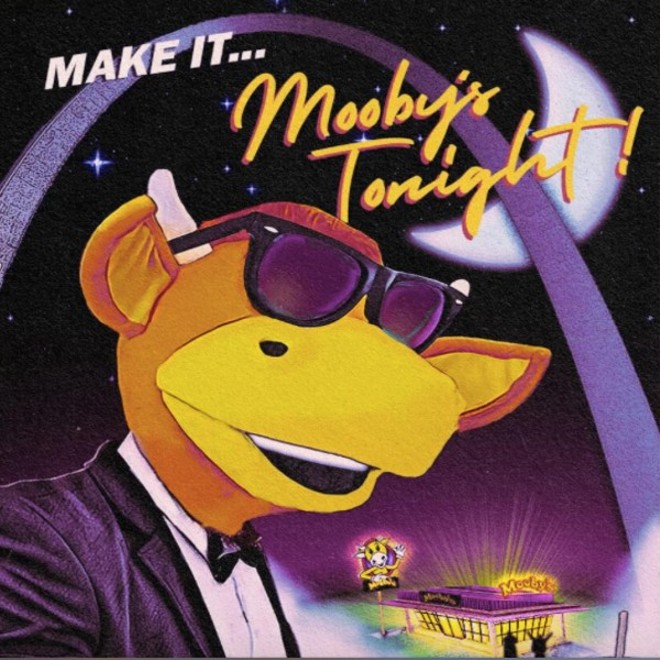 ART BY NATE GONZALEZ
Mooby's has big plans for its St. Louis stop.