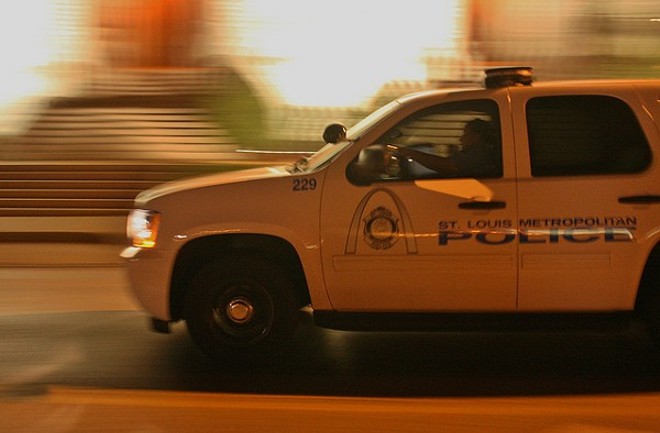 
A five-year-old girl accidentally shot her four-year-old sister on Saturday night in their home in the Carr Square neighborhood, police say.

Three sisters were playing together in their home about 8:40 p.m. in the 1100 block of North 20th Street when they apparently got ahold of a gun. Police have released few details about what happened, but the four-year-old was rushed to a hospital. Her condition was described as critical but stable on Sunday.

The city's rampant gun violence has hit children especially hard. In March, a Riverfront Times cover story reported on the issue of youth homicides and found St. Louis has repeatedly had the worst per-capita child murder rate in the country. It's only gotten worse this year.

Last week, a 28-year-old was charged with first-degree murder in the killing of seven-year-old Dmyah Fleming and her father Darrion Rankin-Fleming, who were shot to death in January while sitting in a parked car in the Central West End.

A seventeen-year-old ws charged on April 1 first with first-degree murder in the killing of nine-year-old Caion Greene, who was also shot to death in a parked car. His parents said they had planned to deliver food to the boy's grandmother when two shooters opened fire on their car, striking Caion in the chest and narrowly missing others in the car, including the boy's baby brother.