Sitting in the back of my 2019 Chrysler Pacifica — trunk popped open, third row seats folded flat — and sipping a PiRico house margarita out of a pouch that is basically an adult Capri Sun, I couldn't help but think of my former colleague and how sad he'd be to see such a scene. After all, I used to egg him on, assuring everyone within earshot that I, too, would never be a minivan sellout if I ever had kids. Yet here I was, a couple of decades later, embodying the very essence of what I once railed against. And I was loving every minute of it. 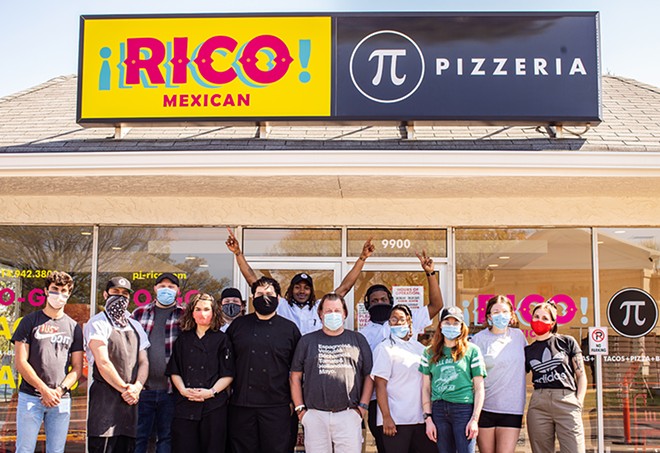 MABEL SUEN
PiRico Chef Cary McDowell and staff have created a go-to spot for families and everyone else.

The shift in priorities that happens when you have kids is so sudden and extreme, it's almost too difficult to wrap your head around. But it's so, so real. Chris Sommers brilliantly recognized this. Since founding Pi in 2008, he's built his brand as a modern pizzeria — the place you go to for a night out to sit down, relax and enjoy interesting yet still accessible eats over a pint or two of craft beer. Gringo, his Mexican concept, built upon that idea, but no matter how family-friendly his establishments may be, the thought of he and his wife packing up their three kids for a sit-down meal at a restaurant more often than not seemed like a special kind of hell.

When Sommers, together with his longtime chef Cary McDowell, happened upon the former Filomena's Italian Kitchen space in Glendale, something clicked. For a while, the two had been toying around with the idea of combining the Pi and Gringo brands under one roof. With its carryout-friendly setup and drive-through, the Glendale location seemed not only tailor-made for that, but it also presented a way to retool their vision into a family-oriented restaurant utopia. The idea was simple: Have an accessible enough menu with a little something for everyone, make it easy to order, easier to pick up and delicious, and you'd be doing the Lord's work. From that plan, PiRico was born. 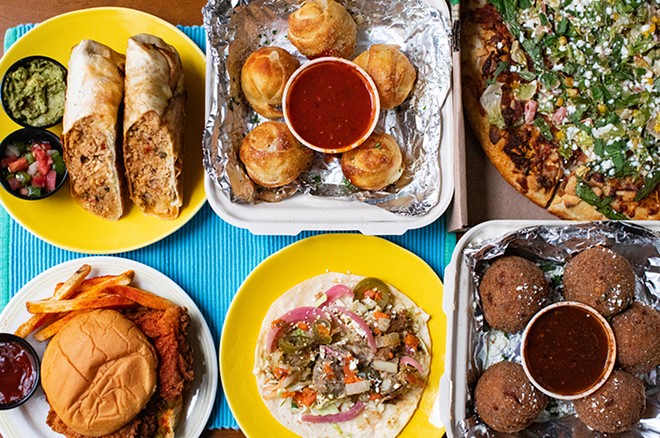 PiRico opened its doors this past October, and in just a few short months has shown that it is not only the perfect setup for a family, it's equally ideal for pandemic dining. With its easy-to-navigate online platform and drive-through window, the restaurant is the gold standard of effortless, contactless carryout. Guests order over the Toast site (phone orders are also accepted), schedule a pickup time and receive a text message when their order is complete. Though the parking lot is small, there are enough spaces to accommodate any wait time if you arrive early; it's also a great setup for popping the trunk and enjoying a little tailgate-inspired meal after you grab your order (credit for this idea goes to Sommers' wife, Anne, who I must disclose is a dear friend).

Even more beautiful than the ease is the food. Fans of both Pi and Gringo will be pleased that the new spot brings several favorites from both restaurants to Glendale. In fact, the menu is about a 50/50 split between Pi's and Gringo's menus, with new dishes created just for PiRico, such as the outstanding Brussels sprouts. The veggies are deep-fried and topped with caramelized onions and chorizo, its drippings forming a warmly spiced sauce that coats the sprouts. Another new appetizer, the Rico-Cinis, are a genius marriage of Italian and Mexican traditions. In place of traditional risotto, the fried spheres are made from Spanish rice, then filled with chorizo and cheese. That this has been missing from our lives this long is unconscionable. 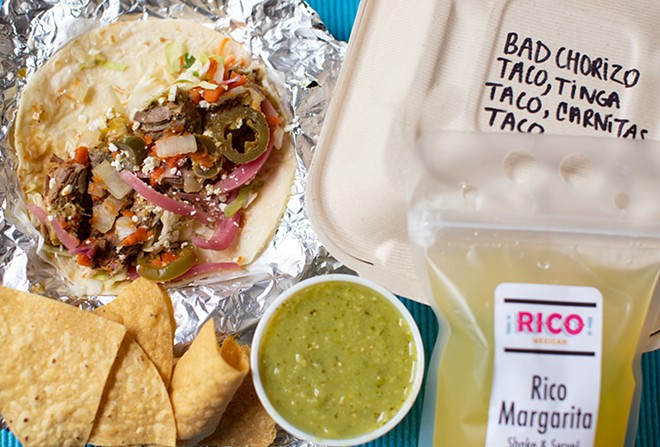 PiRico builds on Pi's repertoire with two new pizzas. The Glendale pairs Brussels sprouts, caramelized onions and bacon with chipotle glaze, smoked gouda and mozzarella. The result is a gently smoked flavor brightened with verdant pesto. Another PiRico-specific pizza, the Rico Pi is like the Rico-Cinis, in that it plays on the marriage of Italian and Mexican flavors with its chipotle crema and refried beans base, seasoned ground beef, salsa, lettuce, pico de gallo, charred corn and mozzarella cheese. It's like a seven-layer dip in a sophisticated pizza form.

The restaurant succeeds with more straightforward Mexican-inspired fare as well. The carnitas burrito is stuffed with succulent roasted pork, chorizo, rice and cheese; it's like a glorious pork and sausage melt. Often a throwaway dish at other establishments, PiRico's chicken quesadilla is intensely flavorful; the meat is tender and smoky, and the way it's triple-folded makes it like a multi-layered pressed sandwich. Equally successful is the new B.A.D. (Breakfast All Day) taco, a filling mix of chorizo, egg, cheese, fries and accoutrements; it's all the wonderful things about brunch in a warm flour tortilla.

If Popeyes and Chick-fil-A have been duking it out over their spicy chicken sandwiches, the Rico Chicken comes in for the KO. This behemoth between a bun is dusted in a spice blend, then dunked in chili oil for an extra punch. A jalapeño pickle relish both adds to the heat and cools simultaneously, adding one more extraordinary layer of spice and flavor. This, alone, is worth a trip through the drive-through, but it's not the restaurant's only standout sandwich. McDowell created a Mexican-inflected double smash burger, gilded with gooey fundido cheese that soaks into every crevice of the meat, and topped with pickled jalapeños and crunch slaw to break up the richness.

What's even more outstanding about this burger is that you don't have to modify it without the cheese and accoutrements to turn it into something your kid will eat. PiRico has a dedicated kids menu with all the classics, which means you can roll up, order a quesadilla for one kiddo, a burger for another, a side of fries for the one who won't eat anything and a couple of margarita pouches for yourself. That you don't even have to get out of the car to do so is not just magical, it's often a matter of survival. If this isn't as unapologetically blissful as cruising around town in a roving living room, what is?