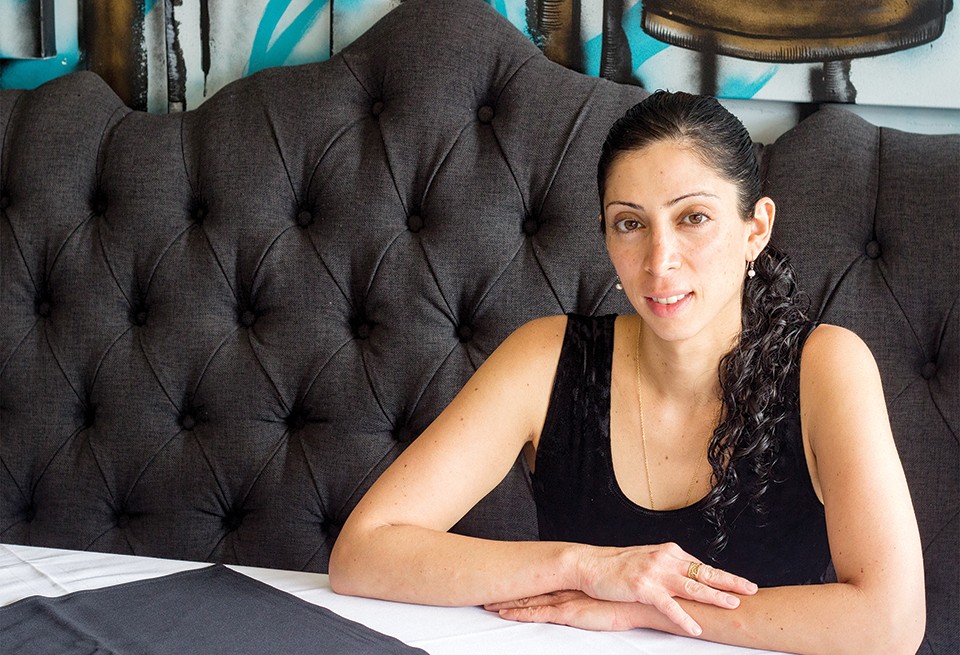 MABEL SUEN
"This business doesn't provide health care, works you to the bone and is fickle. Why would you stay in that?" says Natasha Bahrami.

Abbey Tampow thought she was finally about to catch a break.

For months, she and the rest of her skeleton crew at the Town & Country mainstay the Country Club Bar and Grill had been working nonstop, struggling to manage an increase in business while painfully short-staffed. She'd been desperate to hire someone — anyone — to take the burden off her and her coworkers, who were working sixty hours per week, and she thought she'd finally found that person. The applicant seemed enthusiastic about the opportunity and made it through three different interviews before accepting an offer to come on board. Tampow had training for the newcomer all set up, put her on the schedule and was ready to welcome her to the team one weekday lunch a few weeks back.

The woman never showed up.

"One extra hand would have meant relief for everyone," Tampow says. "It might be just one person, but that's crucial when we are working 24/7. It would have meant someone could go to a doctor appointment or do errands they have been putting off because they can't catch their breath. We always go through this point in the year where we worry about hiring enough people, and it always works out, but this is different. I've never seen anything like this, where the lack of help has affected the entire staff. Right now, we're just all trying to get through."

The staffing problems Tampow describes are not unique to the Country Club. Throughout the St. Louis area food and beverage industry and beyond, restaurants and bars are struggling to find help. Reaching the level of what many are referring to as a crisis, the inability to find employees is piling grief upon an industry that has already seen more than its fair share of COVID-19-induced misery, and it is impacting restaurants' and bars' ability to recover from the financial devastation of the past year. Without anyone to serve an increasingly vaccinated dining public eager to return to eating out as usual, businesses have been forced to turn away customers, cut hours and rethink the very nature of how they serve people.

"People who haven't dined out for the past year are coming out now and expecting things to be the same as they were, but this is a changed industry," says Natasha Bahrami, owner of the Gin Room and Café Natasha's. "People say it's going to be the Roaring Twenties with everyone wanting to come out and enjoy themselves, but they're going to have to be patient because people just aren't coming back."

To Bahrami, who runs the South Grand bar and restaurant with her mother, Hamishe, and husband, Michael Fricker, the inability to hire staff is something entirely new. In its 36 years in business, Café Natasha's has prided itself on its family work environment with little turnover, retaining its employees, sometimes for decades. Now, however, she is struggling to find people to work, as longtime employees leave the hospitality business for industries perceived as more stable.

"Many have left the industry — and rightly so," Bahrami says. "This business doesn't provide health care, works you to the bone and is fickle. Why would you stay in that? This has called into question the entire stability of the industry."

Bahrami's sentiment about the systemic issues in the food and beverage business echo those of other restaurateurs, chefs and hospitality workers who see this phenomenon as a long time coming. For decades in the United States, the restaurant industry has been plagued by a host of issues that disincentivize anyone but the true believers from making a career out of hospitality. Low wages, long hours that include weekends and holidays, a culture hostile to work-life balance, lack of health care or paid time off have been the features of restaurant life. As with many things, the pandemic did not create these issues; it exposed the weaknesses.

Though recent years have seen a push toward a more professionalized industry with a better work-life balance, the change has not been broad enough. Nowhere is this more apparent than in the back of the house. If servers and bartenders are currently difficult to come by, finding kitchen help is next to impossible. As Royale and Tick Tock Tavern owner Steven Fitzpatrick-Smith explains, the current crisis shines a light on the pay disparity between the front-facing staff, who make tips, and those in the back of the house, who earn solely an hourly wage. 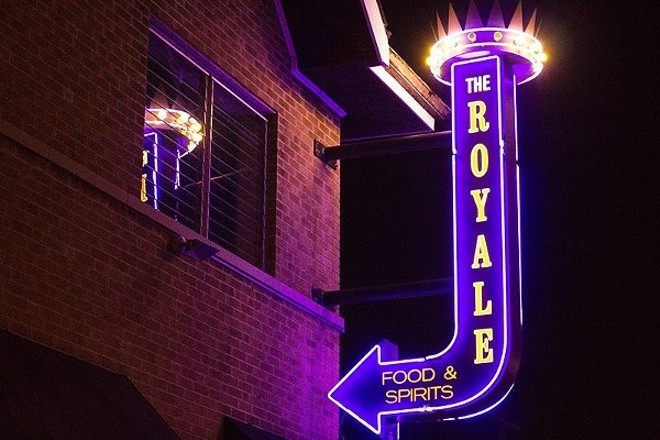 RIVERFRONT TIMES FILE
The industry needs a correction when it comes to pay disparities between front and back of house.

"Obviously, the back of the house needs to get compensated better," Fitzpatrick-Smith says. "That's been the dirty little secret of the business and has bummed me out on so many levels over the years. I've been doing my best to address it and have been doing research, but there is no easy solution. Whether it's a tip share, better compensation, a true minimum wage or better benefits package, we should be compensating our people as best as possible. I expect restaurant prices to bump up, because we are long overdue for that."

However, even generous compensation packages are still failing to attract help. At the Pat Connolly Tavern, owner Joe Jovanovich is so desperate to find cooks that he is offering a $500 hiring bonus for those who stick with the team for 90 days. He admits it's a difficult pill to swallow. With the financial hardships caused by the loss of revenue his restaurant has endured over the past year, he is struggling to increase compensation, even though, philosophically, he believes it is the right thing to do. However, he cannot reopen — and in turn, make money again — unless he has the staff to do so. It's a difficult cycle, and one that he thinks will usher in a much-needed change in the industry.

"It's a fact that kitchen workers have been shockingly underpaid for a long time," Jovanovich says. "It's systemic, and I don't think it's a bad thing for wage expectations to shift up. It's fair, and it's long overdue, but we have to make ends meet. I don't know if, big picture-wise, that means tax incentives for employers paying a living wage or what. Customers are going to have to understand that if we may have to charge more — but then that makes going out to eat less inclusive and accessible for people. I don't know what's going to happen, but this is definitely going to lead some folks to rethink their business model as they think of the long-term, bigger picture."

Cary McDowell, executive chef of Pi, Gringo and PiRico, has come to a similar conclusion.

"It's a reckoning for sure," he says.

For McDowell, a longtime industry veteran, the current staffing crisis is unlike anything he has seen in his decades in the business — and it is utterly terrifying. Coming up as a chef at a time where a job was seen as more of an apprenticeship, he's seen the industry shift tremendously even as the notion of pricing and compensation has not. Though he understands that no one wants to see prices increase, he thinks people need to be prepared for the cost of their meals to more accurately reflect the inputs that go into their food, though he believes even that answer oversimplifies the complex web of issues that have led us to where we are today.

If industry professionals have one thing in common — other than their shared understaffing problems — it's that they do not repeat the narrative that the cause of the current staffing crisis has to do with the additional unemployment compensation available to workers as a result of federal COVID-19 economic relief packages. At their height, unemployed workers were paid an additional $600 per week in jobless benefits; this has since been reduced to $300. Though some recognize the incentive presented by the increased unemployment benefits — and are hopeful the crisis will abate once this extra money goes away — most owners and managers are not laying the blame for the shortage of workers at the feet of federal policy. Instead, they point to broader work-life balance issues, health and safety concerns, and the desire for stability that have pushed prospective employees to different lines of work.

Though the explanations for the worker shortage may be numerous and complex, the reason why they are unable to run at full-capacity is simple: There's no one to work. As many owners and managers lament, there is a perception in the dining public that the reason they are open limited hours, have stopped lunch service, or turn away tables has to do with safety concerns — that they are not ready to jump back into full operations because of the threat still posed by COVID-19. While the virus is still at the forefront of their minds, they are eager to get back to business as safely as possible. However, they are not willing to sacrifice the quality of their food and service in the process. In the meantime, they beg for patience, kindness and empathy as they work hard to do the one thing that they all want to do: serve people.

"Just being patient and kind is everything right now," says Bahrami. "If people want this industry to survive, supporting your favorite restaurant in a kind way is the best way to do that. Just be patient and know that we are doing our best — and cherish what's here now, or else it might not be here anymore."