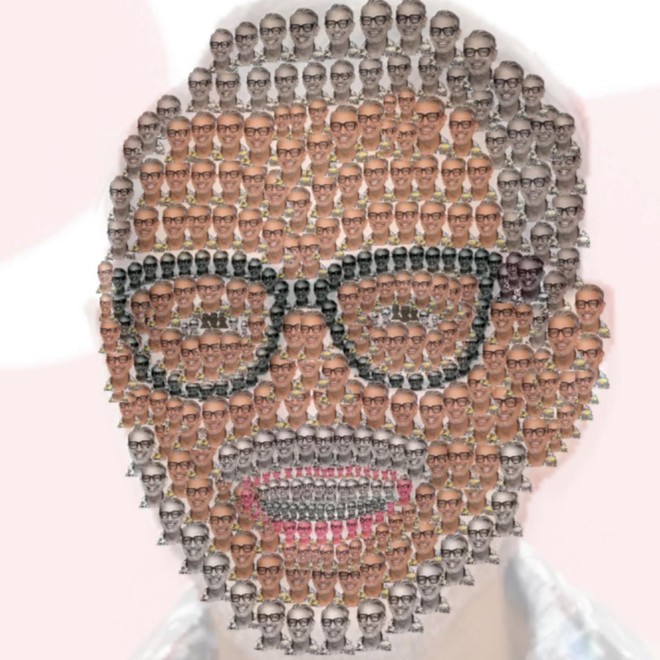 VIA INSTAGRAM
A fifth grader's portrait of Jeff Goldblum, who truly contains multitudes.

A fifth-grade class in Webster Grove responded to the challenges of virtual learning by bonding over their shared fandom of Jeff Goldblum — and, as you can imagine, he is completely delighted by this information.

In an April 21 Instagram post, the famed actor said he recently learned that he had become "a seed of creative inspiration" for the students in a particular class at Bristol Elementary School.

"Thank you to these valiant and heroic students for honoring our shared enthusiasms so fantastically!" Goldblum wrote, attaching several examples of the sorts of artwork he had inspired. The selections include the above image of Jeff Goldblum's face made of many tiny Jeff Goldblums, in addition to one student's admirable attempt, shown below, to crop and insert a casually dressed Jeff Goldblum into a photo of a formally-dressed horse.


Along with visual expressions of the Goldblumian oeuvre, some students submitted written works that captured not just the warm irreverence of the man himself, but the confidence.

"It was a sunny day in Jeff Goldblum town," begins one short story, in which the effortlessly cool actor demonstrates how to answer the phone ("This is Jeff Goldblum who is this?") and later becomes so enamored with riding a "Fancy Horse" that he gives away his car. (The story ends, "Then they rode off into the sunset like they do in the movies.")

Goldblum's post included a touching letter sent by parent Tara Scheer, who explained that "what started simply as one kid’s fandom has quickly spread to the entire class."

The pandemic and a year of virtual learning had been hard on the kids, Scheer wrote. "One of the biggest challenges in a virtual environment is building community and fostering relationships."

"As funny as it sounds," her message continued, "Jeff Goldblum has brought this class together in a way no one could have imagined when the school year started in August. I’m honestly not sure this would ever have happened if they were learning together in-person."

According to the Webster Kirkwood-Times, Scheer and other parents had conspired to collect their kids' creations and sent them to Goldblum's publicist as evidence of his ascension to the status of grade school muse.

Then, on April 14, Scheer checked her voicemail for a new message.

"Hello Tara, it’s Jeff Goldblum calling," the message began, per a recording published by the Webster Kirkwood-Times. "That’s the sweetest letter that you sent and what those kids are doing and what you all are doing there is so adorable — I was very touched by it. I just wanted to say hello and see if there’s anything I could do, but if nothing else, give a big hug and a kiss to all of those kids and tell them I really appreciate what they’re doing."

Before signing off, Goldblum noted that he was calling from Australia, where he's working on the latest film in Marvel's "Thor" series.

"Anyway, I won't pester you anymore," he said, as if anyone could be pestered by Jeff Goldblum. "Thanks so much."

After hanging up the phone, we imagine Goldblum immediately went outside, mounted a horse dressed in a three-piece suit, and rode off into the sunset.