Taqueria Durango Is Back After Fire — And Somehow Even Better 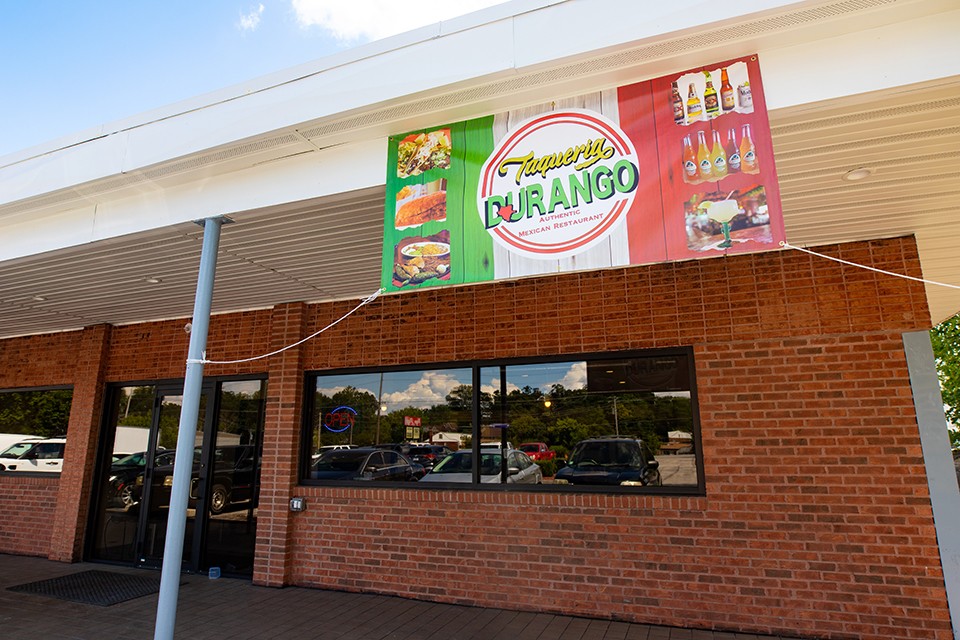 Angelica Lopez could not process the words coming through her phone the afternoon of March 5, 2020, even though her aunt, who was on the other end of the line, was speaking clearly. Her family's restaurant, Taqueria Durango, was on fire, her aunt frantically said, and she needed Lopez to call the fire department right away. All but paralyzed with shock, Lopez managed to dial 911 and tell them what was happening. She then left her home, still in her house shoes, to head to the restaurant. She was only three minutes up the road when her sister called with the gut-wrenching news: Taqueria Durango was gone.

The blaze that engulfed the beloved Mexican restaurant sent a shock not only through Lopez's family, but through the greater St. Louis restaurant community. For more than a decade, Taqueria Durango has been a staple of the city's food scene and on the short list of favorite restaurants for chefs, restaurateurs and food lovers across town. Located adjacent to the Lopezes' grocery store and events space in a strip mall off Page in Overland, the restaurant had the feel of a hidden gem, even though it was wildly popular, because of its unassuming feel and traditional Mexican cuisine.

Its destruction was a gut punch to the Lopezes and their loyal customers, but neither accepted it as a knockout blow. Instead, the family rallied to make sure the restaurant would rise again from the wreckage, working tirelessly throughout the year to rebuild. Even when the COVID-19 pandemic made building materials more expensive and the logistics of permits and inspections almost impossible to navigate, they refused to give up. The outpouring of support from their friends and regulars — including a GoFundMe set up by chef Brian Hardesty of Guerrilla Street Food and 9 Mile Garden — made them realize just how much they meant to the community and gave them the strength they needed to keep going. 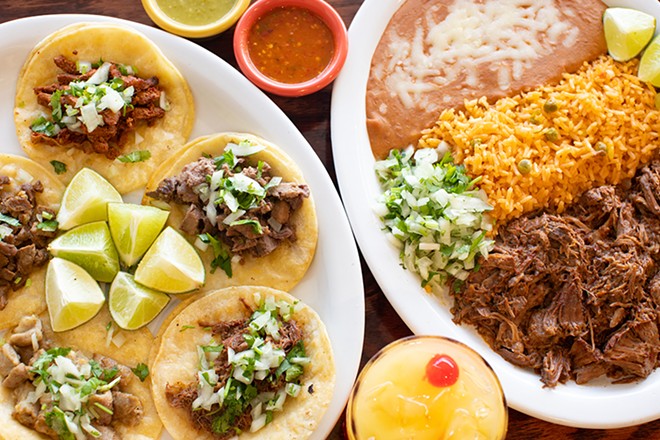 After fifteen months of hard work, the Lopez family reopened Taqueria Durango on June 12. Fans of the restaurant — who have likely already been multiple times by the date of this writing — can rest assured that the place remains fundamentally the same. Though the fire destroyed the physical form of Taqueria Durango, the service, food and spirit are the same as ever. The aesthetic of the rebuilt restaurant is dramatically different. Gone are the green and yellow walls and wood paneling, which have been replaced with a bright white and grey color palette. The decor is sparse; Angelica Lopez admits that part of the remodel is still a work in progress, but the family simply had to open the doors rather than wait until everything was perfectly in order.

Lopez need not worry about the fact that she hasn't had time to put up wall hangings. The food coming out of Taqueria Durango's kitchen is so delicious, it's impossible to focus on anything else. Tacos, a signature of the restaurant, are still a contender for the best version in town. Delicate corn tortillas (you can also opt for flour) are stuffed to the brim with various fillings, including fork-tender barbacoa that tastes like a Mexican pot roast, sweet and savory al pastor and shockingly juicy shredded chicken. For the indecisive, the Campechano Taco version combines carne asada, chicken and the most flavorful, paprika-and-garlic-laden chorizo you'll ever taste.

That same chorizo is the star of the Chori Pollo, another of the restaurant's crowd pleasers. A thinly pounded chicken breast is grilled, then topped with the crumbly Mexican sausage and luxurious queso and placed on a bed of sautéed bell peppers and onions. The spiced drippings from the chorizo mingle with the cheese, forming a glorious sauce that brings a tear of joy to the eye.

And they keep flowing. An enchilada, stuffed with tender pulled chicken, is smothered in a deeply savory, yet slightly tangy, red chile sauce that's so good the Lopez family should bottle it and start an enchilada sauce empire. The carnitas version of the burrito mojado also benefits from this mouthwatering nectar, though it would be a wonderful dish even without it. Overstuffed with tender pork, rice, beans and queso fresco, this monstrous wrap is perfection of the form.

Sopes, topped with plump, perfectly cooked shrimp, beans, lettuce, tomatoes and queso fresco, are placed atop a fluffy, fried corn pillow that is soft on the inside but crisped up on the bottom for a lovely texture that the Lopez family has clearly perfected over the years. However, a new dish is just as wonderful. The restaurant has added the wildly popular quesabirria to its menu; here, it's served as a taco that's stuffed with the magnificent slow-cooked, chile-seasoned shredded beef and molten cheese, then griddled off like a quesadilla. Served with a side of birria broth (the meat's cooking liquid), it's sure to be one of the restaurant's most-ordered dishes — and with good reason.

However, if you have to get one dish at Taqueria Durango, focus your efforts on the Torto Panbazo. Really, you can't go wrong with any of the restaurant's tortas — the red-sauce-covered Ahogada filled with pork tips, the outrageous spectacle that is the Cubano, a kitchen-sink sandwich filled with breaded steak, cheese, franks, ham and eggs to name a few — but there's something about the panbazo, with its guajillo-chile-sauce-dipped bread and stuffing of potatoes and that mouthwatering chorizo, that just sings the most lovely tune of warm spice, earth and fat that makes you realize why basically the entire city rallied around this restaurant to get it back open.

Angelica Lopez has said that, though she knew the restaurant had a loyal following, she and the rest of her family were unprepared for the amount of love and appreciation they received following the fire, and she hopes the family can come back better than ever to return that love. All you have to do is take one bite of that torta — or any of Taquria Durango's outstanding dishes — to understand that the feeling has been returned tenfold.