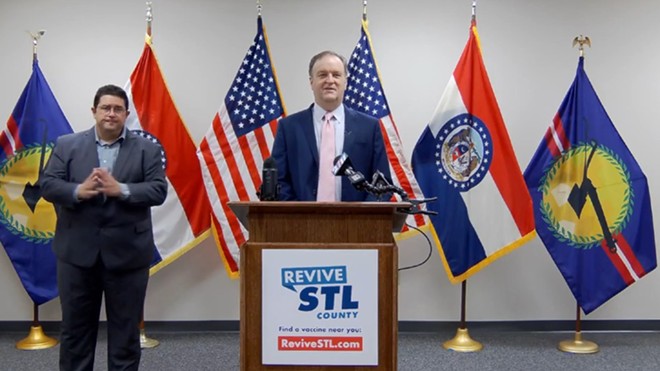 “The pushback against masks has slowed our progress in slowing this virus,” Page said in the conference.

Mask mandates have been at the forefront of debate at council meetings for two months now. County council meetings have become hotspots for anti-mask and anti-vaccine protesters to spew misinformation — causing YouTube to take down videos of the meetings — and express their discontent at the council members. Some of the members of the council have also taken issue with the mask mandates, albeit for different reasons.

Primarily, two Democrats on the council — Councilwoman Rita Heard Days, District 1, and Councilwoman Shalonda Webb, District 4 — have critiqued the way the past mask mandate was implemented without any input from the governing body. They have since voted in favor of the mandate after court hearings encouraged the council to work together in previous rulings on the public health order.

Recently, Webb introduced and passed legislation for vaccine incentives, something she long encouraged and touted in council meetings as a different way to end the COVID-19 pandemic.

The Republicans on the council have vehemently opposed the public health orders and some even rejected vaccine incentives. Councilman Ernie Trakas, District 6, opposed Webb’s vaccine incentive program in June because he viewed the word “incentive” as another word for “coercion.”

Councilman Tim Fitch, R-District 3, is a longtime opponent to the mandates but has encouraged vaccines and masking in the past. He took to Twitter immediately after the conference. Fitch said residents of St. Louis county shouldn’t “give the new masking order any credibility.”


St. Louis Countians - I wouldn't give the new masking order any credibility. It's just another way of giving you the middle finger.


“It's just another way of giving you the middle finger,” Fitch wrote in his Tweet.

Judge Nellie Ribaudo has overseen the mask mandate battle since it was introduced in the courts. She had previously criticized the lack of effort to curb the pandemic, as well as those claiming victory in the mask mandate case as COVID-19 rampaged on. Last week, Ribaudo was puzzled by the move to renew the previous public health order instead of introducing a new one.

This new mandate responds to the judge’s orders, Page said in the press conference.

"The judge has indicated to us that a new mask order is the best way to manage this question," Page said. "We believe issuing a new order is following the guidance of the court."

Attorney General Eric Schmitt, whose office has been fighting the mandate in court, tweeted that “this tyrannical forced masking effort is once again illegal” and pledged himself once again to the fight.

The hearing set for the permanent injunction against the previous mask mandate is October 18. Page expects the county council won’t oppose the new public health order.