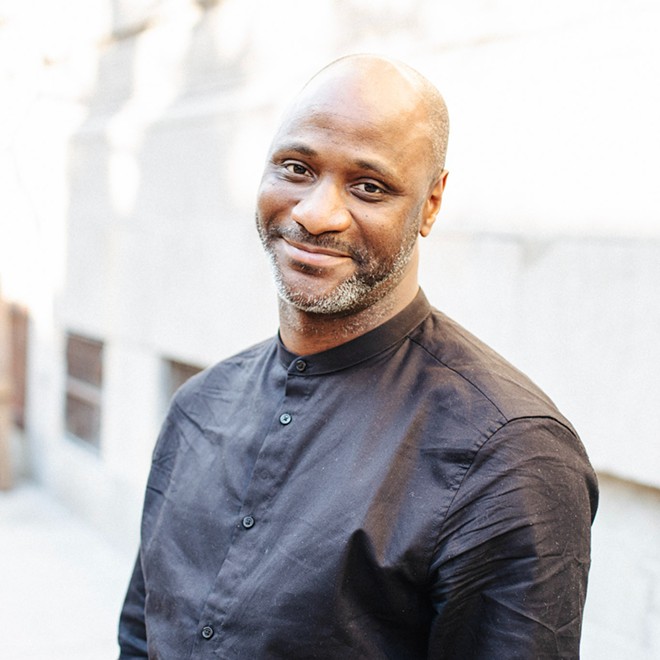 Courtesy of Charles Long
Charles Long, an activist and artist, will be a panelist at the roundtable discussion CAM is hosting.

Community and care. Those two words encapsulate what the Contemporary Art Museum (3750 Washington Boulevard) will focus on for its upcoming event Day With(out) Art: Enduring Care on December 1. The event focuses on World AIDS Day, a day of awareness of the AIDS pandemic and the 40th anniversary of the first HIV diagnosis.

St. Louis was actually home to one of the first AIDS patients. Sixteen-year-old Robert Rayford died in 1969 at the City Hospital officially of pneumonia, but doctors would test his tissue in 1987 — six years after the AIDS epidemic began — and find his death was caused by an AIDS-related illness.

CAM partners with nonprofit organization Visual AIDS to host the event. Beginning with a roundtable discussion, a panel will discuss the power of community care through activism, cultural organizing and art.

Charles Long, an artist and activist on the panel, is involved with a group titled “What Would an HIV Doula Do?” that focuses on providing direct service and support to those living with HIV or AIDS. The activist tells the RFT the panel will probably discuss recent events, like the COVID-19 pandemic, and how community care plays a role.

“We’ve seen communities actually step in and fill the gap where traditional services that are provided by institutions like the government have failed,” Long says. “The importance of community care, not only in these moments, has always been present, particularly around HIV/AIDS activism.”

Long will be on the panel alongside Lois Conley, the host of the Impact HIV/AIDS initiative and founder of the Griot Museum of Black History, as well as Montrelle Day, a senior outreach specialist at Community Wellness Project and HIV educators.

A press release details that the program “aims to disrupt the assumption that an epidemic can be solved with pharmaceuticals alone.” The news release instead points to “corrupt leadership within government and non-profit organizations, as well as broader racial and gender inequities that persist despite scientific advances.”

The panel discussion leads to the showing of films, commissioned by Visual AIDS. Filmmaker Katherine Cheairs will have her short film Voices at the Gate shown at Day With(out) Art. Voices at the Gate was created during the pandemic and throughout challenging personal times for Cheairs and her family. She’s grateful it has come to life and for the Visual AIDS members that supported her throughout the making of the film.

Her film is a collection of archival essays and poems from incarcerated women, many who lived with HIV or AIDS. The poems, originally written in the ‘90s, are performed by contemporary activists, but the cinematography focuses on the landscape surrounding prisons in rural communities, Cheairs describes.

“I was always struck by how there was this beautiful countryside,” Cheairs says in an interview with the RFT, “and then, you know, just up the hill and over there is this large structure with these large gates and spaces of detention.”

Voices at the Gate focuses on that juxtaposition of the open land just next to a space where people are confined. She says she wants St. Louisans to be present when they watch the film, to be open to the words and images they’re hearing and seeing.

Courtesy of Visual AIDS
A still from Katherine Cheairs,' Voices at the Gate . The film was commissioned by Visual AIDS for Day With(out) Art 2021.
“I made a film that’s kind of, in a sense, a meditation,” Cheairs says. “There's this idea of land as a witness. The idea of a tree as witness that is listening, that it's hearing a container of stories, as well. Even if people are behind the prison wall, they still have a life, they still have their creativity. That their voices, their message to the world reach beyond that. Because we have, you know, many people who are incarcerated now, that's just not past — it’s an ongoing present experience.”

Both Long and Cheairs are hopeful the panel discussion and films will help inspire St. Louisans to keep the conversation around HIV/AIDS and community care going. Long says oftentimes, people believe the focal point of activism is on the coasts, but he’s hoping that Day With(out) Art can help St. Louisans feel more connected to the “cross sections of art and community.”

Cheairs wants to remind others that HIV and AIDS still exist, and to think about the past where the “vibrant activism” of the ‘80s and ‘90s was prominent. She points to women AIDS activists like Katrina Haslip and Joanne Walker as inspiration.

“These women were fighting in prison for human rights, for access to HIV, medications, access to healthcare as a right, not as somebody who was willing to throw their own selves away because the state or the people who put them there thought that that's where they belonged,” Cheairs says. “For these women to actually say, ‘No, I actually am a human being. These are the things that I need. You need to include me into the definition of AIDS. I need support, I need resources. I'm going to expect this prison to actually care for me because I'm a member of the community.’ It's something we need to be thinking about now.”

Other videos will also be shown, centering mutual aid and collective care. The City of St. Louis Department of Health, Planned Parenthood of St. Louis Region and Southwest Missouri and other organizations are scheduled to have tables with information at the event.

A Day With(out) Art runs from 5:30 to 7 p.m. December 1. Admission is free. Warm drinks and light refreshments are also expected at the event.

Note: An earlier version of this story read that the event ran from 5 to 7 p.m. We have updated the article with the correct time and apologize for the error.