Terry Lee always knew his mom could cook, but he did not fully grasp the magnitude of her talents until he started noticing something peculiar happening at church.

After services, it was customary for members of the congregation to divide up in teams and cook for fellow attendees, rotating the responsibility on a weekly basis.

Normally, things would run business as usual, but on the weeks his mom’s team was on duty, services would be unusually full — so full that people who never attended started coming out of the woodwork. At first he didn’t understand why, until his sister told him what was going on: They were there because of mom.

When you dine at Sides of Seoul, the restaurant Lee and his family opened two and a half years ago as a showroom for Mimi Lee’s cooking, you understand the reason for her fervent following. Tucked away in an unassuming Overland strip mall, Sides of Seoul is, unequivocally, the gold standard of traditional Korean food in the bi-state area. Part deli, part takeout counter and all Mimi, the restaurant draws crowds from far and wide, even as its no-frills atmosphere and unexpected location downplay what a culinary gem it is. 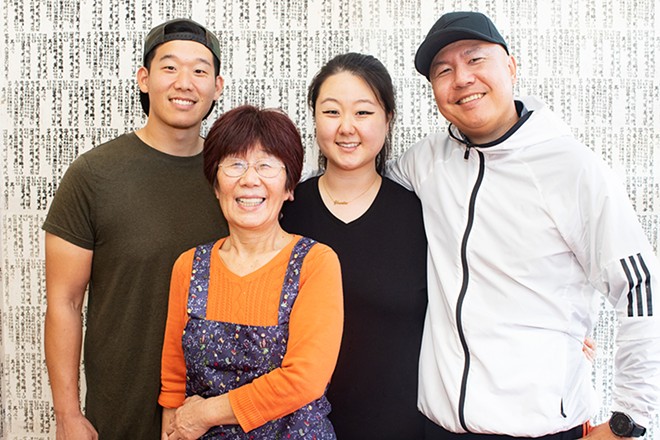 For Lee, his sister, Youni Cho, and his brother-in-law, James Cho, Sides of Seoul made sense as a way to share their mom’s talents with the wider public — something they felt compelled to formalize after her cooking business began taking on a life of its own. As word of her talents spread throughout the Korean community thanks to those church cooking gigs, Mimi found herself inundated with catering requests. Whether preparing food for birthday parties, church events or other special occasions, she worked hard to honor every request, turning her small apartment kitchen into a cramped production line.

Seeing the demand for her food got Lee thinking: What if he, Mimi, Youni and James started an actual restaurant in order to both formalize and expand upon the growing catering business? All three children had the backgrounds to draw upon. Lee, who had worked in restaurants since he was thirteen years old, had held every position from dishwasher to busser to cook, and had even owned a restaurant in Columbia, Missouri. His sister, too, had worked in the business since she was a teenager, focusing on the front of the house, and her husband, James, was born and raised in Korea, bringing to the table a familiarity with the country’s food culture as well as a knack for making the Korean rice rolls known as kimbop. It made sense that they should put their talents to work in support of their mom’s clear culinary genius.

At first, the four envisioned Sides of Soul to be a banchan restaurant, focused on the vast array of Korean side dishes that accompany main courses. However, even though they opened as such, they kept getting so many requests for other dishes that they decided to add them to their repertoire. Before they knew it, they had a full menu of Korean dishes, ranging from kimchi to tteokbokki and everything in between — and a loyal following who could not get enough of Mimi’s food.

Lee believes that what makes Sides of Seoul so special is that it adheres to the old-school way of doing things. As he describes it, Mimi’s food is “Korean old lady cooking,” the way of doing things that eschews measuring cups and teaspoons for touch, feel, sight, smell and taste. The result of her insistence on doing things the right way is explosive flavor — the type of food where you can taste the care and passion that went into it. Sides of Seoul’s kimchi pancake, for instance, is a fluffy masterpiece, studded with cabbage kimchi that infuses the crepe-like dough with spice and funk. There’s a subtle sweetness that hits the tip of your tongue, which gives way to piquant heat that warms your whole mouth. Unadorned, it’s a delight, but when dipped in the accompanying vinegar-soy sauce, it electrifies every millimeter of the palate. 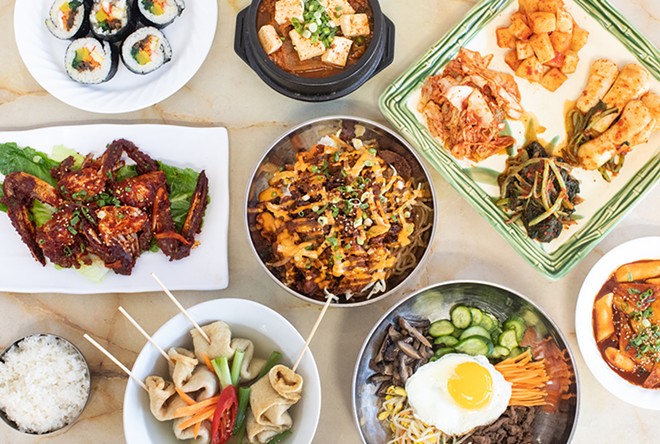 The kimchi jjigae is equally masterful. The key to the dish is the broth, a glorious nectar that is as if all the flavors typical of Korean cuisine — garlic, fermented soybean, soy, sesame, chiles — have been distilled into a delicate liquid form. Pork, tofu and a cornucopia of fermented vegetables bob in this liquid gold, nourishing both the body and spirit.

Sides of Seoul’s tteokbokki is perfection of the form: tubular rice cakes with a wonderful sticky texture, thin fish cakes that lend their gentle sea flavor to the entire dish and a chili sauce that is sweet and punctuated with warm spice. A whole hard-boiled egg accompanies the dish and adds richness to the concoction.

Lee credits his brother-in-law, James, with making the restaurant’s outstanding kimbop. Similar to sushi, the seaweed-wrapped rice roll is a canvas for a variety of ingredients, but with a distinctly Korean flavor. Pickled radish, crab and egg give the “Regular Kimbop” an earthy and sharp taste, while the bulgogi version employs the quintessential Korean barbecue beef, infusing the roll with the taste of sesame, soy and just a hint of sweetness. 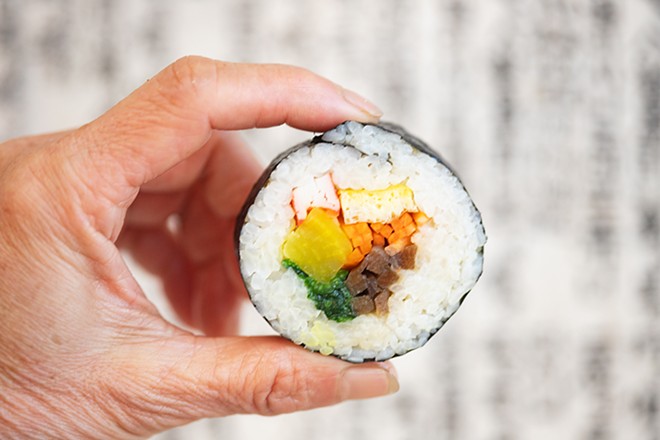 The bulgogi also shines on the “Beef Bulgogi Bowl Bop,” which places the meat atop rice and glass noodles so that they soak up every bit of the delectable marinade. Assorted vegetables and sesame seeds adorn the dish, and a fiery mayonnaise drizzle finishes the meat and gives the bowl a gentle spice that pairs beautifully with the marinade’s sesame-forward flavor. You can enjoy the bulgogi as the bowl, or as a plate served with rice, assorted kimchi and other banchan. Or, you can opt for a different protein presented in this fashion, like the magnificent spicy pork, which pairs the fork-tender meat with a medium spiced chili sauce. More like a paste than a liquid, the hot and funky condiment clings to the pork, forming a delicious coating that is somewhere between a rub and a glaze. It has heat for sure, but it’s more like the warmth you get from sitting near enough to a firepit to feel its comforting effect, but not so close as to get burned. Paired with the accompanying cabbage kimchi, it makes your mouth go wild.

Lee is proud of the fact that he’s taken what he has learned from his mom, Mimi, and is able to translate that to an army of loyal customers. Every day, he hears how delicious the food is, a compliment that is aimed at him as he mans the grill most of the time. What keeps him grounded, though, is his mom’s unapologetic and relentless critiques. He laughs when he talks about how he still gets in trouble with her all the time; just when he thinks he has a recipe down pat, she’s there to tell him otherwise. He knows that it’s the way she shows her love for both him, his family, and the customers who frequent this gem of a restaurant — and because of that, he wouldn’t have it any other way.