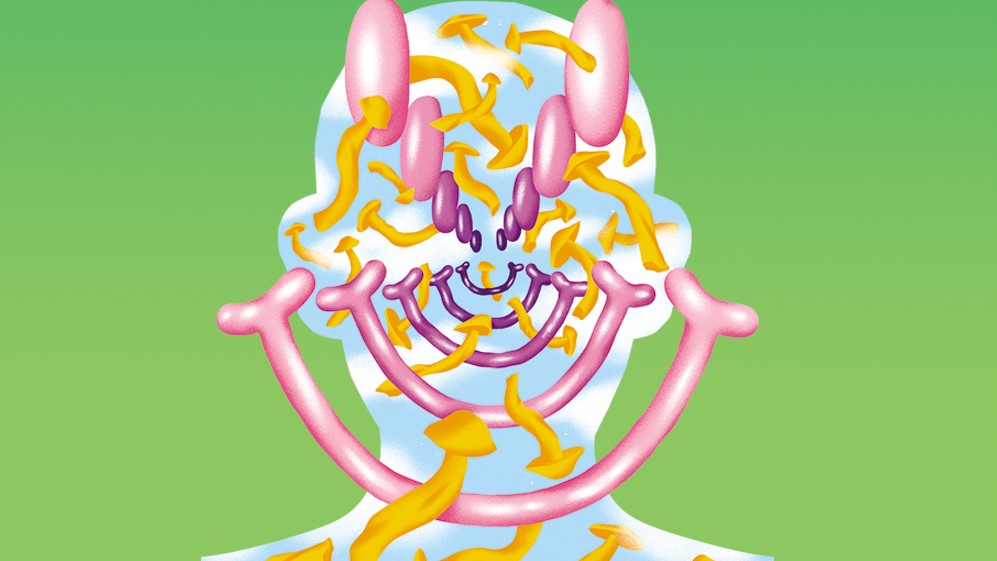 ILLUSTRATION BY TYLER GROSS
Seeking relief and disembodiment, Missouri users of psychedelics hope new scientific research — and one day, legalization — open more eyes to the beyond.

Inside the salt room, Scott Mickey flew above the bright expanse of his own consciousness. His eyes were closed. A weighted blanket pressed his body into a recliner. In his arm, an IV delivered a few dozen milligrams of ketamine to his bloodstream.

His mind was somewhere else.

"I ain't gonna lie, I was very skeptical," recalls Mickey, a 45-year-old business owner who runs a chain of head shops in rural Missouri. Before ketamine, the Rolla native had spent much of his life gripped by a deep social anxiety that made crowded indoor spaces, even a trip to the grocery store, intolerable to the point of breakdown.

He had gone to a psychiatrist. They prescribed him the antidepressant Xanax, but he says it felt like "wrapping your head in a blanket." So, one day this past October, he went to a different doctor, one located in a compact strip mall opposite the Saint Louis Galleria in St. Louis.

Ketamine is undergoing something of a renaissance. First synthesized in 1962, the substance has been used for decades as a surgical anesthetic, and not just because of its ability to safely render a person unconscious. For reasons scientists are still studying, the introduction of ketamine releases the mind to dissociate — that is, to be blissfully unaware, in all sensation and memory, of the physical trauma happening to their body.

However, with smaller amounts of ketamine, a person can experience that disassociation without the amnesia. That experience, as shown in the growing body of scientific research and widening availability of treatment options, acts as a profoundly effective antidepressant.

But it's not just ketamine that holds such promising possibilities for treatment. Currently, a combination of state and federal laws block patients from using an even more powerful line of psychedelics, substances that have long been used in indigenous rituals and which are well known to the crowd of self-experimenting "psychonauts" for their mind-expanding effects.

For Mickey, attending music festivals in his twenties had brought him into contact with hallucinogens like LSD and magic mushrooms, but it had been many years since he had taken a psychedelic trip. That day at the clinic in St. Louis, as the salt vapors flowed, he found himself settling into a comfortable chair and listening to the music coming from the wall speakers, the melody soft and meditative.

"I was sitting there, they started the IV, and I just got this little bit of a tiredness that came over me," he says now. "It was like, 'Oh, I could probably lay back and get comfortable.' When I laid my head against the pillow, it was like a light switch. It was, boom, there I was, flying. And there was no fear to it."

He remembers looking down at an endless landscape beneath him. He says, "I started thinking about my anxiety — why do I get uncomfortable in various situations? I flew close to the ground and saw this dark spot in the center of this snow-covered region. I instantly knew that it was either trauma or something that had happened in my life that created that inside of me."

As easy as thinking, Mickey flew down to the dark spot, and "exchanged energy." The spot turned light, and, he says, "as it happened, I would feel the release of this incredible weight."

Today, he describes it as one of the most powerful sensations of his life. He was sold.

After decades of legal restrictions and fear mongering, Americans are finally coming around to the notion that psychedelics are legitimate medicine. Even as the law and science lag behind, people in Missouri like Scott Mickey are already embracing ketamine; and these aren't hippies or followers of the sort of LSD utopia envisioned by Timothy Leary in the 1960s — these are simply people in pain.

During a recent visit to the Radiance Float + Wellness clinic in Richmond Heights, psychiatrist Dr. Zinia Thomas walks through a short hallway to the salt room, the same room in which Scott Mickey tuned in, dropped out and started flying through his mind. The back wall, built of rock salt bricks, is lit with cool blue lights. A flier on a table features a friendly message, "Enjoy your K-Cation," beneath a photo showing a line of multicolored cottages on a perfect beachfront.

Thomas founded the clinic in 2017, one year before then-President Donald Trump signed the federal Right to Try Act that made some classifications of drugs, including ketamine, open to therapeutic use if patients had exhausted FDA-approved treatment options.

At first, Thomas says she considered ketamine treatments as an option of last resort. But two key events shaped her current stance that ketamine is for everyone.

First came Missouri's legalization of medical cannabis. In 2020, Thomas began prescribing medical marijuana licenses to hundreds of patients across the state through virtual appointments. Quickly, she says, it became clear that people were seeking more substantial relief than even high-potency cannabis could offer.

Thomas says she began suggesting ketamine as a possible treatment for her medical marijuana patients' more serious health needs. Around the same time, the pandemic hit — and with it, the crush of isolation, job stress and the ever-present tragedy of the rising death toll. She believes the pandemic inflamed a mental-health crisis that was already burning out of control.

"Even high-functioning people have suffered so much loss in the pandemic," she notes. "I just thought, 'Why should you have to fail other antidepressants before trying something like ketamine?'"