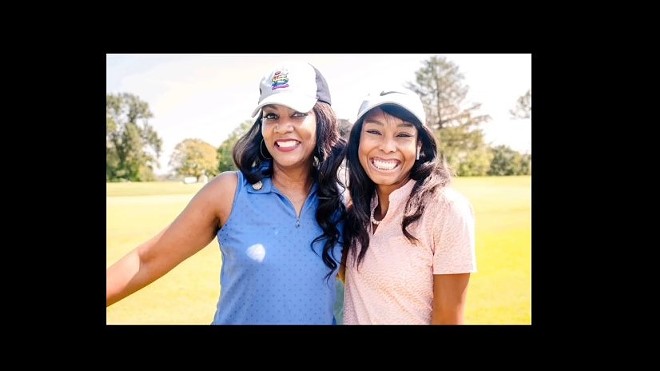 THIS STORY HAS BEEN UPDATED AT THE BOTTOM

Ten days ago, Cora Faith Walker died following a birthday party for her close friend, Mayor Tishaura Jones. Walker was 37. The cause of her death is not yet known.

A former Missouri State Representative who had become chief policy officer for St. Louis County Executive Sam Page, Walker was not a household name, but she was influential in city, county, and state politics, and widely beloved by her colleagues.

Her memorial service last Friday at North St. Louis church Friendly Temple Baptist was standing room only. “Cora was unwavering in her commitment to uplifting those around her,” said US Rep. Cori Bush, speaking from the floor of the US House of Representatives. “Above all else, she always stood for what's right.” Mayor Jones officially designated March 18, 2022, as Cora Faith Walker Day.

Meanwhile many of the mayor’s supporters, particularly her outspoken father, Virvus Jones, have fired back at journalists attempting to investigate and voice editorial opinions about this story, accusing them of insensitivity and racism.

It all adds up to a powder keg situation that is growing increasingly volatile.

Born in St. Louis, Walker spent her childhood in Tuskegee, Alabama. She graduated from Washington University with a BA and, later, a Master’s in Public Health, and received a law degree from Saint Louis University. Elected to the State Legislature in 2016, Walker was a rising star in Jefferson City, who specialized in health care. Even opposition figures respected her.

All the while, Walker remained particularly close to Jones, with whom she shared a longstanding friendship. The pair recently traveled to Jamaica for Jones' 50th birthday. On social media, Jones called herself “senior” to Walker’s “junior.” “Happy birthday to @tishaura — one of the best mentors and friends a girl could ask for!” Walker tweeted shortly before her death, along with a montage of photos and a video of the pair together.

Walker’s final evening began on Thursday, March 10 at a midtown events venue called NEO On Locust, where she, Jones, and others ate dinner together. The party celebrated Mayor Jones’ 50th birthday, and many elected officials, from St. Louis and beyond, were in attendance.

At some point in the evening Walker and Jones moved on to the afterparty, held at the Loews Hotel at Ballpark Village. Few details about these hours are known, but at one point EMS was called to assist Walker. Initially, Page’s campaign said she died that Thursday evening, but Jones’ office said she died the next morning. After the ambulance took Walker to SSM St. Louis University Hospital, she was pronounced dead just before 10 am on Friday morning.

“The hardest part of grieving a friend who was also a public figure is seeing people you KNOW hurt her and let her down post anything beyond their regret for having valued ambition and greed over loyalty and decency,” wrote Pamela Merritt, executive director of Medical Students for Choice, on March 13. "She modeled grace and dignity. I prefer vengeance.”

Jones retweeted the message, adding: “All. Of. This. We know who you are. And we won’t forget what you did.”

Some of Walker's friends and associates called out Trager for insensitivity, demanding she be fired.

“Let her rest in peace, for ONCE,” wrote alderwoman Annie Rice. “Let her family and loved ones grieve. Public servants aren’t for your consumption. [W]e’re human beings.”

After Trager filed a Sunshine Law request for Walker’s text messages, emails and call log, outrage flared again. “You don’t need to sunshine her texts or emails to tell the story of her death,” wrote Virvus Jones. “The autopsy report will do that. You don’t need to make up shit about who was there when she died. There are hotel videos.”

But not everyone believed the public scrutiny was unwarranted. For one thing, it was not clear who called EMS.

The Medical Examiner’s office was the first to notify police about the incident, suggesting the possibility that no one immediately called 911. "Police have released no record of any emergency call from the hotel regarding Walker, although the mayor’s office says a 911 call was placed," wrote the Post-Dispatch.

Walker's initial autopsy showed she had no physical injuries, while KSDK reporter Christine Byers reported that a preliminary toxicology report showed no signs of drugs in Walker’s system.

KSDK also asked the mayor's office if Jones was at the Loews afterparty; Jones's spokesman Nick Dunne responded that Jones did not accompany Walker to the hotel.

discovered a photo of Jones alongside Montgomery, Alabama, Mayor Steven Reed on Reed's Twitter feed, posted at 11:44 p.m. Thursday inside the restaurant at the hotel, which read "happy birthday sista mayor!"

Dunne then clarified that Jones "did not stay at the hotel that night, but did go to the hotel's restaurant."

On March 14 Trager reported that St. Louis Police were investigating Walker’s death. Police were called by the Medical Examiner's Office at 5:40 pm Friday, almost eight hours after Walker's death. The police confirmed to KMOV that they were not called to the hotel.

“It was just the nature of how the call came in,” said public safety director Dan Isom to Trager at KMOV. “Originally the police did not respond, and that doesn’t always occur.”

Soon, Virvus Jones called Trager’s reporting: “the vilest & most racist attempt to smear the reputation of a human being I have ever seen,” adding that Walker’s autopsy was not part of a police investigation but had been requested by her family.

In a later tweet, he called Trager a “sewer dweller” and a “witch.”

@LaurenTrager has doubled down on her ghoulish attempt to exploit Cora Faith Walkers death to the extent of making up shit & willingly repeating salacious lies being pushed [by] the evil bitch of southwest county who attended Visitation high School.

“There really shouldn’t even be a need to say this, but it is completely out of bounds, disgraceful and flat out wrong for anyone to threaten a journalist for simply doing her or his job,” French wrote on Tuesday, March 15.

On Saturday, the Post-Dispatch editorial board addressed the “uncomfortable questions” surrounding Walker’s death.

It’s as if top political leaders are doing everything possible to cover up this tragedy in hopes that public attention will turn elsewhere. But serious questions need to be answered — legal questions — because the potential is high that laws were sidestepped regarding [Walker’s] death following an unspecified medical crisis at the Loews Hotel downtown.

The board wondered aloud how an ambulance could have been summoned for Walker “without involving police,” and why Jones’ administration’s accounts of the evening differed from those of Page.

“The time of death is crucial because an innocuous Tweet was posted at 7:53 a.m. on March 11 that someone using Walker’s Twitter account subsequently ‘liked,’” the Post-Dispatch continued. “In other words, hours after Page says Walker had died, a Tweet appears as if to make it appear she was alive and conscious.”

Virvus Jones fired back on Twitter: “There is no current federal investigation, the coroner has said there was no foul play & Cora was alone in the hotel lobby when she died.”

He continued: “latest editorial accuses the Outstanding staff at the Loews hotel (who administered 1st aid thru a defibrillator to Cora) the STL Police & Fire Department, the STL Coroner, twitter of conspiring with the STL City Mayor & her staff to cover up a death.”

Senate candidate Spencer Toder also responded. “I just canceled my subscription to @stltoday. I'll resubscribe when The Post replaces its editorial board and issues an apology.”

Then, yesterday, Post-Dispatch reporter Joe Holleman published claims that a federal investigation into Walker’s death was underway and that fire department records from the evening were turned over to the DEA.

Hours later, St. Louis County Councilman Tim Fitch published, on Twitter, his request for the Missouri State Highway Patrol to investigate Walker’s death. “The mayor and Ms. Walker were apparently together at some point during the evening of her death. The mayor has direct authority over the city police and fire departments who have jurisdiction where the death occurred. These facts create a direct conflict.”

“Did Ms. Walker’s family ask you for your help with this, or are you doing this for political points against the Mayor?” replied lawyer Chelsea Mérta.

Next, the Downtown Engagement and Public Safety Initiative announced a press conference for Monday morning at 11 a.m., in which, “Public Safety Director Dr. Dan Isom will also provide an update regarding Cora Faith Walker's passing.”

UPDATE, 11:22 AM: At this morning's press conference, Public Safety Director Dr. Dan Isom said that Walker stayed overnight at the Loews hotel, entering her room before midnight. He said another individual (whom Isom declined to name) was in the room with her, and left around 7 am. Walker remained in the room until about 9 am, at which point she collapsed in the hallway. There, someone, described only as a "good Samaritan," attempted to perform CPR and called 911.  The ambulance arrived around 9:13, at which point Walker was taken to the hospital, where she died.

UPDATE, 11:25 AM: Isom said that incorrect information has been reported, particularly citing the Post-Dispatch for "errors." "Many have jumped to conclusions based on rumors and innuendo," he said.

UPDATE, 11:29 AM: Isom said that the DEA has not been involved in the case, and the mayor's spokesman Dunne said that there is "no active local or federal investigation." Isom would later somewhat contradict him, noting that the local case is not closed.

UPDATE, 11:48 AM: Isom said that a St. Louis Police detective working the case is also a DEA task force investigator, but that he has reported his findings to SLMPD.

UPDATE, 11:50 AM: Isom: "No evidence was collected from the room," where Walker was staying. The person who was in the room with her is not considered a suspect.

UPDATE, 11:51 AM: Isom said everyone police interviewed spoke willingly, and their only subpoena has been for the hotel video. All they need to close the investigation is "the autopsy, for the cause of death."

UPDATE, 11:54 AM: The room was not in Walker's name, but in "the other person's name," said Isom, adding: "The Police Department absolutely has no conflict of interest."