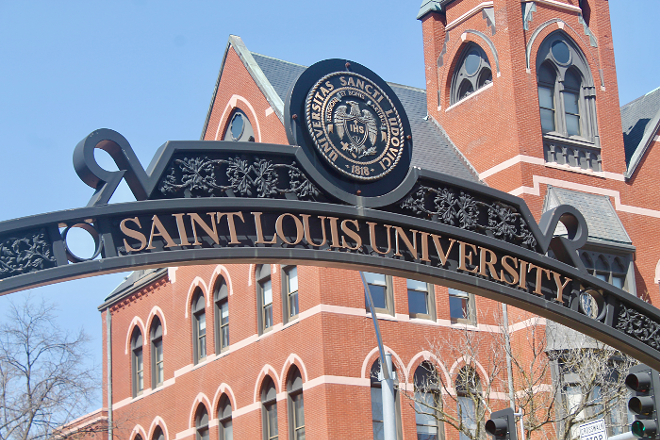 St. Louis Metropolitan Police are looking for a man who they say entered a woman’s shower in a Saint Louis University residence hall the morning of April 23.

Police allege the suspect then entered three separate women’s dorm rooms approximately 40 minutes later. All occurred in Griesedieck Hall on West Pine Street after the suspect first entered the building at 8:52 p.m. the night before.

St. Louis Metropolitan Police
Photo of man who allegedly entered a woman's shower at SLU.
SLU’s Department of Public Safety does not believe the suspect is a student, according to an alert sent to the university's community on May 6.

“We have no reason to believe there is an active or ongoing threat to students living on campus, and we are actively monitoring the campus to ensure that continues to be true,” Assistant Vice President Melinda Heikkinen said in a message to students, faculty and staff.

SLU has since increased patrols and security camera monitoring of Griesedieck Hall.

Police and SLU officials say the suspect stole some items, although it’s unclear what he took.

St. Louis police identified the suspect as a Black male. Security-camera footage shows the man has a goatee and wears wire-rimmed glasses. He left the premises at 6:29 a.m., about two and a half hours after he allegedly entered three students’ dorm rooms.