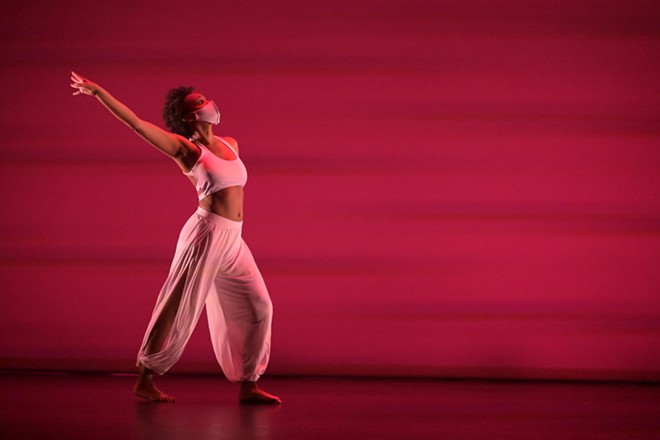 Amara Arts’ new piece, “Speak,” examines how “Afro-Brazilian movement enables us to claim space and speak with our bodies.” The company will be showcasing that work, and others, with an upcoming performance at the Riverfront Times Art A’Fair on June 23.

“I just came out of grad school, so I’m in this very experimental mode,” founder Charis Railey says. “We’ve got a fun interactive segment planned as well that plays with the idea of conversation between audience, dancer and the art experience that’s being created by us all.”

Like much of the St. Louis dance company’s work, it’s informative and interactive and blurs the divide between performer and audience. True to the roots of Afro-diasporic dances, the wall between spectator and performer is “permeable,” Railey says. While European performance art traditions encourage passive spectating from audiences, African art traditions empower viewers to connect and contribute to the performance.


Inspired by playing instruments with an African storytelling performance company as a kid, Charis created Amara Arts in 2018 to be a “dance company focused on arts of the African Diaspora in the Americas.”

The Atlantic slave trade stole more than 12 million people from a dizzying array of cultures across the African continent to live and work in unspeakable conditions up and down the Americas, creating the Afro-American diaspora. Reaching back across the ocean to remember and adapt homeland traditions to their new environment helped Africans survive in the New World.

Afro-descendants emerged from generations of slavery and discrimination in the New World with an expansive collection of dances to promote wellness and resilience. From hip hop and salsa to samba and tap dancing, these art forms reflect community and strength in spite of historical circumstances, Railey says.

Informed by Railey's background in anthropology and the Dunham technique, Amara Arts interweaves this history throughout its performances. Created by Katherine Dunham and inspired by her anthropological work, the Dunham technique heavily incorporates elements of African and Afro-Caribbean dance. Dunham's work broke barriers by blending performance art with cultural understanding, an approach Charis emulates.

“I’ve got a heavy focus on learning the original context, culture and history of a dance before putting it in my context,” she says. This approach allows the audience to understand and connect with the dances. Charis fondly recalls some audience members telling her after a show that “we don’t speak Portuguese and don’t know anything about Samba, but we felt the weight of what you were doing.” 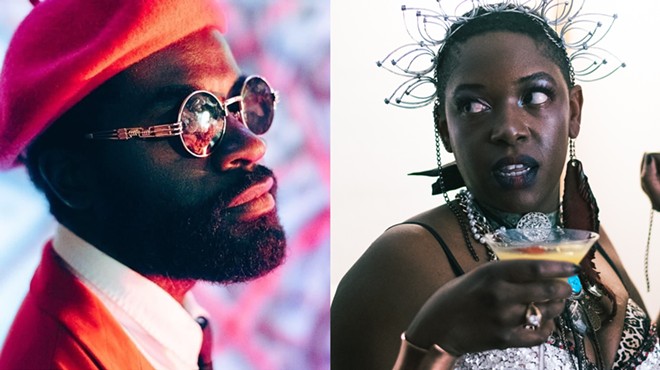 
“That’s what we want people to take away from our performances,” Charis says. “Even if we can’t verbally explain the context and history behind a dance, we want them to feel the weight. For example, if we’re doing samba, people see the bikinis and feathers and pretty girls in costume, but we also want them to see the sense of community the dance promotes.”

Amara Arts tours throughout the St. Louis area and surrounding regions such as Indiana and Illinois, performing in venues from birthday parties to cultural celebrations, inspired by the feedback they receive.

“I like the performances where I get to connect and see how it’s affecting people,” Charis says. “Hopefully, after the performance they’ll find someone to take dance classes with and continue listening to the music and dancing in their living rooms.”

Catch Amara Arts at the Riverfront Times’ Art A’Fair on Thursday, June 23. Tickets cost $25 online and at the door. Read more about it here.