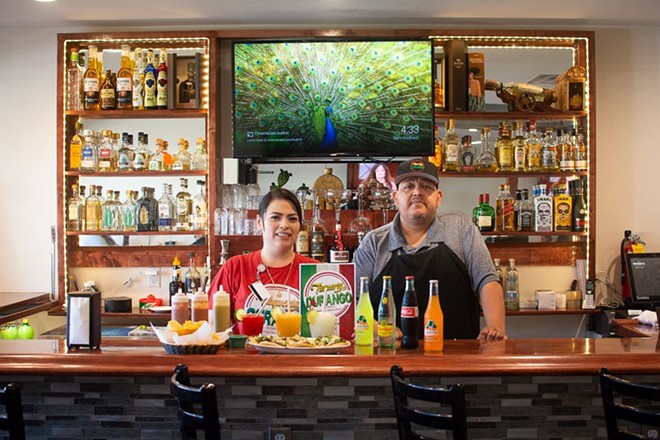 Andy Paulissen
The Lopez family is the heart of Taqueria Durango.

The Lopez family had no idea they would open a grocery store and restaurant when they moved to St. Louis from California in 1993. In fact, they weren't even sure their move would be permanent. Transferred from the West Coast to the middle of the country thanks to their dad's job, Angelica Lopez and her siblings were told they were packing for a few-years' stint. Then it got extended. And extended again. Before they knew it, they were a decade into their new life — and they were loving it.

"My dad was working for the May Company, at the time affiliated with Famous-Barr, doing IT for them," Lopez says. "The company relocated here, and we decided to stay. We really liked St. Louis. We got used to it. It's a nice place to live, but when we got here, there were hardly any Hispanics around, and there was only one store down on Cherokee Street. We figured, why not do a little store and see how that goes?"

That little store has grown into Taqueria Durango (10238 Page Avenue, Overland; 314-429-1113), a Hispanic grocery store, meat market and restaurant that has endeared itself to its Overland community and beyond. Founded in 2003 as a small market, the Lopezes have expanded twice, rebuilt once due to a fire and continue to grow their legacy as one of the area's essential Mexican restaurants.

Looking back on how they got started, Lopez is grateful to her family for their hard work in building the business and the community for supporting them. As she explains, it was never a sure thing that Taqueria Durango would be a success. Like any place starting out, business at the market, simply called Durango, was slow at first. However, word of its offerings gradually got out, and they began to receive robust support from area shoppers who kept asking for more. Eventually, the Lopez family gave in to their requests.

"People kept asking us if we had any food we could serve, but we didn't," Lopez says. "We had the food in the back that we would eat, and my parents have always been the type of people where if you had food and someone asked, they'd tell people to come and join them. People kept telling us we should put in a restaurant; we didn't think we'd be able to, but we decided to, and it went better than expected."

The Lopezes opened Taqueria Durango in 2010 in the adjacent storefront. The restaurant was an instant success, prompting them to expand again once the dog-grooming business at the end of the strip mall vacated its storefront. Now a thriving market, dining room and events space, Taqueria Durango hummed along, earning a reputation as one of the area's most traditional Mexican restaurants and markets. Then, a decade in, tragedy struck. 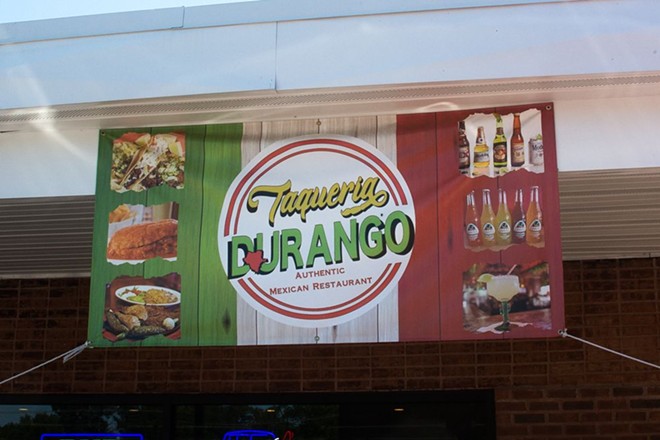 Andy Paulissen
Taqueria Durango had to be completely rebuilt following a fire in early 2020.

"The fire came 20 days before lockdown," Lopez says of the blaze that destroyed Taqueria in early 2020. "My aunt called me at around 3:30 p.m., and I never expected to hear what I heard that day. She told me to call the fire department ... I wasn't even out of the main street of my subdivision when my sister called back and said it was all gone."

On the afternoon of March 5, a fire that started in Taqueria Durango's fryer tore through the kitchen and engulfed the restaurant in flames. The entire storefront was destroyed in mere moments — a scene that gives Lopez chills when she recounts how everyone escaped uninjured. She and her family were grateful for that, even as their business lay in a heap of ashes; their gratitude would grow even more when they heard the news that, within hours of the fire, local chef and Taqueria Durango regular Brian Hardesty had set up a GoFundMe to help them get through such a difficult time.

"I talked to him, and he said that he was so sorry for what happened — that he was a longtime customer — and he did this for us because we are part of the community," Lopez says. "It was very touching to me and to all of us. I will always thank him for that." 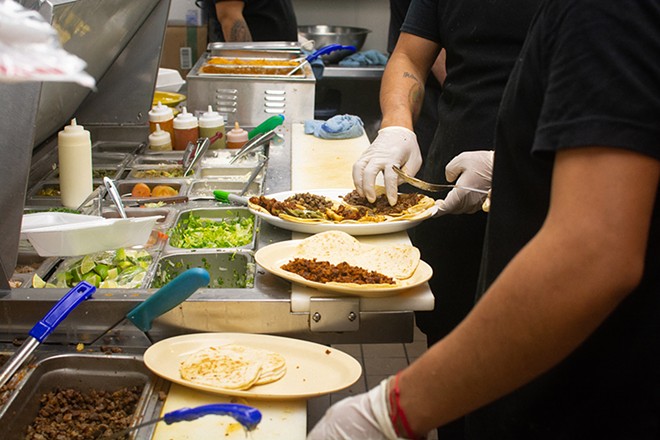 Just as the Lopez family was beginning to wrap their heads around how they would clean up and rebuild, another challenge presented itself: the pandemic. Unable to sell their restaurant fare for carryout and stymied in their efforts to rebuild because the municipal permitting offices were closed, they focused their efforts on the market, which thankfully was damaged but not destroyed, and sketched out a vision for what they wanted Taqueria Durango 2.0 to be when they were able to reopen.

In June of 2021, they revealed that vision to the world, reopening a new Taqueria Durango that Lopez believes is better than ever. More than only changing the physical footprint of the space, she feels that the fire crystalized in the minds of its patrons just how much the restaurant means to them. She hears these stories all the time, whether it's multi-generational families coming in to celebrate their milestone events, or a longtime college-aged regular who still wants to host his birthday festivities at the restaurant like he did in middle school. No matter how much the fire took away from the Lopez family, their tenacity and the love of their regulars has given back so much more — which Lopez says gives her and her loved ones the energy they need to keep going.

"I love how people can sit here and meet others and have great conversations," Lopez says. "People have made friendships just from sitting at the bar. Our customers and our community don't judge you; you just come in, have a few tacos, a conversation and a good time. Even though there are a lot of sacrifices involved, that makes everything worth it; that's what makes us want to keep doing what we do." 


We are always hungry for tips and feedback. Email the author at [email protected]
© 2022 Riverfront Times