On Friday the Association of Alternative Newsmedia announced the winners of its 2022 AAN awards. The awards, which have been held annually since 1996, recognize the best in alternative journalism from across the country. The judges are looking for "well-written, incisively reported" work that "effectively challenges established orthodoxies." The awards were for work done in 2021 when the Riverfront Times was under the leadership of Editor-in-Chief Doyle Murphy.

"Bravo!" the judges wrote. "Each of these covers embody the mission of AAN, command attention (in some cases, appropriately jarringly) and show a level of design craft to admire." 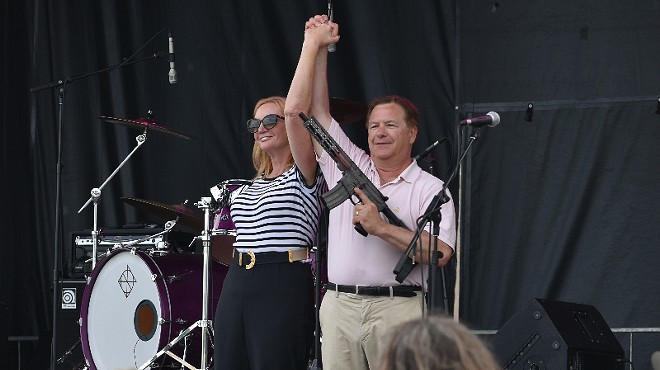 
"Excellent writing in this rousing and hysterical review of a local right-wing rally. The author plays it straight by stating the facts of what happens — they just happen to be that absurd," the judges wrote. "Excellent coverage that shows, rather than tells, people what happened and why it matters."

John Tucker's feature "St. Louis Leads America in Child Murders — And It's Getting Worse" got an honorable mention.

St. Louis Leads America in Child Murders — and It's Getting Worse