'Kick in the Groin': St. Louis MetroLink Closures Cause Delays 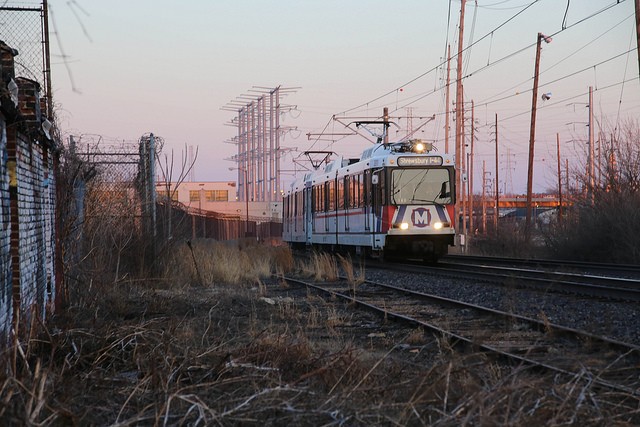 Paul Sableman/FLICKR
The MetroLink, shown in this photo, could be shut down at various stops for the next two weeks.

Ryan McDonald commutes every day from Granite City to Richmond Heights for work. On an average day, he says, it takes two hours each way. Normally, he wakes up at 5 a.m., takes a few buses and rides the MetroLink.

But on Wednesday, a day after the area saw a record amount of rainfall, sections of the MetroLink were shut down.

That meant McDonald had to take a shuttle bus instead of the train – totaling over three hours on the road.

“It’s a kick in the groin,” he told the RFT from a shuttle bus.

And now McDonald may be looking at 13 to 14-hour days for the immediate future.

On Wednesday, Metro told riders that the MetroLink disruptions could continue for two or more weeks.

The shutdowns are a result of Tuesday’s historic 8.64 inches of rainfall. The region’s previous daily record was 6.85 inches in 1915. Some places, like St. Peters, saw up to 12.86 inches of rain.

The flash-flooding at various MetroLink locations caused damage to “light rail tracks, network communications and signals, particularly at the Forest Park-DeBaliviere Station, which is the pivotal station where the Red Line and Blue Line connect in St. Louis,” a Metro spokesperson wrote on its website.

The MetroLink issues, the website says, could cause hour-long delays.

“MetroLink riders traveling through the City of St. Louis and St. Louis County are encouraged to seek alternative transportation options until further notice,” the statement read. 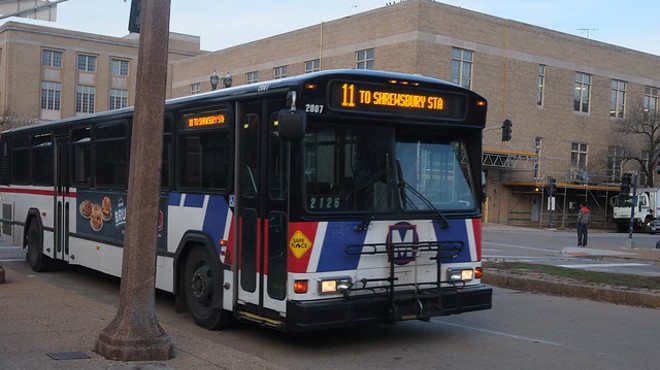 Mathues Morris was one of the people impacted. Morris works as a prep cook at Nachomama's in Rock Hill but lives downtown. Due to the delays, he had to call out of work yesterday, but on Wednesday afternoon, he was back on the train – and then a shuttle bus.

Normally, it takes him an hour to get to work. On Wednesdays, it took two hours.

“It’s taking an awful long time,” he said as he sat on the shuttle playing phone games.

Morris was surprised to learn the delays could last for two weeks.

“Aw nah, that’s not gonna –– I might have to call my boss and tell him he might have to come pick me up,” Morris says. “I can’t keep getting on the bus.”

Despite the hours-long delay for most riders, many were understanding of the issues. At the Big Bend stop, a Metro worker poked his head inside the shuttle and thanked the riders.

“I appreciate you all being patient,” he said. “Unfortunately, hey, something we had no control over.”

This story has been updated.
© 2022 Riverfront Times