Despite Jane Dueker's scorched Earth campaigning, she was not able to pull out a victory 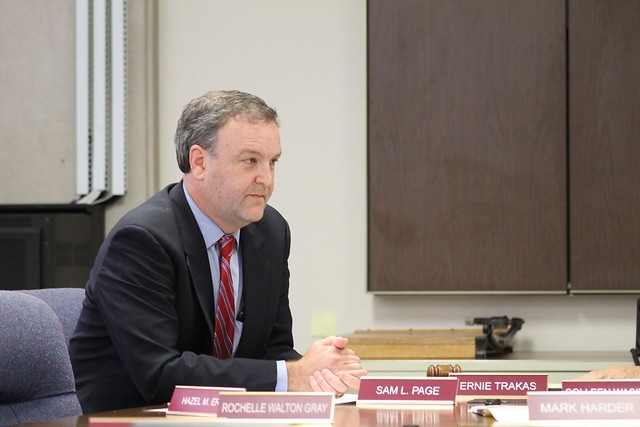 Unofficial election results from the St. Louis County Board of Elections show that Sam Page has beaten Jane Dueker in Tuesday's  primary for St. Louis County Executive. While Page was the incumbent, his leadership in the county has come under fire after several scandals, and Dueker's campaign was described as "scorched Earth" by KSDK. Many criticized Page's refusal to debate Dueker, but the strategy seems to have worked.

With 202 precincts reporting, Page has 63 percent of the vote compared to Dueker's 37 percent. He accepted the Democratic nomination with his family by his side.

Page is likely to face Republican Katherine Pinner, who is ahead of Missouri Rep. Shamed Dogan (R-Ballwin) with 56 percent of the vote and 202 precincts reporting. 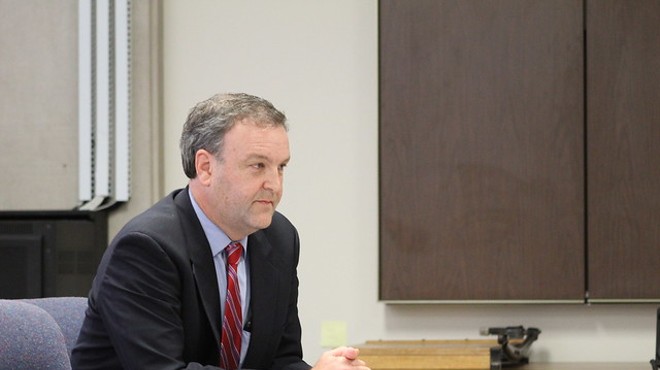 
Page gained his county seat in 2019 following the resignation of Steve Stenger, and then won the seat after a tough four-way Democratic primary a year later. Though Page's win at the time was something of a landslide, he has been rocked by scandal in recent months. Most recently, his top aide, Cal Harris, had to resign after allegations he recorded video of a tryst he had at the office.

Page's record with the St. Louis County jail has also been abysmal. Since he took office, nine people have died in the jail. The Rev. Phillip Duvall, a member of the St. Louis County Justice Services Advisory Board, resigned very publicly in May, citing issues with corruption and lack of movement on reform. 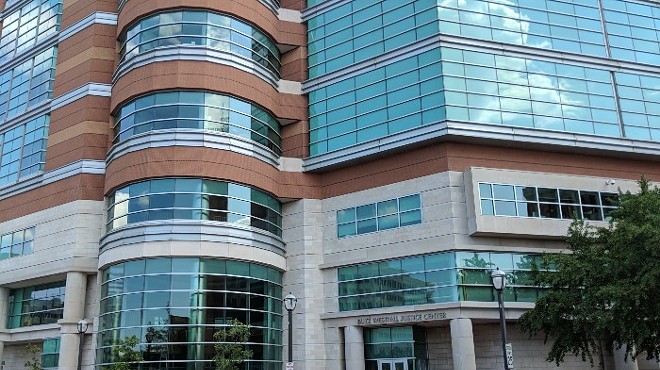 Affairs, Abuse and Cover Ups Alleged at St. Louis County Jail: A group of employees is accused of "mafia"-style tactics to protect their own careers


Page has also been criticized for his response to the coronavirus pandemic, where he often imposed tougher restrictions than St. Louis city. His own party on the County Council fought him over it. On top of that, Page fired former St. Louis County Councilwoman Hazel Erby from an administrative post, sent a strange and public letter to U.S. Assistant Attorney Hal Goldsmith (in which he complained about Dueker), and had other staffing issues.

Photo by Danny Wicentowski
Jane Dueker.
Dueker reportedly said that this was why she ran against him. She thought the county was headed in the wrong direction. Dueker is a government attorney who advised former governor Bob Holden and has worked for corporate law firms. She offered Page $10,000 to debate her directly after he sent staffers to two scheduled debates. Page declined. Dueker also portrayed herself as the anti-Page candidate, critiquing every aspect of his administration and setting her Twitter handle to "I am not Sam Page."

In a blistering interview with KSDK, Dueker made her thoughts about Page's leadership known:

"The problem with the corruption and the scandals as they were at the top leadership is the problem," she said. "The chief of staff that was he was handpicked by Sam Page. Nothing in his biography, nothing in his work background indicated that he was ready for this job. So that was a red flag. Sam Page is the one that hired Mark Tucker as the auditor, a man with no experience and in four years never performed a single audit. In fact, the state auditor found that the lack of oversight by the council and the auditor that was picked by Sam Page enabled Steve Stenger to commit his crimes. That is, leadership at the top."

Despite backing from the St. Louis County Police and Fannie Lou Hamer Coalition, Dueker was not able to pull out a victory.