BENJAMIN SIMON
Holly Hills is a neighborhood in South St. Louis, where residents recently voted for a special business district to generate additional money for the community.

Voters packed the polls in Holly Hills to approve a new special business district on Tuesday.

The district passed with nearly 61.9 percent of the vote, totaling 887 yes votes and 545 no votes, according to final, unofficial results.

More than 62.6 percent of registered voters cast their ballot in the Holly Hills special election, an unprecedented amount was triple the average citywide turnout percentage. Across the city, just 24 percent of St. Louis voters cast ballots in the primary Tuesday.

“I couldn't believe the amount of people we reached with this,” Holly Hills Improvement Association President Christa Edelen says the morning after the vote.

On the day of the election, Edelen stood outside a polling location from 6 a.m. to 7 p.m. There were so many voters, she says, staffers ran out of electronic ballots –– and then paper ballots.

“There were so many people that cared about the interest of their neighborhood and their community,” she says. “That’s the take I got from it.” 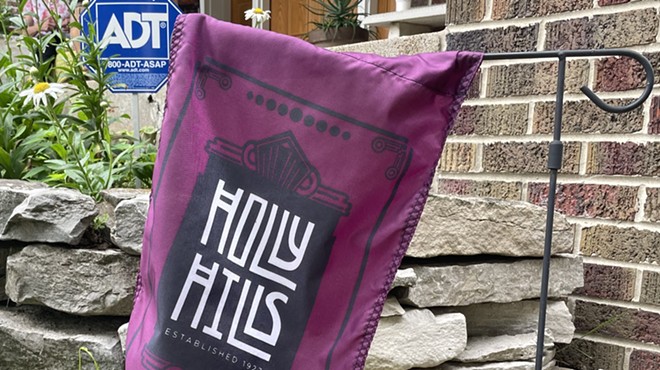 South St. Louis Neighborhood Proposes To Tax Itself: Some Holly Hills residents want more security, additional changes. Others have concerns about the proposal.

Supporters proposed an even split of funds: 30 percent on security, 30 percent on beautification, 30 percent on infrastructure and 10 percent on administration and promotion. The money would add an overnight patrol, trim overgrown medians, update signage and install gates on vehicular entrances around Carondelet Park.

A board of five homeowners and two renters will manage the new district, which must hold monthly public meetings. Each sector, such as security, will have its own 11-person committee board.

In the weeks leading up to the vote, some residents expressed concerns about increased police presence in the area. Others worried about paying redundant taxes or just paying more taxes in general.

But in the end, the special business district passed comfortably.

Now Holly Hills joins the Central West End, Soulard and Tower Grove South, among other neighborhoods, to have a special business district.

“It's not taking away from our city services, it's adding to them,” Edelen says. “And I think everybody really saw that as a positive.”