3 St. Louis teens go from a stolen Hyundai to a stolen Kia, end up with "pissed" parents 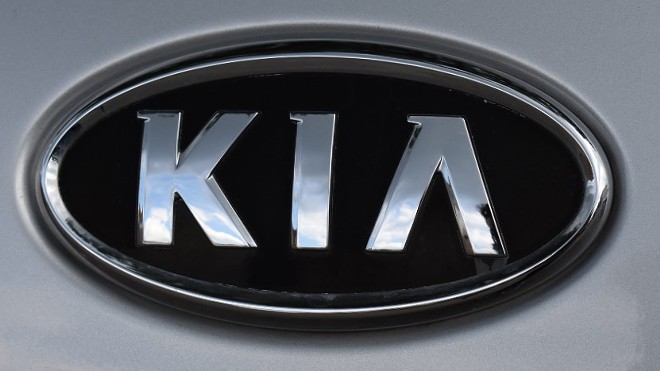 Ryan Krull
Kia's and Hyundai's have seen increased thefts due to the "Kia Boyz" viral phenomenon.

According to Evita Caldwell with the St. Louis Metropolitan Police Department, on Wednesday police observed two 15-year-olds and a 14-year-old near Vandeventer and Forest Park avenues driving a Hyundai Santa Fe that had been reported stolen that same day.

A police helicopter surveilled the teens driving the Santa Fe through both the city and the county. According to one resident who observed the end of the chase, the helicopter tracked the teens using its search light.

While being pursued, the teens exited the Hyundai and entered a Kia Optima that was also reported stolen on Wednesday from the south city area, police say.

Caldwell says that "Detectives attempted to curb the vehicle on Minnesota near Osceola, however the vehicle fled at high rate of speed."

The car chase turned into a chase on foot and the three subjects were taken into custody near Nebraska Avenue and Mt. Pleasant Street in the Mount Pleasant neighborhood in south city.

Police investigation of both vehicles showed that their ignitions had been "tampered with in a way that would allow the vehicles to be started without the designated key," Caldwell says.

A Mount Pleasant resident says she witnessed the arrest in her neighborhood.

"They had [the] police helicopter out, shining its light, looking for these boys," she says. "All the neighbors were out watching."

The Mount Pleasant resident says she saw the arrest happen around 9 or 10 p.m.

"Kia Boyz" refers to a viral phenomenon that has received nationwide attention recently as teens teach each other via Tik Tok how to steal Kia's and Hyundai's using USB chargers.

Tom Holt is a Michigan State University criminology professor who studies the way technology facilitates crime. He's followed the Kia Boyz viral trend and says that the techniques being shared on Tik Tok are probably not enough to teach a total novice how to steal a car.

"I think you've already got to have a layer of knowledge to do it correctly," he says. "If you have no clue about what you're doing, you've never tried to hot wire a car, you're probably not going to be able to do it right the first time just by seeing it on Tik Tok."

Holt adds: "But if you're already vaguely familiar with how to break into a car, or have any loose familiarity with how to how to make it work in a quick fashion, you could probably be more effective."

The Mount Pleasant resident says that after the three teens were arrested, the parents of one of the youths showed up on the scene.

"The parents of one of the boys appeared," she says. "My son said that both mom and dad looked pissed when they saw what had happened."