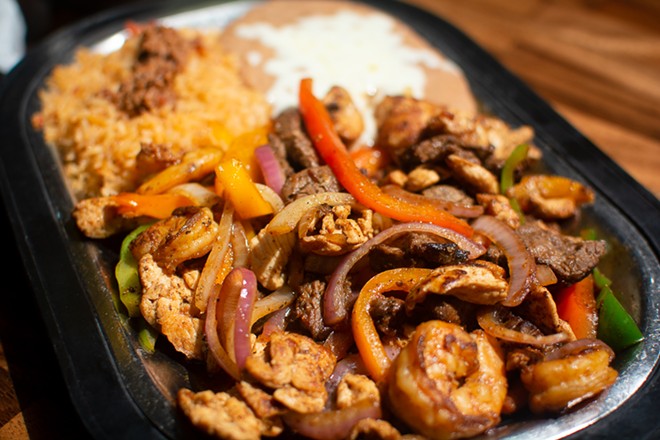 Growing up, John Marshall had a close, loving relationship with his grandfather and Ruiz Mexican Restaurant (901 North Highway 67, Florissant; 314-838-3500) founder, Jose Ruiz. However, the stories he hears from the Florissant mainstay's guests reveal a side to his grandfather he could have never imagined — and they never cease to amaze him.


"I learn more about my grandfather from our customers than from spending time with him," Marshall laughs. "It was a whole other aspect to him, so it's always fun to hear the new stories that are unearthed. Some of them are quite outlandish and always riveting. Of course, libations were involved, and customers still talk about the parties he threw. Some of them still come in because of those times."

Marshall's grandfather may have been a character, but he was also a successful entrepreneur, launching Ruiz as one of the first Mexican restaurants in the St. Louis area with a mere $300 loan from his father. When he opened the Florissant restaurant in 1966, Mexican food had not yet made its way into the American dining landscape, and taking a leap on such an untested concept, especially as a young, first-generation Mexican American, was a risk. 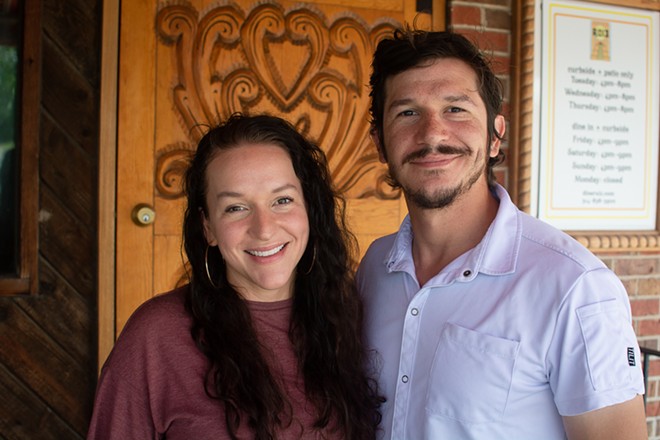 However, Ruiz was as confident in his culinary heritage as he was in his business acumen. Already the owner of an established bakery in Old Town Florissant, Ruiz parlayed his shop's loyal following into a Mexican food concept that he ran out of a neighborhood tavern called Roy's. Almost instantly he outgrew the space, and when a small storefront in a strip mall off North Highway 67 became available, he jumped at the chance to turn his popular food counter into a full-service restaurant.

That spot, which Ruiz named La Cocina Mexicana, became a north-county sensation, drawing guests from all over the area thanks to its easy accessibility to the then-bustling St. Louis Lambert International Airport. The restaurant was originally one of several storefronts in the strip mall, but Ruiz took every opportunity to acquire additional real estate when neighboring businesses closed or moved; eventually, he was the strip mall's sole tenant.

In 1971, Ruiz changed the business's name to Ruiz Mexican Restaurant, proud to put his moniker on such a thriving part of the area's food scene. Thanks to his outgoing, larger-than-life personality and the cooking of his wife Hortensia ("Tencha"), the place became a wildly popular, must-visit dining destination. From regular phone calls with the late KMOX personality Jack Carney to visits from such icons as Eric Clapton and Sean Connery, Ruiz was more than simply a place to grab a bite to eat; it was a vital north-county gathering place. That continued when Ruiz's daughter and son-in-law, Marisa and Doug Marshall, took over the restaurant operations in 1987. Through their capable stewardship, the restaurant was able to survive several difficult times, such as the closure of north-county employment anchors McDonnell Douglas and the Hazelwood Ford plant. They saw recessions, lesser economic downturns, wars and the 9/11 attacks, all the while finding a way to thrive in the midst of such uncertainty. 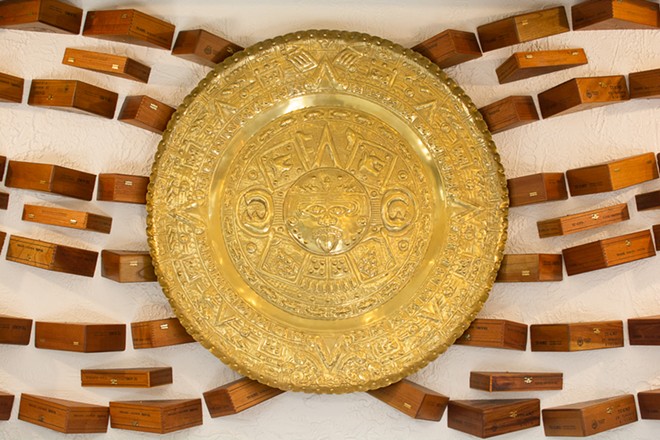 "It feels like our house," Marisa Marshall says. "It's where I grew up, and it was my kids' living room — not their second home but their first home. There is a lot to be said about that energy and the vibe of the place where people feel like it is our home."

Now, 56 years after Grandpa Ruiz took his shot, the restaurant that bears his name continues to serve as one of north county's definitive restaurants. No longer schoolchildren doing homework in the dining room, his grandkids John and Rachael are working alongside their parents to keep their family's legacy alive. They appreciate just how much the dining scene has changed since their grandfather first opened Ruiz; diners now not only see their food as a staple of their regular food experience, but they are also more open to trying new things than in the late '60s and early '70s. This has allowed for an evolution that the family believes keeps the restaurant current.

"When we first started, it was my great-grandmother's recipes, and then my grandfather tinkered with them to make them his own," Rachael says. "Then, my mom and dad took over and made them his own, and now my brother [John] is doing the same. The basics are all still there, but we adjust with each generation. People who have been coming in for years say our food has the same essence, but everyone has put their touches on it." 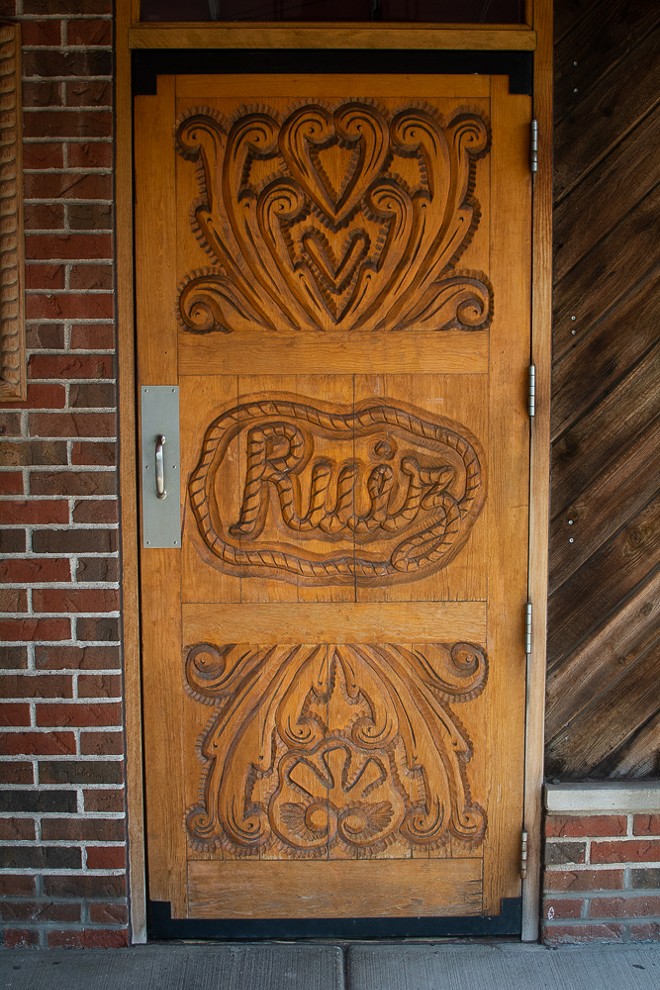 Andy Paulissen
Ruiz has been welcoming diners from north county and beyond since 1966.

However, the family knows that their guests are not simply coming in for the food. As one of the metro area's oldest restaurants, Ruiz has developed a loyal following of regulars that spans generations. Their connections to the restaurant's patriarch live through them and through his family, creating an unbreakable bond of connection among Marisa, Doug, John and Rachael that makes Ruiz feel like more than a restaurant.

"I'll be working in the dining room, and someone will tell me that they remember watching me grow up," John Marshall says. "But now people who I've watched grow up come in with their first dates or are having graduation parties here. There have been so many proposals — many of them, my grandfather was the one who brought out the ring. It's really awesome to be a part of people's special memories."

"The walls here are filled with a lot of love," Rachael says. 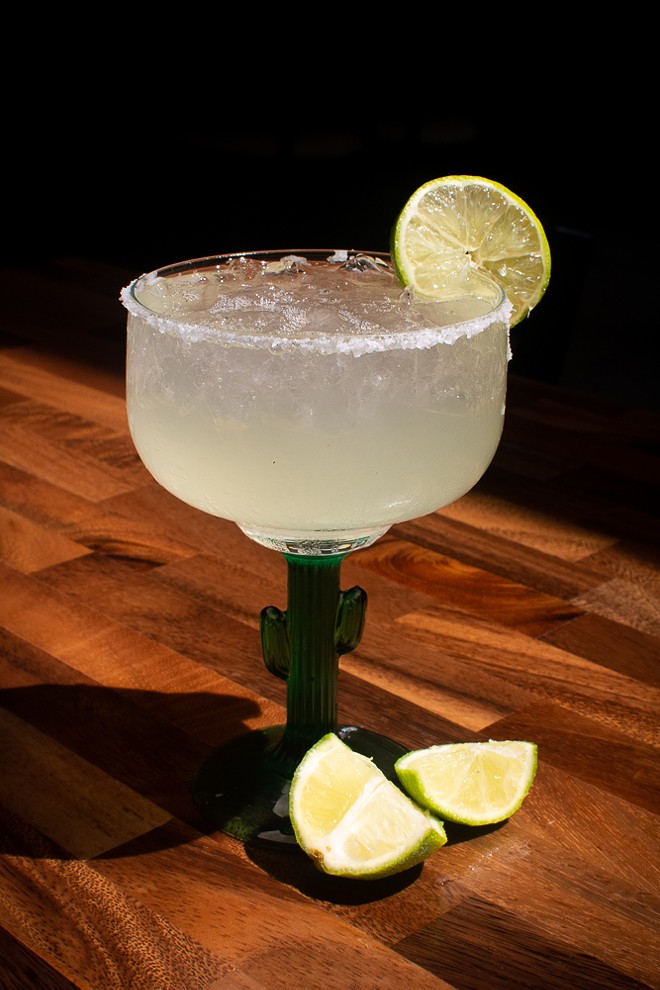 Andy Paulissen
The restaurant and bar is a lively destination for generations of regulars.

As the heirs apparent to the Ruiz restaurant legacy, John and Rachael do not take their duty lightly. With the pandemic upending all aspects of restaurant life, they have had to adapt in ways they never could have imagined. Through it all, their customers have come along for the ride, supportive of the family and willing to adapt with them so that the restaurant can continue to be a thriving part of north county for years to come — just as Grandpa Ruiz would have wanted.

"Between our connection to our customers and our family's place in the restaurant, it's almost as if this is a living being," Rachael says. "We've kept it alive for so long and through so much hardship. My grandpa, grandma, mom, dad — their traits are all in us, and their DNA runs through us."

John Marshall, too, feels a responsibility to honor all his family has created. "I'm just so proud of what we've done," he says. "The odds of a restaurant making it as long as we have must be like one in 20,000. I'm proud we've made it as long as we have, and I want to see us here for another 100 years." 