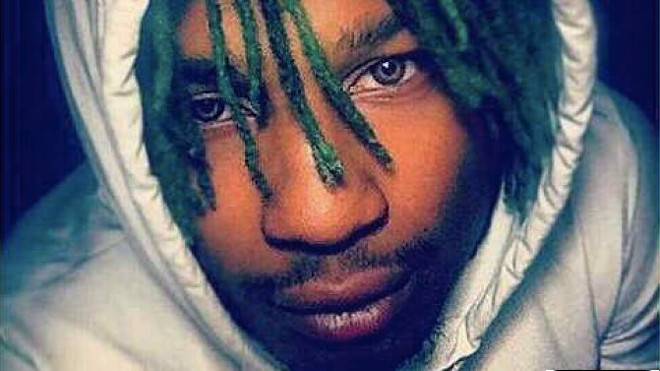 U.S. Attorney's Office
A photo of Andre Montgomery Jr. entered into evidence by the prosecution in the trial of Montgomery's uncle, Tim Norman.

Reality TV star James Timothy Norman’s trial started yesterday in St. Louis. Norman has been accused of masterminding a murder-for-hire plot, that resulted in the death of his nephew Andre Montgomery. Both men appeared on the Welcome to Sweetie Pie’s reality TV show.

If yesterday's opening statements are any indication, the prosecution will spend the duration of the trial, which is expected to last longer than a week, trying to prove to the jury that Norman was a man so driven by money and in such dire financial straits that he masterminded Andre's  murder to line his own pockets.

The defense, however, is painting an entirely different picture of Norman, as a man who felt a special responsibility toward his nephew after Andre's father passed away.

Both Norman and Andre were key characters on the Welcome to Sweetie Pie’s reality show, which ran for nine seasons on the Oprah Winfrey Network, picking up two NAACP Image awards in the process. The show starred Norman’s mother, Robbie Montgomery, better known as Miss Robbie, and centered on her running the popular Sweetie Pie’s restaurant in the Grove. Miss Robbie had a successful career as a singer, working with greats such as Ike and Tina Turner, Barbara Streisand and the Rolling Stones, before beginning her second career as a restaurateur in St. Louis.

Her grandson Andre was killed March 14, 2016. Prosecutors say Norman paid the gunman who killed Andre as well as a Memphis-based exotic dancer Terica Ellis to lure Andre to his fate.

Norman’s alleged motive was money. Prior to Andre’s death, Norman took out $450,000 worth of life insurance policies on his nephew. To do so, he used the insurance broker Waiel Yaghnam, 44, who had once been a music producer for Nelly. 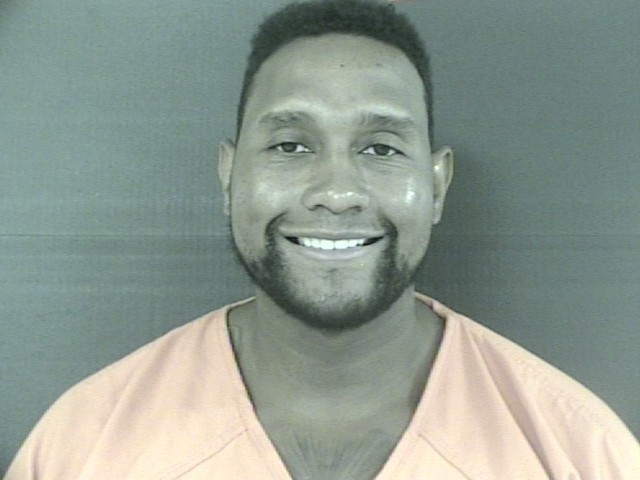 Opening statements this afternoon indicated that the coming days will see testimony from Yaghnam, the trigger man Travell Hill and Ellis who have all pleaded guilty to the murder-for-hire plot, as well as Sweetie Pie’s employees. Norman’s attorney Michael Leonard also indicated Robbie Montgomery will be taking the stand as well.

Not surprisingly, Norman was at the center of the opening statements from both prosecution and defense.

In her opening statement, prosecutor Gwendolyn Carroll said that Norman didn’t call Andre’s mother, Michelle Griggs, in the days after the murder. Instead, Norman called the life insurance company to collect on a $450,000 policy he had on Andre.

According to Carroll, when working with Yaghnam to draw up the application for the life insurance policy on Andre, Norman texted Yaghnam, “Andre might not make it 6 months bro. Not kidding.”

On the day of Andre’s murder, Carroll said that Norman dictated texts to Ellis to send to Andre, and that in the immediate aftermath of the murder when Ellis called Norman, he told her to get out of St. Louis and never come back.

Carroll told the jury that though some of the evidence that will be presented “may seem complicated,” Norman’s plan was a simple one.

When Norman’s attorney Michael Leonard made his opening statement, he said that Norman was largely responsible for getting Welcome to Sweetie Pie’s made into a reality show that allowed the St. Louis-based restaurant to expand nationwide and turned the whole family into stars.

Leonard referred to a “special bond” he said Norman developed with Andre. Norman felt he had a responsibility to help raise Andre after Andre’s father, who was Norman’s brother, died.

According to Leonard, Norman “pulled strings” to get Andre enrolled into Nelly’s Extreme Institute, a school in St. Louis for aspiring music producers. Leonard said that Norman also gave his nephew spending money and a car.

Leonard said that despite all of his uncle’s largesse, Andre became involved with a criminal element that stole from cars and broke into an ATM near Andre’s Central West End apartment, resulting in Andre getting kicked out of the residence.

Leonard conceded that Norman did take out a life insurance policy on Andre, but that was because Andre was an aspiring rapper in the drill genre. Lyrics of drill songs often recount real-life situations from the streets, meaning that Andre’s life might be in danger due to his music, according to Leonard.

Leonard said that Andre himself was at the meeting with Yaghnam about the life-insurance policy and that Robbie Montgomery and Andre’s mother had policies out on Andre, too.

Leonard added in his statement that the jury was “probably going to hear from” from Robbie at some point during the trial.

It was notable that Leonard, and not a prosecutor, was the one who previewed Robbie taking the stand in his opening statement. This likely means that she will be testifying for the defense.

One witness did take the stand yesterday: Andre’s mother, Griggs, the first witness for the prosecution. She confirmed she did have a life insurance policy on her son, though it was much smaller than the one Norman took out. She testified she didn’t find out about Norman’s life insurance policy on her son until she was made aware of it by law enforcement.

She also confirmed that when Andre was killed, Norman did not reach out to her. They only spoke at Andre’s funeral, where he told her “I’m very sorry for your loss.” Robbie, Griggs' mother-in-law, informed her about Andre’s death.

On the stand, Griggs broke into tears at one point as she was talking about her deceased son.