The Best Things To Do in St. Louis During the Week, September 8 to September 14

Check out some music this week 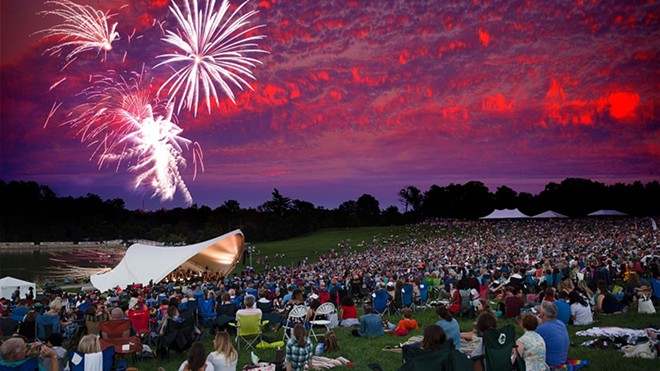 From jams at the National Blues Museum to celebrating a big anniversary to Blueberry Hill to the St. Louis Symphony's Forest Park Concert, the weekday events this week are thoroughly musical. But there's also a scavenger hunt and Sarah Kendzior's book launch on tap. Take a look, and don't forget to plan your weekend as well: 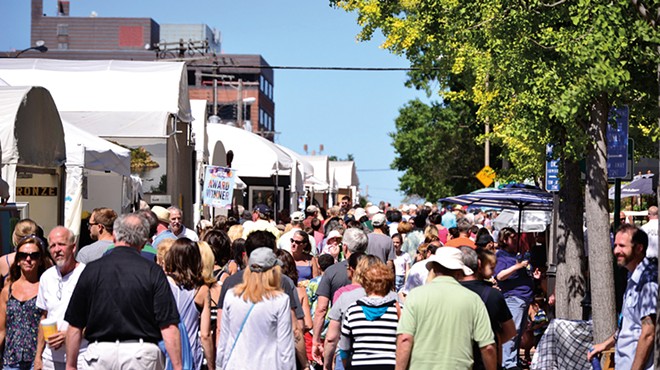 The Best Things To Do in St. Louis During the Weekend, September 9 to September 11: There's something for everyone this weekend

On Thursday nights, anyone can play music at the National Blues Museum (615 Washington Avenue, 314-925-0016, nationalbluesmuseum.org). There's no cost, no genre requirements, no minimum level of experience. Bring whatever musical instruments you can find and jam at Sittin' on the Porch. Meet other local musicians and try some new riffs. But you don't need to be on stage to enjoy the event. Music fans can bring a chair, grab some barbecue from Sugarfire and enjoy the collection of artists playing the blues. The event takes place every Thursday night, but each one sounds different. That's what makes it special. The show lasts from 6 to 9 p.m. with doors opening 30 minutes before the music. Entry is free but requires a ticket that can be reserved online or at the door. 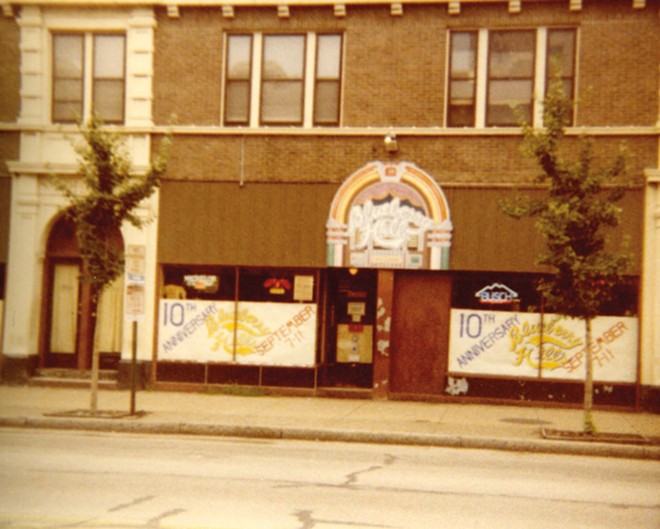 Few spots in St. Louis can speak as strongly to the city's musical and gastronomic heritages as Blueberry Hill, that Delmar Loop stronghold of top-notch onion rings, pop-culture memorabilia and weeknight darts. It was also the storied concert venue where Chuck Berry played his last concert. So it's almost a civic duty that St. Louisans gather at the storied spot this week for Blueberry Hill's 50th Anniversary Party. The celebration will feature live music and karaoke in the Duck Room, a champagne toast, birthday cake, door prizes and raffles, an anniversary photo booth, a trivia contest, a video screening and time capsules. The venue will be debuting a new brew, Rock & Roll Beer, in collaboration with 4 Hands for the occasion. Celebrate the anniversary at 7 p.m. at Blueberry Hill (6504 Delmar Boulevard, 314-727-4444, blueberryhill.com). Admission is free.

Bring some pizzazz to your Monday by gamifying the city you live in with the Amazing Scavenger Hunt Adventure - St. Louis. The event, put on by Urban Adventure Quest, has essentially turned downtown St. Louis into a giant game board or a giant sightseeing tour, depending on your perspective. Using a smartphone, groups will be guided through the well-known and obscure gems of St. Louis while learning about history and solving challenges. The game requires about two miles of walking and should take about three hours to complete, based on how focused players are. The scavenger hunt start time is flexible and kicks off from the Old Courthouse (11 North 4th Street, 314-655-1700). Tickets cost $44 on Eventbrite for a group of five. 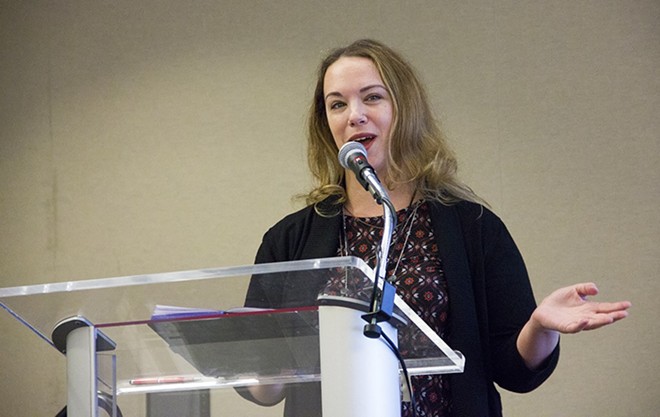 Often viewed as the Midwestern oracle of these modern times, journalist and academic Sarah Kendzior rose to national prominence for being one of the first to predict Donald Trump's 2016 presidential win through her 2015 collection of essays The View from Flyover Country. Since then, Kendzior has stayed busy with a popular podcast, Gaslit Nation, and more books, the latest of which is They Knew: How a Culture of Conspiracy Keeps America Complacent, which delves into the dangers of U.S. conspiracy-theory culture across the political spectrum. It goes on sale Tuesday, September 13, and Left Bank Books will present a book launch at the Ethical Society of St. Louis featuring a conversation between Kendzior and St. Louis Public Radio reporter Jason Rosenbaum. The book launch takes place at 7 p.m. at the Ethical Society of St. Louis (9001 Clayton Road, Ladue; 314-367-6731). Admission is free.

Sure, the actual first day of fall is September 22, but for many in St. Louis, fall is ushered in with St. Louis Symphony Orchestra's Forest Park Concert. Mid-September is known for having some of the most beautiful weather of the year (read an almanac), so chances are high you'll be able to bring some lawn chairs or a picnic blanket to Art Hill and enjoy the music and fireworks display. This year, the concert includes John Philip Sousa's "The Stars and Stripes Forever," Scott Joplin's "The Entertainer" and an excerpt from Gioacchino Rossini's William Tell Overture. In addition to the crowd-pleasing songs, there will be food trucks from Balkan Treat Box, Go Gyro Go, Holy Crepe and more, and a bar from STL Barkeep and Urban Chestnut. The free concert starts at 7 p.m. on Art Hill (35-43 Fine Arts Drive, slso.org/forestpark).